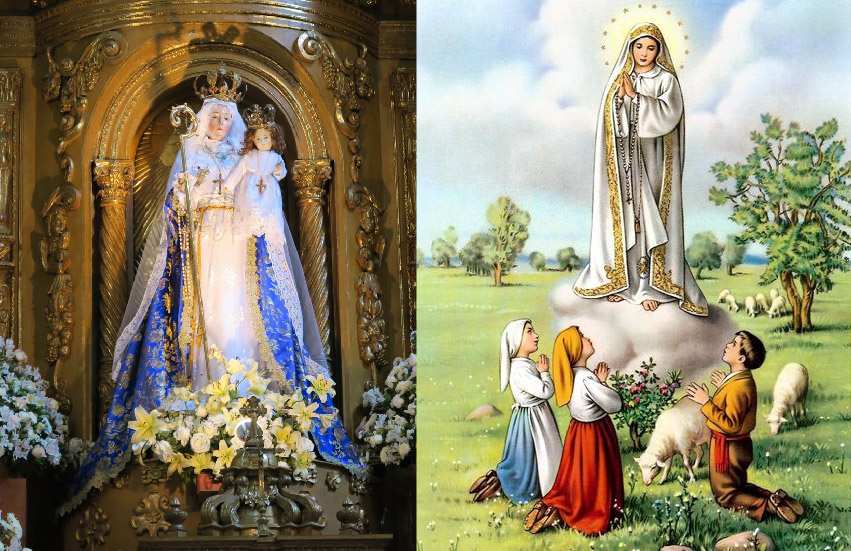 Fatima and Our Lady of Good Success: Part 1

Our Lady has appeared many times in the past, sometimes giving words of wisdom or prophecy, at other times in silence and tears, but always in an effort to inspire conversion. In the last few centuries, She has appeared with a consistent message of repentance and making sacrifices for sinners, and has also warned against the errors of the times. We, of course, think of Her warning at Fatima about the errors of Russia, but we should keep in mind that these errors are in a way the culmination or amalgamation of all the errors She warned us of, decades and even centuries prior.

One apparition which deserves more devotion[1] than it customarily receives is the apparition of Our Lady of Good Success.[2] Our Lady of Good Success appeared several times in Quito, Ecuador at the turn of the 17th century (between 1594 and 1634) to a Spanish nun whose little-known but extraordinary life has a direct connection with our time. This connection was explicitly made by the Blessed Virgin Herself, as She spoke of revolutionary events which would occur at the end of the 19th century and a terrible crisis which would afflict the Church after the middle of the 20th century.

Our Lady made a number of striking prophecies during Her apparitions in Ecuador. There are even very specific ones we do well to consider through the lens of Her Message at Fatima.

The most remarkable event in Her apparitions was the miraculous completion of a wondrous statue Our Lady had commissioned through Mother Mariana. St. Francis of Assisi and the Archangels completed the statue’s construction by painting it with a beauty irreproducible by human hands. Our Lady then ‘entered into’ the statue and enlivened it for several moments while a chorus of heavenly angels sang glorious praises. Our Lady promised this statue would endure until the end of time. Since then the statue has been venerated by Catholics, and the local bishop permits it to be publicly displayed three times a year. Today, many traditional Catholics make pilgrimages to venerate this holy statue, whose beauty is beyond compare. Some of these contemporary pilgrims even claim they have seen the statue’s countenance vary from day to day.

Mother Mariana de Jesús Torres was the Spanish Conceptionist[3] nun who received the apparitions. The authenticity of her testimony is not only substantiated by ecclesial authority, but more dramatically by her incorrupt body and by how heroically she patiently endured terrible suffering, much of which were horribly unjust.[4] Her canonization process was preternaturally prevented by the devil at the end of the 18th century but is currently underway once again. Our Lady also foretold that these messages would be forgotten and only rediscovered when Christians would be in great need of them.

Although Our Lady gave these messages some four hundred years ago, they demonstrate a remarkable and firm continuity with Her Message at Fatima. While Mother Mariana was at nocturnal adoration before the Blessed Sacrament, the red sanctuary lamp was suddenly – and supernaturally – extinguished. Our Lady appeared in order to explain the prophetic significance of this event, which presaged horrendous calamities which would befall Ecuador and afflict the entire world. Amongst the revelations Mother Mariana received, we list the following words of our Blessed Mother as particularly relevant for today.

“…at the end of the 19th century and into the 20th century, various heresies will be propagated in this land, then a free Republic. As these heresies spread and dominate, the precious light of Faith will be extinguished in souls by the almost total corruption of customs (morals). During this period, there will be great physical and moral calamities, both public and private.”

Our Lady at Fatima told us that “certain fashions will be introduced that will offend Our Lord very much.” Take a moment and think about how we dress today. Not just in a scandalous way, but also in a slovenly manner, with no formality and no honor. Our exterior presentation presents our interior disposition. A world saturated in immodest fashion is an immodest world. Everything in our culture is hypersexualized, both men and women dress in ways that exalt the flesh above all.

“The small number of souls who, hidden, will preserve the treasure of the Faith and the virtues will suffer an unspeakably cruel and prolonged martyrdom. Many of them will succumb to death from the violence of their sufferings, and those who sacrifice themselves for Church and Country will be counted as martyrs.”

This corresponds perfectly to Fatima. Think of what happened to believing Christians during the persecutions of communism, which are part of the Errors of Russia. We can even think of the vision in the Third Secret where we learn of a devastated war-torn city, countless dead, the pope being martyred, and a long line of every rank of clergy and laity being led to their execution.

Our Lady also spoke of whole nations being annihilated if mankind refused to repent and obey Her requests. If we consider the unborn, with more than 60 million slaughtered in the USA alone since 1973, mankind has more than annihilated the equivalent of nations. Yet, I suspect Our Lady was referring to horrors even more blatant and dramatic than the merciless killing of our innocent young. Today, we are living in an age of martyrs. This past century has seen the murder of more Christians than all the other centuries combined! All over the world Christians are being slaughtered every day for their faith, even if it doesn’t make our local evening news.

“In order to free men from bondage to these heresies, those whom the merciful love of My Most Holy Son will destine for that restoration will need great strength of will, constancy, valor and much confidence in God. To test this faith and confidence of the just, there will be occasions when everything will seem to be lost and paralyzed. This, then, will be the happy beginning of the complete restoration.”

Today, there certainly are occasions when things seem lost and paralyzed. Yet, things continue to degrade morally, economic instability and social unrest further threaten the fabric of our society, the world totters on the brink of war, and our ecclesial hierarchy remain silent and ‘asleep’ at the helm of Peter’s Barque. Shockingly, many of our Church leaders are even advancing the Freemasonic vision of a ‘global village’ under a ‘new world order.’ You and I both know that things can still grow more dire.
Perhaps then we will find much-needed consolation and firm hope in Our Lady’s promise of a coming restoration. Doesn’t this sound incredibly consistent with Her promise at Fatima of a period of peace and the Triumph of Her Immaculate Heart? We know there Our Lady gave us a path and plan for peace.

There is much more to discuss regarding this important apparition, and so we will continue to delve into this topic next week.

Let us continue to pray and make sacrifices so that the proper Consecration of Russia to the Immaculate Heart of Mary may finally take place, so that these same errors spoken of in Ecuador may subside.

[1] Devotion to Our Lady of Good Success has been formally approved by the bishops of Quito since 1611.

[2] Our Lady’s self-designated title in the original Spanish is “Nuestra Señora del Buen Suceso.” ‘Good Success’ is a poor English translation which does not convey the same nuance, though She is commonly referred to under this title in English-speaking North America. ‘Good Success’ is often equated with good fortune, monetary gain, or a successful enterprise. On the other hand, “Buen Suceso” in the context of Her title is more akin to “blessed event” or a grace-filled work of Divine Providence. In fact, Her full title is “Nuestra Señora del Buen Suceso de la Purificación,” that is, Our Lady of the Blessed Event of the Purification. Her feast day is, in fact, February 2nd, that great feast which commemorates the end of the Christmas Season with Candlemas and upon which we meditate every time we pray the Fourth Joyful Mystery.

[3] The Order of the Immaculate Conception, commonly called the Conceptionists, was founded in the 15th century by Saint Beatriz da Silva, a Portuguese noblewoman. Her cousin, the queen of Spain, was so jealous of her beauty at court that she imprisoned her. Once freed, Beatriz lived as a Dominican tertiary for many years without being allowed to join the order. Our Lady then appeared to her and asked her to found a new order in Her honor. At first it followed the Cistercian rule. Later, by papal command, they followed the Franciscan Rule of Poor Clares and were placed under the Superior of the Friars Minor. For this reason, they are often called the Franciscan Conceptionists.

[4] For the reader interested in learning more about Mother Mariana, we recommend the two-volume set, The Admirable Life of Mother Mariana by Fr. Manuel Sousa Pereira, originally written in 1790. It has been translated into English by Marian Therese Horvat (copyright 2005).