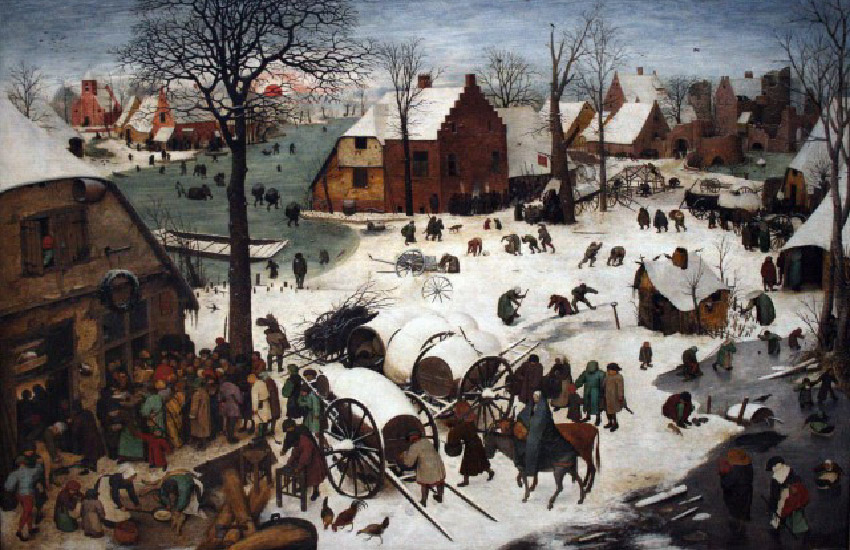 Besides the Lenten fast, the tradition of Rogation Days, Ember Days, and the Advent fast developed in the Church during the Middle Ages.

However, for those who do observe these days, they are days in which one should pray in a special way. The Litany of the Saints is especially prayed on these days, and crops and fields are blessed as well.

Concerning the Major Rogation Day, Dom Gueranger, writing in the late 1800s, mentions the ancient custom of practicing abstinence but not fasting on that day:

“Abstinence from flesh meat has always been observed on this day at Rome; and when the Roman Liturgy was established in France by Pepin and Charlemagne, the Great Litany of April 25 was, of course, celebrated, and the abstinence kept by the faithful of that country. A Council of Aix-la-Chapelle, in 836, enjoined the additional obligation of resting from servile work on this day: the same enactment is found in the Capitularia of Charles the Bald. As regards fasting, properly so called, being contrary to the spirit of Paschal Time, it would seem never to have been observed on this day, at least not generally. Amalarius, who lived in the ninth century, asserts that it was not then practiced even in Rome.”

Dom Gueranger likewise continues with an account of how fasting and abstinence were kept on the Minor Rogation Days:

“Their observance is now similar in format to the Greater Litanies of April 25th, but these three days have a different origin, having been instituted in Gaul in the fifth century as days of fasting, abstinence and abstention from servile work in which all took part in an extensive penitential procession, often barefoot. The whole western Church soon adopted the Rogation days. They were introduced into England at an early period; as likewise into Spain and Germany. Rome herself sanctioned them by herself observing them; this she did in the eighth century, during the pontificate of St. Leo III. With regard to the fast which the Churches of Gaul observed during the Rogation days, Rome did not adopt that part of the institution. Fasting seemed to her to throw a gloom over the joyous forty days, which our risen Jesus grants to His disciples; she therefore enjoined only abstinence from flesh-meat during the Rogation days.”

While Rome never adopted fasting on Rogation Days, fasting can certainly be done by the faithful. The Church did, though, require abstinence from meat, illustrating that even during Pascaltide it is appropriate that we perform penance.

Like Rogation Days, Ember Days developed early in these times, taking the form that would continue for centuries. The Catholic Encyclopedia explains:

“At first the Church in Rome had fasts in June, September, and December; the exact days were not fixed but were announced by the priests. The ‘Liber Pontificalis’ ascribes to Pope Callistus (217-222) a law ordering the fast, but probably it is older. Leo the Great (440-461) considers it an Apostolic institution.”

By the time of Pope St. Gregory the Great, who died in 604 AD, Ember Days were observed for all four seasons, though the date of each of them could vary. In the Roman Synod of 1078 under Pope St. Gregory VII, they were uniformly established for the Wednesday, Friday, and Saturday after December 13th (Feast of St. Lucy), after Ash Wednesday, after Pentecost Sunday, and after September 14th (Feast of the Exaltation of the Cross).[1]

Spirituality of the Ember Days

The specific purpose of Ember Days is to “thank God for the gifts of nature, to teach men to make use of them in moderation, and to assist the needy” (Catholic Encyclopedia). As a result, their focus differs from the precise focus of the Rogation Days to which they are often compared.

In addition, the author of Barefoot Abbey provides specific intentions for each of these seasons so that we can render thanks to Almighty God for the fruits of the earth, which specifically become instruments of His grace through the Sacraments:

Likewise, the Advent Fast, which was first practiced in the early Church starting in 480, developed over these centuries. It began to adopt the same rigor of Lent by the end of the 6th century, when the fast was extended to the whole Church and priests were instructed to offer Mass during St. Martin’s Lent (as it was then called) according to the Lenten rite.

By the 700s, the Advent observance was shortened in the Roman Rite to four weeks, though other Rites maintained the longer observance. By the 1100s, the fast had begun to be replaced by simple abstinence. In 1281, the Council of Salisbury held that only monks were expected to keep the fast; however, in a revival of the older practice, in 1362 Pope Urban V required abstinence for all members of the papal court during Advent.[3] However, the custom of fasting during Advent continued to decline, as we will learn in upcoming installments.

However, we can do our part at rediscovering Advent by observing the Nativity Fast, as it is still practiced to some extent in the Byzantine Catholic Church, starting on the day after the Feast of St. Martin (i.e., Martinmas) on November 11th. Some Byzantine traditions refer to the feast as the Quadragesima of Saint Philip, since it begins immediately after their feast day in honor of the Apostle, St. Philip.

The words of Pope Innocent III, who reigned from January 1198 to July 1216, before the Fourth Lateran Council, apply as much to us as to those who lived during the 13th century:

“To your praying add fasting and almsgiving. It is on these wings that our prayers fly the more swiftly and effortlessly to the holy ears of God, that He may mercifully hear us in the time of need.”[4]

In the next article we will consider how fasting and abstinence considerably changed from the 13th through the 16th centuries. In particular, we will see the influence that Protestantism and secularism had in the decline of fasting and penance.

May Our Lady of Fatima pray for us and help us rediscover a love for fasting and penance.

[1] Father Christopher Smith, a priest of the Diocese of Charleston, South Carolina, has put together a truly beautiful and excellent illustrated guide explaining both the Rogation Days and the Ember Days, with a number of very useful quotes from various liturgical sources. See: https://acatholiclife.blogspot.com/2014/04/rogation-day-and-ember-day-manual.html

[2] Beeswax is a natural wax produced by honey bees. It is initially colorless, becoming opaque after being contaminated with pollen (from the flowers) by the hive’s worker bees. (Wikipedia)

[3] Dom Gueranger provides insightful commentary on the history of Advent and its fast in The Liturgical Year. These passages are available for reading at https://archive.org/stream/liturgicalyear01gura#page/22/mode/2up