The idea that Catholic dogma can change and that what was once true is no longer true is entirely and unequivocally false. Jesus Christ is the same yesterday, today, and forever. If in times past we believed in the unity of the Trinity, the sinlessness of the Blessed Virgin Mary, the necessity of Baptism, and the evil of divorce, then those truths remain today.

God’s divine nature is unchanging. Even little children understand this. If God were to change, then He would not be all-perfect. The change would necessarily either improve Him or detract from Him. In either case, He could not be perfect in an absolute sense both before the change and after the change. Although this is “logic 101,” our times – seeped in error, contradiction and falsehood – seek to deny it.

And following the Fall of Adam and Eve, our body has become rebellious, our mind has been darkened, and our will has been weakened. Simply put, man’s fallen nature, even after receiving baptismal grace, suffers from concupiscence, a tendency toward sin. Humans must always struggle against the enemies of their soul’s salvation: the devil, the world, and the flesh, which includes our own self-interested will.

The immutability of dogma is based upon the truth that God does not change and human nature remains the same. Thus, God’s divine Revelation never changes.

While certain external practices can change, like the exact date of feast days or the color of vestments, the essential truths of religion and morality cannot change by the very definition of what a dogma is. There is a fundamental difference between Sacred Tradition and ecclesiastical traditions, though even these long-held customs should not be changed lightly.

Dogmas Do Not Evolve

In Session 3, On Faith and Reason, of the First Vatican Council, Pope Pius IX affirmed: “If anyone says that it is possible that at some time given the advancement of knowledge, a sense may be assigned to the dogmas propounded by the Church which is different from that which the Church has understood and understands: let him be anathema.”[1]

On September 8, 1907, Pope St. Pius X promulgated his papal encyclical letter Pascendi dominici gregis, directed against the heresy of Modernism. He wrote strongly against this heresy as well in Lamentabili sane, his Syllabus on the Errors of the Modernists, and one of those elements stated: “It is an error to believe that Christ did not teach a determined body of doctrine applicable to all times and to all men, but rather that He inaugurated a religious movement adapted, or to be adapted, to different times and different places.”

Then on September 1, 1910, Pope St. Pius X required that every bishop, priest, religious superior, seminarian and professors of Theology and Philosophy swear The Oath Against Modernism. And this oath was to be made by each priest at his ordination and each bishop at his consecration. Those teaching the faith were to renew it annually. One element of that Oath stated: “I entirely reject the heretical misrepresentation that dogmas evolve and change from one meaning to another different from the one which the Church held previously.”

The Oath Against Modernism explicitly stated: “The purpose of this is, then, not that dogma may be tailored according to what seems better and more suited to the culture of each age; rather, that the absolute and immutable truth preached by the apostles from the beginning may never be believed to be different, may never be understood in any other way.” How often have you heard a Catholic contradict this very teaching?

And each person concluded their profession by making this solemn oath: “I promise that I shall keep all these articles faithfully, entirely, and sincerely, and guard them inviolate, in no way deviating from them in teaching or in any way in word or in writing. Thus I promise, this I swear, so help me God.”

A Great Error of Our Age

Pope Pius X defined modernism as “the synthesis of all heresies” and explained, “their [modernist] system means the destruction not of the Catholic religion alone, but of all religion” (Pascendi, Paragraph 39).

Another definition of Catholic Modernism is the attempt to re-interpret the teachings of the Catholic Church by taking into account new philosophical and scientific thought and concepts. But the truths of the Faith as affirmed by the Church and as contained in the Creed and in all of Her infallible teachings cannot and will not change. And reason would teach us such, too, since something that is as universally true as the authority of Scripture, the nature of Christ, or the necessity of Baptism is a truth that simply cannot ever change.

Those who claim that dogmas can change contradict Pope St. Pius X’s Motu Proprio Sacrorum antistitum[2] (incidentally, this was an oath taken by all bishops and priests who were present at the Second Vatican Council); Pope Gregory XVI’s Mirari Vos; the teaching of the First Vatican Council, especially the document Pastor Aeternus; and the “Fourth Anathema of the Second Ecumenical Council of Nicaea,” which reads: “If anyone rejects any written or unwritten Tradition of the Church, let him be anathema.”

There are at least 255 infallible dogmas of the Catholic Faith. How many of them do you know? Fr. Peter Carota (R.I.P.) put together a list of 255 dogmas a few years ago. I highly suggest spending time studying this list with your family so that you are fully aware of the infallible and never-changing teachings of the Church on these matters. You may download a PDF of this list here.

[1] When Holy Mother Church or the Pope use the phrase “anathema sit” (Latin for “let him be anathema”), it is ecclesial short-hand for saying: ‘Based on the authority of Christ Himself, we know this is infallibly true and will remain true forever. Every Catholic is obliged to believe this in order to remain in the One Ark of Salvation. If you knowingly and willfully reject it, you are risking your eternal salvation.’

[2] Sacrorum Antistitum is the Latin title for the same ‘Oath Against Modernism’. Most English speakers know it by this latter name, but we encourage our readers to also familiarize themselves with its formal designation. This one-page document is well-worth a read (and a re-read). The Latin text is still on the Vatican’s website and there are numerous English translations available, for example at fisheaters.com 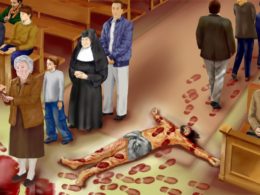 Fatima Perspectives #1308 In my last column on the explosive interview of Pope Francis by Valentina Alazraki, I…
byChris Ferrara 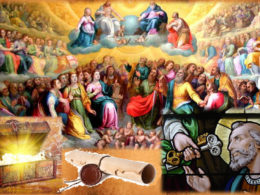 Catholic Apologetics #49 Far too many people do not understand indulgences. First and foremost, an indulgence costs absolutely…
byMatthew Plese
No comments