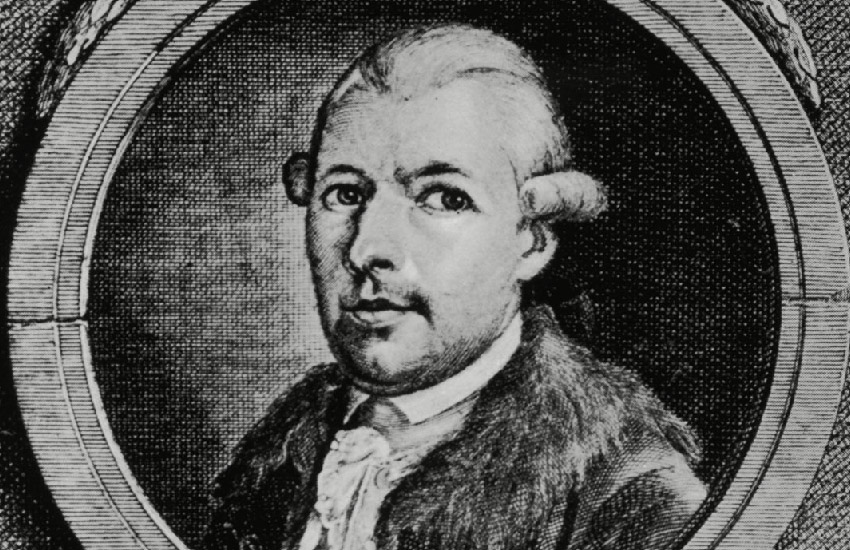 The Dangers of the Illuminati: Early Years and Mission (Part 2)

In this second installment of our Illuminati series, wherein we expose the reality and dangers of this secret society, we will focus on the early years and the mission of the organization. As stated in our last article, when we speak of the Illuminati we are referring specifically to the Bavarian Illuminati which was formed in the late 1700’s by Adam Weishaupt. Even secular resources will admit that this seemingly fantastical movement and society was a real thing, and that it spread throughout Europe and the world. What is often missed, however, in the secular and anti-Catholic resources is the dark reality of the true mission and lasting spread of the so-called ‘Enlightened Ones.’

It is true that the initial movement of the Illuminati was in fact suppressed; but when we look closely at the way the ethos of this secret society infused itself into other groups, and how its stated goals have largely accelerated through them; it seems the Illuminati did not go away!

As mentioned in the previous article, Weishaupt was a proponent of ‘free thinking,’ which in reality meant that he was a disciple of the movement of the Enlightenment — or rather, the Darkening. The milieu of that time period was dominated by men like Voltaire[1] and Rousseau[2], and it seems as if Weishaupt wanted to become somewhat of an influencer in that realm. He did hold a prestigious position at a storied academic institution, but he wanted more.

Due to his obstinate nature, he had little time for those who would not accept his ideas. It is important to remember that this was the era of the advent of the philosophy of Liberalism in its most complete form. So, although there was a certain unity in rejection of traditional knowledge and religion, the landscape of ‘enlightened’ thinkers was filled with prideful personalities and conflicting viewpoints. Weishaupt was not immune to this. Part of the spreading of Liberalism was the advent of Freemasonry and its development into the diabolical sect it has become.

Weishaupt sought a way to spread his rationalistic ideals, and believed that the best way to do this was through a secret society with great influence on academic and political affairs; for this he pegged the burgeoning Freemasons as the proper vehicle. However, we read in the Catholic Encyclopedia that in 1774 “he aimed at an arrangement with the Freemasons. Closer inquiry, however, destroyed his high estimate of this organization, and he resolved to found a new society which, surrounded with the greatest possible secrecy, would enable him most effectually to realize his aims and could at all times be precisely adapted to the needs of the age and local conditions.” (Emphasis added)

What a bold desire on his part! He wanted an organization more secretive than the Freemasons. That is saying a lot, considering the Masons are not known for revealing their secrets. It appears that Weishaupt’s goals were too radical even for the Masons, and because of their diabolical nature, he needed a clandestine modus operandi.

Weishaupt received a Jesuit education; thus, he was familiar with the hierarchical nature of an international institution that wielded influence at all levels of society. And, because of his familiarity with the Freemasons, he saw value in their secretive culture and progressive degrees of advancement to ‘higher secrets’ that constitute masonic membership. We might say that the idea of what became the Illuminati was an order to be styled after the Jesuits in a hierarchical sense, and the Masons in a clandestine sense.

It is important to remember that the Jesuits were looked to as a model of organization, but not because the Jesuits themselves were anything like the Illuminati. Sadly, in non-Catholic literature, due to the express comparison to the Jesuit structure, an anti-Catholic myth of the Jesuits being some sort of Illuminati-esque organization is widely believed. If there are any similarities between the Society of Jesus and the demonic sect of the Illuminati, they are accidental – like the similarities between military structures. The express goals and ethos of these two organizations, at that time, could not have been more different.

Weishaupt eventually joined a Masonic lodge in 1777. Irrespective of what academic prowess and practical cunning he may have had, he himself did not have the influence or personality to turn his Masonic brethren into adherents of Illuminism. That all changed when he became friends with a man named Freiherr von Knigge, who adopted the code-name Philo.

Knigge is described in the Catholic Encyclopedia as “a man of wide experience and well known everywhere in Masonic circles.” He was instrumental in helping Weishaupt to adapt the framework of the Illuminati into something that could be easily overlaid onto the structure of Freemasonry. Both organizations operated with a framework of degrees and increasing levels of engagement and prestige, but it was a matter of making Illuminism something that could slip into the Masonic context without much effort.

Knigge’s efforts were successful. According to various estimates, the Illuminati organization extended its membership to upwards of 500 members. Considering the evil and even criminal ideas that Illuminism supposes, and the secretive nature with which it must spread, this was quite an accomplishment. Some members were totally new to Illuminism, whereas others were surely already adept in some form of Masonry. This rise in Illuminism’s influence set the stage for an unholy alliance between a large portion of Masonic lodges and the devilishly attractive ideas of Adam Weishaupt.

In our next article we will discuss the alliance formed between the secret societies, and how the goals of the Illuminati were transmitted through this new type of Masonry.

[1] We read in The Permanent Instruction of the Alta Vendita, an Italian Freemasonic instruction document, that the aim of the Freemasons is that of “Voltaire and of the French Revolution – the final destruction of Catholicism and even of the Christian idea.”

[2] Jean-Jacques Rousseau was a Genevan philosopher, writer, and composer. His political philosophy influenced the progress of the Enlightenment throughout Europe, as well as aspects of the French Revolution. His philosophy was a progenitor of the ethos that we see today of rejecting traditional structures of hierarchy and instead embracing living more ‘naturally,’ which for Rousseau ultimately means living without traditional morality, which he saw as repressive. The concept of the ‘noble savage’ has been attributed to him (although it may not have been explicitly his idea) as he essentially argued that man was originally free from sin, and it was society that corrupted man. It is easy to see how this manner of thinking leads to a revolt against the Catholic Church and morality.