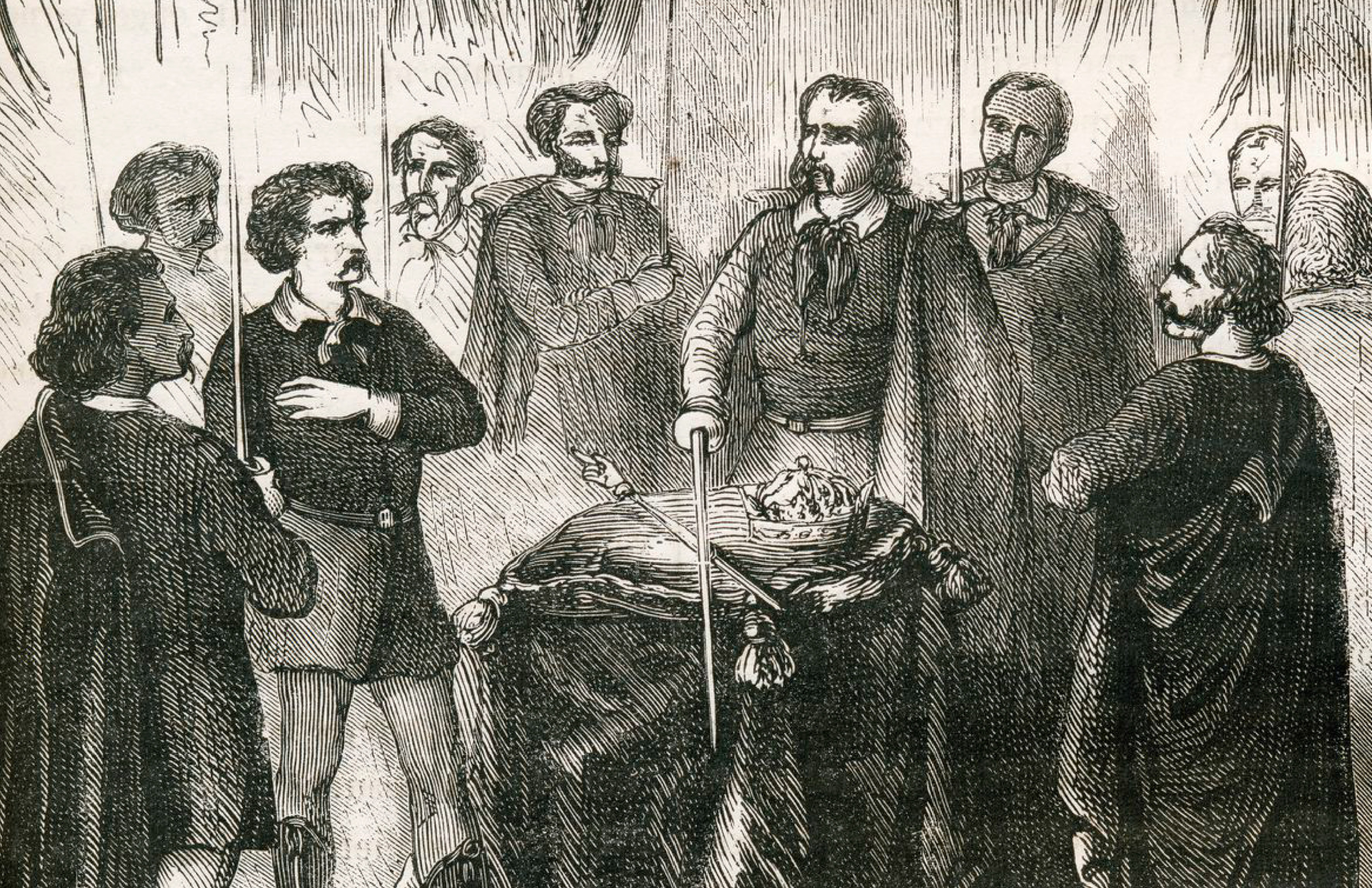 The Dangers of the Illuminati: Introduction (Part 1)

A recent Kennedy Report addressed the subject of the Illuminati (watch below or here). The video reviews the general history of the Illuminati, its principles and spread throughout Freemasonry, and how Our Lady of Fatima gives us the key to destroying this grave philosophical error.

Judging by the numerous comments left by viewers, it is clear that the topic of this secret society struck a chord. There is apparently much interest in the subject. Of course, when discussing the topic of the Illuminati it is easy to relegate such conversations to the realm of ‘conspiracy theory’ or ‘myth.’ In fairness, there are many myths about the Illuminati, and popular culture has taken fantastical claims or half-truths and made a mockery of the actual reality.

The author Dan Brown, best known for his blasphemous fiction entitled The Da Vinci Code, wrote an anti-Catholic series that included a book called Angels and Demons, wherein he libels the Catholic Church, and makes false historical claims. The Illuminati are presented as villains in Angels and Demons; however, they are presented as a group devoted to ‘scientific truth’ that the Catholic Church attempted to ‘massacre.’ The Catholic Church has never ordered a ‘massacre’ on the Illuminati, of course. Granted, his works were written as fiction, but they were presented to the public at large as being based on verifiable truths. See here for an apparently decent website that debunks the ridiculous claims made in Dan Brown’s novels.

In addition, if you were to look up ‘The Illuminati’ on a search engine without a critical eye, it is likely that you would find a host of nonsense. For example, in this piece from the BBC, the reality of the Illuminati is admitted, but it is largely dismissed as only part of the ‘conspiracy’ movement, and something of no importance anymore. Furthermore, there are many who rightfully point out the evils of this secret society, but they do so from an anti-Catholic standpoint, and often perpetuate myths about the Catholic Church.

All that being said, we ought to first and foremost establish the historical truth about the Illuminati.

Information about the Illuminati is readily available from major encyclopedias, which are not Catholic and which admit that it is a real thing, and a very strange cult at that. Secular resources often spread unfortunate errors; but suffice it to say, the Illuminati is very real and is still in existence today.

The term ‘Illuminati’ is essentially translated into English as ‘Enlightened ones’. In fact, the period of the Enlightenment[1] — more like the Darkening — was in many ways an era of spreading the ideas held by the Illuminati and the related philosophies. When referring to the Illuminati, we are talking specifically about the secret society founded by Adam Weishaupt in 1776. This society is also referred to in other places as the Bavarian Illuminati.

The notion that there could be a particular group of people in a secret cult or organization is not a new idea. If you review the history of religious and philosophical movements, you will find various groups claiming some sort of ‘enlightenment’ or ‘perfection’ of members. This was true in Saint Augustine’s day with the gnostic Manichaean sect, and it is true today with the various New Age groups that peddle similar nonsense.

According to the Catholic Encyclopedia, Weishaupt was born of Westphalian parents at Ingolstadt (Bavaria), on February 6, 1748, and lost his father in 1753. Although educated at a Jesuit school, he fell early under the influence of his free-thinking godfather, the director of the secondary school of Ickstatt, to whom he owed his appointment as professor of civil law at the University of Ingolstadt in 1772. He was the first layman to occupy the Chair of Canon Law at this university (1773). His obstinate nature led him to quarrel with almost everyone with whom his debate was at all prolonged. He felt the need of a powerful secret organization to support him in the conflict with his adversaries and in the execution of his rationalistic schemes along ecclesiastical and political lines.

It is interesting to note the personality of Weishaupt and the milieu in which he grew up. Like many so-called ‘free-thinkers’ of that time period, he was raised without his biological father. Instead, he was swept up under the influence of a man with novel ideas, whom he admired. It seems as if his desire to start a secret society was almost pragmatic in nature; he had ideas that he wanted to spread and needed a group to do so. Right from the beginning we see the nefarious undertones of the Illuminati as it is rooted in a secretive and deceptive methodology hell-bent on acquiring influence.

In fact, Augustin Barruel, a priest who wrote one of the most important volumes on the Illuminati, wrote the following about Weishaupt:

“There sometimes appear men formed with such unhappy dispositions, that we are led to consider them in no other view than as emanations from the evil genius, bereft by the avenging God of the power of doing good. Imbecil in the sphere of wisdom, such men are only efficient in the arts of vice and destruction; they are ingenious in those conceptions, skillful in that cunning, and fruitful in those resources which enable them despotically to reign in the schools of falsehood, depravity, and wickedness. In competition with the Sophisters, these men will surpass them in the arts of exhibiting error in false and delusive colours; of disguising the vicious passions under the mask of virtue; and of clothing impiety in the garb of Philosophy. In the den of conspirators they are pre-eminent by the atrocity of their deeds; they excel in the arts of preparing revolutions, and of combining the downfall of the Altar with that of Empires. If their career be ever impeded, it is only when they approach the paths of virtue and of real science. When Heaven in its wrath permits a being of this species to appear on the earth, it has only to put nations within the sphere of his activity, and it will be awfully avenged. With such qualities, and under such auspices, was born in Bavaria, about the year 1748, Adam Weishaupt”.

Suffice it to say, the founder of the Illuminati had a reputation of being strikingly vile in his actions and beliefs, and his secret society was no different.

In our next article we will explore the early years of this organization and the expressed goals of the Illuminati.

[1] This was a European intellectual movement (late 1700’s – 1800’s) which emphasized reason and individualism instead of tradition. Heavily influenced by philosophers such as Descartes and Locke, its most well-known advocates included Kant, Voltaire, and Rousseau.