Under agonizing pressure, many faithful Catholics are now struggling with this question. Very often, to refuse to cooperate with an employer’s “vaccine mandate” could mean the loss of one’s livelihood, pension, and even housing for the entire family.

The material stakes are so great that most people do not give serious [nor sufficient] consideration to the morality of the matter. But this, from the perspective of eternity, is the real travesty to be avoided at all costs. And thus does persecution always serve to separate the rootless from the true followers of Our Lord: “[These] have no root in themselves, but are only for a time, and then when tribulation and persecution ariseth for the Word they are presently scandalized” (Mark 4:17).

Not being a licensed medical or scientific professional, I will not presume to dictate on such matters. But sadly for all of us, the authoritative voices in these fields – and in the Catholic Church – are starkly divided on the subject of the “vaccine.” For the sake of those who are in a quandary as to which set of voices within the Church is more trustworthy, I offer this brief consideration, based on research from those who are qualified to speak out on this issue.

Information Regarding the Vaccine Lacks Transparency

It should be noted first of all that each of the COVID-19 “vaccine” products in question – whether produced by Pfizer, Moderna, or Johnson & Johnson – is tainted with direct ties to abortion.[1]

Furthermore, the application of the principles of moral theology to such “vaccines” is an explored and settled matter. The approval, even promotion, given to the “vaccine” by so many Church leaders today directly contradicts Vatican guidelines[2] established in 2005. These guidelines stipulated that cooperation in such grave evil as abortion through recourse to derived vaccines would be justified only for a “proportional reason,” namely grave danger, for which no alternative treatment exists.

Do the current conditions of COVID-19 meet this necessary requirement?

First of all, there is a consensus between those on both sides of the vaccination issue that COVID-19 is far more of a threat for those people who are more than 70 years old and having serious health issues (e.g., heart failure, high blood pressure, diabetes, and respiratory problems) than it is for those under 70 who are healthy.

Various studies – from independent scientists in different parts of the world – have reported that because this vaccine works at the genetic level, the dosage is uncontrollable and unpredictable. Ten people might get the same vaccine but each person’s body can produce a different amount of spike protein. It could prove helpful for one, neutral for another, and yet harmful to a third. It has even proved lethal for some. Other studies have shown that the “vaccine” does not prevent one from either getting or transmitting COVID-19.

In addition, natural immunity to disease is as or more effective than the protection afforded by vaccines. Especially regarding COVID-19, it is without a doubt that natural immunity is far more effective and far safer than the currently available “vaccines.” Even the U.S. government’s Vaccine Adverse Event Reporting System (VAERS), created to provide policymakers with an early warning of issues involving vaccines that are approved for use, shows more deaths and other very serious adverse effects involving the COVID-19 “vaccines” in the past 10 months than all other vaccines combined over the past 30 years. The situation is much worse when one considers that it is widely reported that only 1% – 10% of actual adverse events (i.e., deaths and other non-fatal side effects) are actually reported to VAERS, due to widespread ignorance of the system. Thus, the currently-available “vaccines” are not at all safe vis-à-vis the professional standards for vaccines – norms which have been in place for decades.

In contrast, there are other treatments for COVID-19 which are both safe and effective. Unfortunately, many medical facilities and doctors refuse to prescribe them. And those who do advocate for them are being silenced and sidelined, even stripped of their jobs after having helped their patients recover from this disease.

If these things are true, then these “vaccines” of immoral origins do not yield a good that is sufficient to warrant a justifying proportionate reason.[3] Rather, on the contrary, it seems that for many people the only “grave danger” is to be threatened with the loss of one’s job and livelihood as a result of “vaccine mandates.” This is a manufactured danger – not one associated with a disease.

Many Factors Influence the Morality of a Human Act

For example, does it involve other grave evils, such as the alteration of the human body – created by God – at the genetic or cellular levels in a harmful way? Does it compromise man’s natural immunity system? Does it cause sterility or inhibit man’s fertility? Does it foster a transfer of wealth and power into the hands of a few at the expense of many? Does it enable the spread of the errors of Russia, government overreach or tyranny, the restriction of human freedoms and other God-given rights? Does it form and guide humans according to a secular atheistic worldview where only material and natural goods are valued, with man losing sight of supernatural goods and his eternal destiny? Does it cooperate with the suppression of man’s freedom and right to worship God? Will it be used to facilitate the suppression of the Holy Sacrifice of the Mass?

These are all very important moral questions which few people – even within the Church – seem to be addressing. Yet, we must consider them in our discernment because they bear an impact upon our earthly and eternal end.

And finally, it must be stressed that the morality of human acts is an intrinsic fact, not a contingency awaiting our determination of it. An evil act remains evil, even if a Pope were to pronounce it good. Thus, it is of the greatest importance to consider the reliability of any churchman as a moral guide before acting on his judgment, no matter what his rank.

In which regard, as painful as it is to have to say, we would be foolish not to recall that Francis himself, who today tells us that it is our duty in fraternal charity to receive the “vaccine,”[4] has previously condoned the use of contraceptives[5] against the spread of disease. A prior Pope, however, has assured us that such acts are in every case and circumstance intrinsically gravely evil.[6]

Both men cannot be correct. Clearly, no office in the Church automatically makes its occupant a reliable guide for Christian souls.

The faithful should be aware, too, that other pastors have raised their voices. Notable among these are Archbishop Carlo Maria Viganò, who warns us that the abortion-derived vaccines are “absolutely irreconcilable with Catholic morality,”[7] and Bishop Athanasius Schneider of Kazakhstan, who writes: “The blood of murdered unborn children cries to God from vaccines and medicines which utilize their remains in any manner whatsoever.  … As Christians, it is our duty to bear witness to the world by not accepting these vaccines and medicines.”[8]

Above all, let us be honest with ourselves, as St. Paul tells us befits every Christian.[9] The truth of the Catholic Faith and moral law is what it is and remains so for all time, regardless of the obstinacy of those who refuse to recognize it. No matter what their rank.

Note: Read more about this issue in Mr. Rodriguez’s article on the ‘Pandemic.’

[3]  LifeSiteNews publishes excellent reporting on the misinformation which surrounds COVID-19 and the “vaccine.” I encourage readers to stay informed of their articles and conferences. 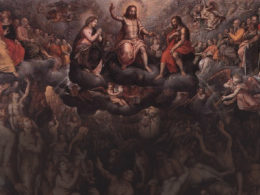 We Live in Interesting Times

To hear many Evangelical pastors speak, you would think that the Second Coming of Jesus Christ is imminent.…
byEric Bermingham
1 share
1
0
0
0
No comments
View
6 minute read 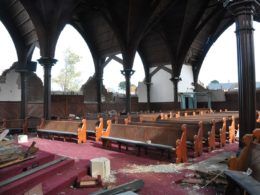 What ever happened to Saint Dominic’s?

You remember Saint Dominic’s, don’t you? It was the fictional big-city parish where Father Chuck O’Malley (Bing Crosby)…
byJim Bannister