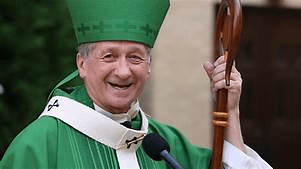 When the Vatican announced in September that it would be holding its February summit on clerical sex-abuse, Catholics throughout the world were under the impression that this was all about the Protection of Minors in the Church, not realizing that the Vatican’s homosexual network had generated the event to protect its own interests.

In hindsight, we see that the summit was all about concealing the Vatican’s collusion with homosexuality under the guise of “protecting minors.” The fact is that the issue of homosexual priests—the very cause of the sex-abuse scandal—was completely sidestepped at the summit.

Moreover, it was excused. Archbishop Charles Scicluna of Malta, a key organizer of the summit, said on Friday that decades of widespread homosexuality in U.S. seminaries had “nothing to do with the sexual abuse of minors,” and said on Thursday that he would never dare point to the category of homosexuality as having “the propensity to sin.” Would he also not point to the category of pedophilia as having the propensity to sin?

What is especially absurd is that Cardinal Blase Cupich of Chicago, a notorious homosexual advocate, was given the role of leading nearly 200 bishops through three days of discussions and listening sessions on the sex-abuse scandal. At a Vatican press conference on February 18, Diane Montagna, Vatican correspondent for LifeSiteNews, asked Cupich, “Will the problem of homosexuality among the clergy be addressed as part of this problem?,” to which Cupich evadingly answered, “homosexuality in itself is not a cause.”

Reports were that Cupich told the episcopal assembly that they were not to talk to the press and especially “not to raise the question of homosexuality during the summit.” To think that a summit was convened to address the sodomite abuse of minors and then they’re told not to raise the question of sodomite abuse! Never once did Cupich or the other summit leaders answer questions as to whether or not the issue of homosexual priests would be addressed, but consistently evaded the issue, thus advancing the problem all the more.

Hence the summit was nothing more than a deceptive sideshow by homosexual clerics attempting to hide their own homosexual network, chief of which had been ‘Cardinal’ McCarrick, who the network protected for many years and who in many ways was connected with this meeting. 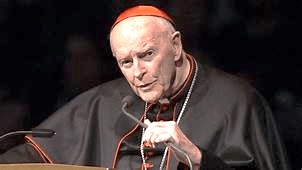 McCarrick, of course, was defrocked in the wake of Archbishop Carlo Maria Viganò’s explosive 11-page testimony of August 22, 2018, in which the ex-cardinal was accused of personally abusing seminarians and young Catholics as well as covering up the abuse of numerous victims perpetrated by priests under his jurisdiction.

The defrocking appears to bear the fingerprints of the Vatican’s homosexual network, since this was largely a political maneuver to placate outraged Catholics before the summit and to help set the stage for it. For we will note that the Vatican statement against McCarrick says nothing of his homosexual activities, which is the very crux of the issue—the cause of the abuse.

However, McCarrick’s role goes a little deeper than previously suspected based on reports that he had been operating as a Communist plant in the heart of the Church as far back as 1950. McCarrick apparently had close ties with St. Gallen, Switzerland, the locale of a communist training center that recruited corrupt young men, especially homosexuals, to enter Catholic seminaries and begin eroding the Church from within.

According to James Grein, the alleged longtime abuse victim of McCarrick, the ex-cardinal went to St. Gallen in 1951 to visit friends of Grein’s grandfather, a venture that would significantly shape and solidify McCarrick’s career as he himself would relate to the New York Times in 2001. McCarrick’s visit to St. Gallen seemingly was connected with this communist training center that had been set up by the Soviets for the subversion of the Catholic Church. https://www.reddit.com/r/TraditionalCatholics/comments/aumgkh/ussr_setup_about_30_communist_training_centers_to/

It was from this communist stronghold that later emerged what is now known as “St. Gallen’s Mafia,” started by the late Cardinal Martini in 1996, the assignment of which was to attack Pope John Paul II and later Benedict XVI.

In a new podcast interview with James Grein, Dr. Taylor Marshall brings up the “Saint Gallen Mafia” – the group that conspired against Pope Benedict and that sought to replace him with Cardinal Bergoglio.

“This is really key … that it begins in Sankt Gallen,” says Marshall. “This [conspiracy] really goes into the ‘90s. But before that, there’s this connection with McCarrick and Sankt Gallen. Do you see that there’s an organic connection between McCarrick’s work in the ‘50s and then later on with the conspiracy, they say, to remove Benedict XVI?”

“Yes,” responds Grein. “I’ve known this, and I’ve felt this for a long time. This is where it all starts.” https://onepeterfive.com/fear-power-money-alleged-mccarrick-abuse-victim-shares-shocking-insights-into-abusers-reign/

It was this St. Gallen’s Mafia that labored so assiduously to oust Benedict XVI and to garner pledges from up to thirty cardinals to place a communist-minded pope on the Chair of Peter in 2013. http://www.ncregister.com/blog/edward-pentin/cardinal-danneels-part-of-mafia-club-opposed-to-benedict-xvi  McCarrick, who was connected with this cabal, reportedly told Cardinal Bergoglio that when he became pope he should always preach “social justice” and “love of the poor,” which are the classic lines used in the Communist network to conceal their insidious work.

The foregoing coincides with the testimonies of ex-communists like Bella Dodd, who testified before the House Un-American Activities Committee in the early ‘50s concerning how she and her network “put eleven hundred men into the priesthood in order to destroy the Church from within.”

It appears that McCarrick was one of them. There is no disputing that he was a key player in helping to form and guide along the so-called “social justice” network, which is a Marxist operative working within the Church.

It was this same McCarrick who played a key role in the appointment of Cupich as cardinal of Chicago. In Vigano’s 11-page testimony, he alleged that Cardinal McCarrick, acting as the pope’s “trusted counselor,” helped in key appointments in the United States, including that of Cupich, because of which concerned Catholics throughout the Church are bewildered as to why Pope Francis turned around and appointed Cupich to moderate the summit. To think that a minion and close collaborator of McCarrick should be appointed to lead a summit on the prevention of clerical sexual-abuse!

The outcome of the summit has further vindicated Archbishop Vigano, who rightfully asked, “Why does Pope Francis keep and even call as his close collaborators people who are notorious homosexuals?” His apparent collaboration with the network was reflected in his own closing address of the summit on “Protection of Minors in the Church,” in which he rhetorically reduced the Church scandal to a mere facet of “a widespread phenomenon in all cultures and societies,” while never once acknowledging the clerical “abuse of minors” for what it truly is: homosexual predation by priests, bishops and cardinals.

The summit served then to deflect attention from homosexual activity of bishops and priests, which was punctuated by Francis’ statement that “those who perpetrate abuse, that is acts of physical, sexual or emotional violence, are primarily parents, relatives, husbands of child brides, coaches and teachers.” Not a word about homosexual clergy.

What is absurd is that he declared that the Church, ridden with sodomite corruption that its leaders refuse to address, will now confront the sexual abuse of children “outside the Church.” Christ’s words apply: “Why seest thou the mote that is in thy brother’s eye; and seest not the beam that is in thy own eye?…. Thou hypocrite, cast out first the beam out of thy own eye, and then shalt thou see to cast out the mote out of thy brother’s eye.” (Matthew 7:3,5)

The absurdity was heightened when Francis declared that the Church will follow “the ‘best practices’ formulated under the guidance of the World Health Organization by a group of ten international bodies that developed and approved a packet of measures called INSPIRE: Seven Strategies for Ending Violence against Children.” 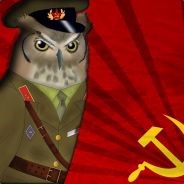 Unfortunately, the World Health Organization is a largely “LGBT”-run globalist monstrosity committed to abortion and contraception. The WHO protects homosexual behavior and assists the One World Leaders (OWL) in their worldwide push for population control, so why is Francis colluding with perverters of the young in his quest for the “Protection of Minors”? The WHO works conjointly with the OWL of Communism, which is committed to Lenin’s plan to “corrupt the young.”

The Fruits of Ignoring Fatima

The outcome of the summit indeed testifies to the rotten fruits of the hierarchy’s failure to heed the Blessed Virgin Mary’s urgent request that Russia be consecrated to Her Immaculate Heart. For She warned in 1917—the year of the Bolshevik Revolution in Russia—that if we didn’t heed Her requests to procure Russia’s conversion through the daily Rosary and the Consecration of Russia, the errors of that nation would spread throughout the world and even into the Church.

Unfortunately, Our Lady’s requests were not heeded, and thus, Russia did not convert, and as such, the deceptive influence of Communism is alive and at work today within the Church. McCarrick is only one example, one among many. There are many ‘McCarricks’ running loose in the Church today, many of whom were trained and dispatched by these communist training centers that have been empowered by the Church’s negligence. The red dragon continues to grow strong against the papacy, a curse that was providentially foreshadowed when the Bolsheviks waged their revolution in St. Petersburg, bearing the name of our first Pope. Is it any wonder that the present pope has repeatedly said that “it is the communists who think like Christians”?

With all due respect for the noble efforts of the many good Catholics who attempted to steer the clerical sex-abuse summit in a better direction, the outcome is a wake-up call to remind us that if we don’t employ Heaven’s methods in our efforts to restore the Church, very little, if anything, will get done, for it is only the heel of Our Lady through the Consecration of Russia that will crush this diabolical force of Communism that is generating all the problems in the Church today.

What Heaven asks is that the pope and bishops unite on one day to consecrate Russia to the Immaculate Heart of Mary. We pray that faithful Catholics everywhere will unite in this cause. Hopefully, the growing debacle in Rome will be a spur for faithful Catholics to do just that!