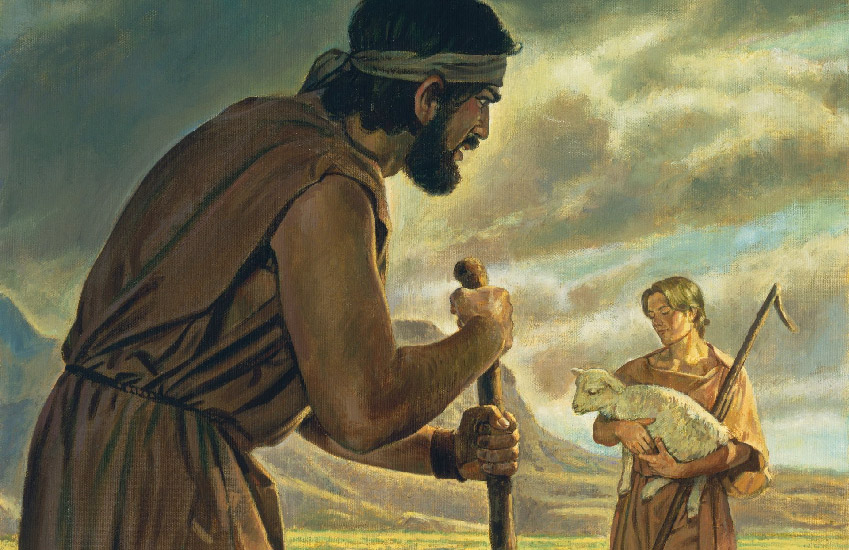 Part 3 in the series The Pagan Ritualism of the Coronavirus

In our preceding two articles on the Pagan Ritualism of the Coronavirus, we discussed the sexualised death-cult messaging of the virus hysteria, as well as the striking similarities between the sterilization measures of the Nazi State and those of our nations and regions. It is my intention in this article to express how there is an even more insidious aspect of the current manifestation of pagan ritualism that now befalls our society: Child Sacrifice.

In pagan societies, both pre- and post-Christian, human sacrifice is a constant. Now, it is true that some pagan cultures were more diabolical than others. It is also true that you will not find human sacrifice in all cases, in all times, and in all cultures.

Yet, the nature of man includes a certain infused understanding that it is right and obligatory to offer sacrifice to his Creator. Such sacrifice ‘bridges the gap’ between man and his Creator through adoration, thanksgiving, and supplication. Following the Fall of Adam and Eve, sacrifice also serves as reparatory atonement for offenses against our Creator.

Already in the story of Cain and Abel we see the necessity of offering God pleasing and fitting sacrifice and the evil of perverse sacrifice. We all know how Abel’s sacrifice was accepted and Cain’s was not. On account of pride and envy, ‘false sacrifice’ led to the first murder. The sinless unity of our First Parents was broken as a result of the Original Sin and exacerbated by Cain’s fratricide. Man’s fallen nature now intuits that sacrificial offerings to God Almighty are absolutely necessary as a reparation for sin.

Without baptism, we remain in the state of Original Sin, and therefore do not possess the Holy Trinity in our soul, and do not live in the state of Sanctifying Grace. As a result, the built-in yearnings of the human heart for the One True God become muddled, which is fertile breeding ground for pagan religion. In an attempt to make sense of the supernatural reality that is written on our hearts, our pagan ancestors made imperfect offerings to God, or in most cases to “gods.”

With the proliferation of sin throughout the world, virtually all cultures devolved from some sort of monotheism, and into polytheistic mythological cults that worship multiple “gods” which are, in reality, demons.

The notion of sacrifice still remains in all pagan religions, often manifested in blood sacrifices of animals, and even human beings. One might think of the Aztec civilization and their continuous sacrifices, for example.

When Jesus Christ instituted the papacy at Caesarea Philippi, He did so at a center for pagan worship to the god Pan. Pan is commonly associated with nature, hunting, and fertility. He is normally depicted with horns, a tail, hooves, and a general goat-like appearance. Ritual sacrifices were offered to Pan by way of murdering innocent people (often infants) and tossing them into the waters that came out of the cave. Whether the waters ran clear or bloody, it was apparently evidence of how the sacrifice was received.

The cave was even called the “Gates of Hades,” and it is no coincidence that Christ tells Peter that “the gates of hell will not prevail.” It is a moment of Heaven’s triumph over the ritualistic demon worship of pagan Rome, and a promise, among other things, that the false sacrifices will cease, and the True Sacrifice will come. Christ offers the only fitting and worthy sacrifice to God upon the Cross, which is renewed and made present to us at every Holy Sacrifice of the Mass. Moreover, in the Holy Bible, Our Lord is clear that pagan sacrifice is from hell, and that human sacrifice is evil.

Satan Has Been Permitted More Power

With the continuing coronavirus hysteria we now see the paganistic sacrifice of human lives for the cult of the virus. Symbolically, we have been legally coerced into sacrificing our businesses, our education, our relationships, and almost all personal sovereignty in an attempt to present an unholy offering to the demon-god of the coronavirus. Most notably, although offerings of the Holy Sacrifice of the Mass continued in some places, its frequency greatly subsided. Instead of offering multiple Masses a day, which is common especially on Sunday, the cessation of Masses open to the public has mitigated the font of Divine Grace into the world. Numerous novel abuses of the Mass have further hindered and limited the sanctifying grace flowing into our lives.

With the channels of grace intentionally being shut, it should not surprise us that satan’s hordes are wielding even greater power in the world. Occult activity is skyrocketing; substance abuse, depression, and suicide have hit record highs; and anti-Christian attacks upon churches and all that is sacred are increasing throughout the world.

A Diabolical Attack upon Children

At the very same time, we have seen an exponential rise in awareness of the cult of child trafficking for sexual exploitation throughout the world. It has been noted by astute commentators that this corona-mania is perhaps a convenient ruse to distract the public from increasing revelations of this activity. People who dissent from the coronavirus mythology are often the same who become “woke” to the reality of this modern form of child sacrifice. Since virus-dissenters are labeled “conspiracy theorists”, the same milieu of distrust is associated with information about child-trafficking. It truly is a diabolical disorientation: an irrational fear of death has gripped the world and acts as a buffer against belief in one of the world’s greatest evils.

Furthermore, children have been the silent victims of the nonsensical restrictions thrust upon us. All focus has been on the elderly who have died, and we pray for the repose of their souls. However, it is evident that this virus does not affect children. For that matter, the true effect on the elderly is also dubious as the vast majority of victims have been at death’s door with other already-existent grave illnesses.

Nonetheless, children were locked in their homes, playgrounds were blocked off like Chernobyl, and, among other things, children are now treated like untouchables as they return to school donning masks and having thermometer guns pointed at the their foreheads at the sign of any moderate sniffles. There are viral videos circulating, showing the heartbreaking neurosis that has been engendered in many children, manifesting in a virulent agoraphobia that petrifies children at the prospect of leaving the home, lest they bring home the virus and kill their parents.

Just one anecdotal example ought to suffice. A cell-phone video taken by a consumer buying groceries shows a mother and son ahead in line. I estimate the boy is about seven years old. The boy’s mask slips down just past his nostrils. The young boy seems to lose all sense as he begins to scream hysterically: “I am dying! I am dying!” He truly looked frightened and shocked. The embarrassed mother quickly re-adjusted the facial covering and the boy promptly calmed down.

We have to ask ourselves: what (irreparable?) psychological damage has been inflicted upon this young boy? What are we, as a ‘civilized’ society, perpetrating upon our young and most innocent? Is this not grave child abuse?

I could go on, but the psychological and emotional abuse loaded onto innocent virus-immune children has been devastating. Those who have enacted these anti-child measures will have to stand before Almighty God on Judgement Day and explain themselves.

Products Made with Parts of an Aborted Baby Are Gravely Immoral

Finally, the spirit of child sacrifice from this pagan corona cult is blatantly obvious in the push for a vaccine. I will not dive into the deep waters of whether or not vaccines are effective, but I will say that without a doubt I will never support a vaccine made from aborted fetal tissue. Most vaccines are made with aborted fetal tissue, even though there are other methods by which they can be developed. Using aborted infants to create these vaccines is nothing more than a sanitized, medical version of the spirit of child sacrifice. The world is now waiting with bated breath for a vaccine – made from sacrificed innocents – that can be plunged into their bloodstream in order to appease the devils of the corona demon hierarchy. It is sick, and it is from hell.

Pray the Rosary every day, and pray that Mother Mary will show maternal consolation to the children being sacrificed in the pagan ritualism of the coronavirus.