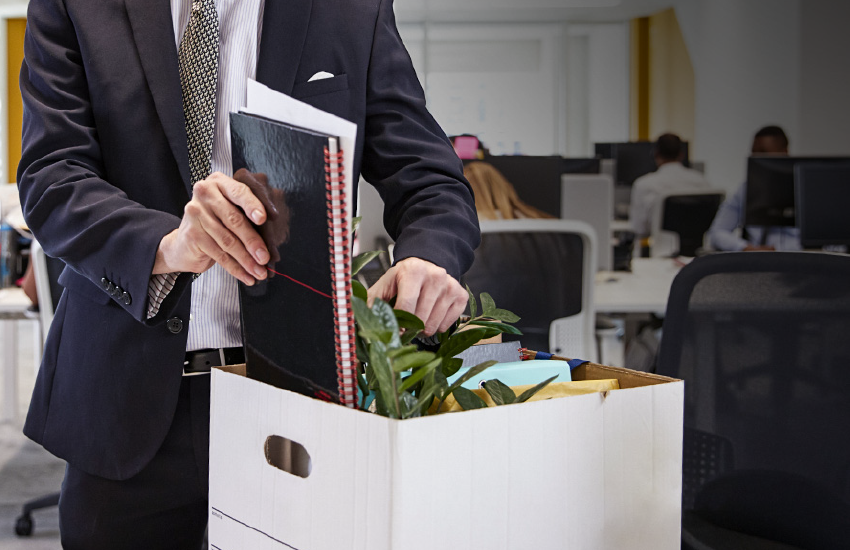 Catholicism Can Get You Fired in Canada

We are all aware of the rising tide against Catholics in the public realm. People who hold conservative beliefs in general are definitely under assault, but Catholics are in a special place of societal pressure and persecution. Ultimately, hatred of the Christian religion is a demonic proposition; if you are anti-Christian then you are ultimately anti-Christ.

The antichrist to come — the man of sin — will be like an embodiment of the devil, almost as if the devil were incarnate. Any spirit of strong resistance to the Creed of those who truly follow Christ, is a demonic spirit. Simply put, you cannot be against Christ and not be for satan. Our Lord Himself proclaimed, “He that is not with Me, is against Me: and he that gathereth not with Me, scattereth” (Matthew 12:30).In a world where binary realities are seen as incorrigible, it really is a simple choice of being for or against God.

In our seemingly “liberal” societies, we have long operated under the illusion that we can live and let live, without stepping on each other’s toes, and as long as we don’t force our beliefs on others, everything will be fine. Now, there is an aspect of tolerance for divergent opinions that all men must recognize; we cannot force our faith on anyone, as this would take away a man’s free assent to the Truth. Furthermore, in a world of pluralism, we encounter people of all stripes, and from all walks of life; thus, we must tolerate various differences in order to live in contemporary social communities. This does not mean, however, that we must accept error in our midst — as much as we can help it — and we must speak the truth when called upon.

For a long time, even though our societies had long abandoned any true Christian moral underpinnings, there was sort of a residual Christian ethos that permeated the general societal conduct of people in polite society. I am 32 years old as I write this, and I can still remember, as recently as 15 years ago, interacting with kids who went to public school and spoke of their teacher-led Bible studies. Fast-forward a decade, and at the beginning of my teaching career, a friend of mine from a public school relayed that they could not call their Bible study group by any religious name, and they could not explain to students what the club was about. Meanwhile, all forms of politically correct and immoral activities were promoted, and even applauded by the politically-correct mandates of the system.

Recently, a young man from Ryerson University, Toronto, has been the newest victim of anti-Catholic bigotry in Canada. According to the Human Rights Complaint of Jonathan Bradley, which is a public document, he was fired from his journalism position at The Eyeopener, which is a student newspaper for Ryerson University. The report states the following:

“On June 9, 2020, the applicant Jonathan Bradley, a student at Ryerson University, was terminated from his position as a part-time journalist for the publication The Eyeopener, a publication provided by Rye Eye Publishing Inc., on the basis of social media comments he made about what the Bible says about sexuality. For almost three years, Mr. Bradley had written for The Eyeopener on a variety of issues. At one point in the past, The Eyeopener asked him to avoid writing articles in The Eyeopener on the subject of equality, diversity, and inclusion, while The Eyeopener had agreed that he could write on this issue elsewhere. He complied with this request.”

What was the supposedly grievous offence that garnered his libation as a politically-correct sacrifice? Well, Mr. Bradley committed the societal mortal sin of defending the Church’s teaching on sexuality and human anthropology. The publication went on to explain their rationale for the termination — which seems to have breached the Ontario Human Rights Code, a framework that offers protection for discrimination for religion or creed:

“Recently, The Eyeopener’s Twitter was tagged in a thread involving screenshots of a conversation in which you defended the notion that homosexuality as well as being transgender is considered a sin. I see that you have tweeted this sentiment in the past and also defended it in the present day. You are entitled to your opinion and are free to express it online; The Eyeopener cannot and would not control that. However, we are responsible for ensuring that our Eye community—including sources, contributors, readers and editors— feel safe and comfortable in working with The Eyeopener and coming into our space. I fear that since you’ve made your opinion public, members of our community, especially queer, trans and non-binary folks, would no longer feel safe if you are associated with the publication.”

Whether or not a participant in any sort of lifestyle might feel safe based on the ideas one holds about age-old moral principles is hardly the point; Jonathan Bradley was persecuted because he is Catholic, unabashedly so. In his own words he states:

“I am a strict Roman Catholic. The Bible and ‘The Catechism of the Catholic Church’ are core to my beliefs. I strive to follow the Bible and I do my best to apply ‘The Catechism of the Catholic Church’ to my life. The Ten Commandments are important to me. I feel the world would be a better place if people followed the Ten Commandments. I pray at least four times a day. There are religious mementos in my room that I rely on.”

He is simply a Roman Catholic, and he expresses what he believes publicly — no more, no less. He did not discriminate against anyone with different beliefs, and he did not refuse to work with people who hold beliefs different from his. It is ironic that he believes in the reality of sin, and as a result cares for the immortal soul of his fellow man, yet he is now being persecuted by a leftist ideology that views the unborn as throw-away problems to be left up to abortionists.

If anyone has any right to feel “unsafe” it is our young Catholic champion who has had to navigate through the murky waters of anti-life secularism. None of what Bradley believes is used to cause unjust violence to any individual or group of people; the opposite is not true for the abortion-crazed “progressive” element of society that lusts after the downfall of men like Jonathan who stand up for Christ and Christian beliefs.

It is not a hopeless case, however, as the Ontario Human Rights Tribunal has been used for good in the past, and devout Christians still do stand a chance. And, on a positive note, I imagine this will help his journalism endeavors, as surely a variety of patriotic and conservative publications will champion his cause, thereby bringing attention to his work.

I wish Mr. Bradley all the best, and will pray for him and others going through similar things in my beloved nation of Canada, which is supposed to be “tolerant.”