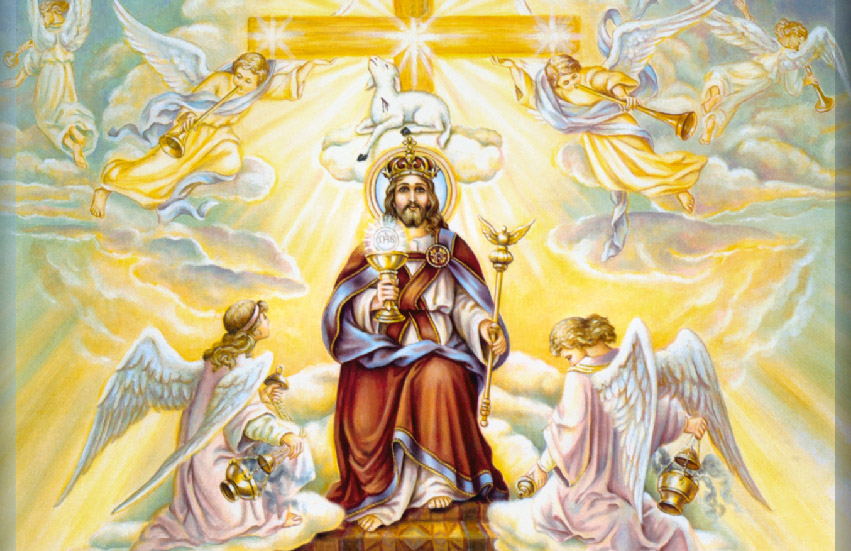 The Fatima Center wishes you a blessed and grace-filled feast of Christ the King!

The Catholic world is abuzz over headlines being splashed over every major media outlet throughout the world. The New York Times, for example, trumpeted “In Shift for Church, Pope Francis Voices Support for Same-Sex Civil Unions.”

Many Catholics have been scandalized. Other self-identified Catholics have applauded this latest novelty out of the Vatican. Still other Catholics are attempting to explain away the scandalous words, with evasive arguments such as: Pope Francis is being taken out of context or misrepresented.

Nearly every Catholic Internet and social media site seems to be addressing this controversial bombshell. Yet, in some ways it is a very simple matter, because Catholic Church teaching on this issue is crystal clear. From another perspective, it is a complex quagmire because many churchmen are not upholding Catholic teaching. We will deal with the simple matter below and address the latter in a subsequent article.

We would hope that by now all Catholics would know that the Church’s infallible teaching can never change. Unfortunately, the Catholic Faith has been under attack from Modernism – the synthesis of all heresies[1] – for more than a century. Consequently, many Catholics have succumbed to the modernist error that ‘dogma can evolve’ and may change over time to ‘better address modern needs.’

God’s Eternal Law, which includes both His Divine Commandments and the Natural Law, can never change. No authority – be he pope, bishop or priest; be he king, president, congressman or court official; be he angel or devil – has the power to change God’s Eternal Law.

Man may abuse his free will to think, speak or act against God’s Eternal Law, but in no way can he actually change it. That homosexual acts are intrinsically evil is Natural Law and unchangeable. This is so very basic that every human being should know this truth and no one should ever have cause to doubt it.

As subjects of Christ the King – which every human person is, including the Vicar of Christ, the Supreme Pontiff – we do not have the moral authority to pass laws which go against God’s Eternal Law. Any such law is illegitimate, null and void.

While violations against God’s Eternal Law may not be “righted” in our lifetime, we have the certitude of infallible faith that every wrong will be “righted” and dealt with perfect justice at the General Judgment. God will resolve every event of our created history with such perfect mercy, justice, and wisdom – that it will be a marvelous greatness beyond anything man can imagine.[2]

It is Holy Mother Church’s perennial and constant magisterial teaching that homosexual acts are one of the four sins that cry out to Heaven for vengeance. It is likewise Church tradition that God destroyed Sodom and Gomorrah for sins of sodomy (hence, the name) and that He only unleashed the Great Deluge at the time of Noah once men had legitimized this unnatural vice.

We invite anyone who would like to study more in-depth the Church’s teaching regarding homosexual acts to view the videos and articles by Fr. Michael Rodríguez linked below.

In 2011, the El Paso City Council attempted to legitimize same-sex partnerships. Fr. Rodriguez courageously spoke out publicly against this grave evil. This video shows him before City Council explaining Church teaching (January 31, 2012). A slightly longer video below shows him speaking to the City Council a few months earlier (June 14, 2011). A series of his articles were also published in the El Paso Times (August 27-30, 2011). PDF copies of those articles are linked below.

In a sequel to this article we will address more specifically the situation surrounding the recent statement of Pope Francis being broadcast around the globe.

Video: Fr. Rodríguez Before City Council on June 14, 2011.
After his brief presentation, Fr. Rodríguez is disrespected by Beto O’Rourke. This is years before he made a bid for the Democratic Presidential Nomination. The people of El Paso recalled O’Rourke and several other City Council members, including the mayor, for voting against a popular referendum in which the local populace voted against granting the benefits meant for married spouses to homosexual “partners” of city employees. (12 minutes)

Video: The Real Truth About Homosexuality
This is a presentation of the teachings of the Roman Catholic Church, specifically on homosexuality, marriage and the family by Fr. Michael Rodríguez, to help dispel the false idea that this is about ‘personal opinion’ and to clarify that it actually is Church teaching. (41 minutes)

Video: My Immaculate Heart Will Triumph: Purity in Marriage and the Family
Presentation by Fr. Rodríguez at The Fatima Center’s Army of Advocates Conference in Dallas, Texas, in March 2018. (72 minutes)

[1] Pope St. Pius X coined this term in his landmark encyclical exposing and condemning the modernist heresy, Pascendi Dominici Gregis (1907); see ¶39. Anyone who wants to better understand the subtle, sinister and utterly diabolical nature of this heresy – which has overrun the Church Militant today – should study this encyclical, along with Sacrorum Antistitum (1910), “The Oath Against Modernism.” Pius X had required all bishops, priests and Catholic teachers to take this solemn oath. Unfortunately, this mandate was suspended by Pope Paul VI following the Second Vatican Council.

[2] St. Paul writes “That eye hath not seen, nor ear heard, neither hath it entered into the heart of man, what things God hath prepared for them that love Him” (1 Corinthians 2:9).