The Supernatural Origins of the Spiritual Exercises

Background of St. Ignatius of Loyola

St. Ignatius of Loyola was born to a noble family in 1491. He enjoyed the courtly life and expressed little interest in religion until age 29 when he was wounded in a battle and forced to lie in bed for months to recuperate. The only books available to him were The Life of Christ and The Lives of the Saints.

From that time forward, the Holy Ghost worked in and through Ignatius. He wanted to do “great things for Christ.” It was the day of kings, courts, honor and chivalry. St. Ignatius saw himself as serving the Lord, just as a knight does the will of his king.

He set out on pilgrimage to the Holy Land but ended up delayed for several months at the small city of Manresa in Spain. This was after he made an all-night vigil at the Shrine of Our Lady of Montserrat where he left his sword on Mary’s altar and where he consecrated himself to Her.

For ten months in Manresa, Ignatius studied and spent time in silence. He cared for the poor, begged for bread, and gave much of what he made in a day to the sick in hospitals. He cared for their wounds and spent the night in prayer and in doing penance by scourging himself.

Received from the Mother of God

According to tradition, the Spiritual Exercises were given to St. Ignatius by the Mother of God in an apparition at the cave of Manresa. This supernatural influence is founded upon oral testimony of the early Jesuits and upon a revelation made in 1600 to the Venerable Marina de Escobar which is related in The Life of Father Balthazar Alvarez.

The meditations of the Spiritual Exercises have been used for nearly 500 years. St. Ignatius’ writings have formed the basis of spiritual retreats worldwide, especially for those in religious orders. And today they may be read freely online to anyone who wishes to read them.[1]

Format of the Spiritual Exercises

The Spiritual Exercises are defined by “weeks,” which can be expanded or shortened, depending on their use.

The Ignatian meditations are characterized by putting one’s self into the scenes of whatever it is that is being meditated upon, for example, events in the life of Christ. One imagines he is there to see, hear, smell and feel all that is happening. St. Ignatius also believed in the profound importance of silence to allow the Holy Ghost to work in us. Retreats that use the Ignatian method are silent retreats. They are a powerful opportunity to step outside the everyday noise of activity and concerns in order to be fully present to Our Lord.

Although the original model for Ignatian retreats consisted of four weeks, a five-day format was developed in the 1900s. Father Francis de Paule Vallet was converted to a zeal for Christ during a 30-day retreat. He went on to be ordained as a Jesuit priest in 1920 and then founded the Parish Cooperators of Christ the King, an organization devoted entirely to the preaching of the Ignatian Retreat and promotion of a five-day format to allow for widespread participation by the laity. This format still exists today. Retreats using this format are offered regularly in the United States and Canada by Traditional religious organizations.[2]

During the retreat, the retreatants have a unique opportunity to make a general life confession of all their sins to a priest. A general confession, while not essential to the Spiritual Exercises, is an immensely grace-filled opportunity and one that will open our souls to the workings of the Holy Ghost.[3]

Let us thank St. Ignatius and the Blessed Mother for such a gift to the Church!

Stay tuned for a follow-up article to be posted tomorrow:
“The Spiritual Exercises of St. Ignatius as a Remedy in Our Times.”

[2] For more information about where to find retreats following the Spiritual Exercises of St. Ignatius, you may inquire by leaving a comment in the “Join the discussion” section below or by contacting The Fatima Center. 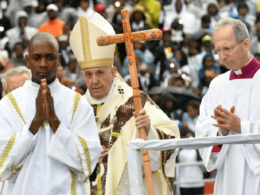 Fatima Perspectives #1333 In an address during his trip to Mozambique, Pope Francis reiterated for the umpteenth time…
byChris Ferrara
No comments 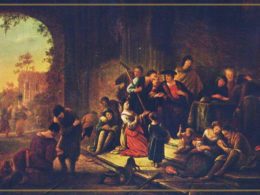 “The main error, the capital crime of this century is the pretension of withdrawing public society from the…
byMatthew Plese
No comments 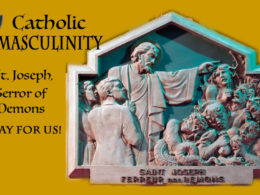 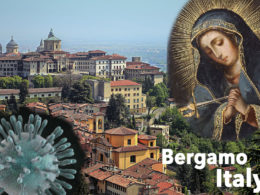 Italy Has Been Chastised. But by Whom?