A Catholic Guide to Relics: What Kinds Are There and Why Do We Honor Them?

Note: The picture above depicts the holy relics kept at the Roman Basilica Santa Croce in Gerusalemme: Fragments of the True Cross, a nail from the crucifixion, two thorns from Our Lord’s Crown, part of the panel nailed to His Cross with the word ‘Nazarene’, and a bone from St. Thomas’ index finger.

Why Do We Honor Relics?

The veneration of relics is a practice that precedes Christianity and has its origin in the Hebrews’ ancient practice. In the Fourth Book of Kings (cf. 13:21) we read the account of a corpse being thrown “into the grave of Elisha”. Upon contact with the prophet Elisha’s remains, the corpse resuscitated to life. Holy objects – including Aaron’s staff, the Ten Commandments, and manna from the desert – were greatly revered and preserved in the Ark of the Covenant (Exodus 25:10).c
The Church continued the veneration of sacred objects from its roots in the Old Testament. A number of our practices are based, in part, on the practices established by the patriarchs and prophets who also received God’s divine revelation.

Many miracles have been worked in the Church’s history through these sacred objects, testifying that God blesses the practice of honoring relics. This truth is further rooted in apostolic practice testified to in the New Testament. For example, a woman was healed by touching the hem of Our Lord’s cloak (cf. Mt 9:21), as well as many others who were sick (cf. Mk 6:56). In the Acts of the Apostles, we read that many were healed by merely touching St. Peter’s shadow (cf. Acts 5:15) and that handkerchiefs and aprons touched to St. Paul wrought healing miracles (cf. Acts. 19:12).

Tradition tells us that Saint Helena, Constantine’s mother, discerned which of the three crosses that were found on the hill of Calvary was the True Cross, upon which our Savior died for us, by placing a sick child on them. The child was restored to health when he made contact with the True Cross. And miracles have routinely been performed at the tombs of St. Charbel, St. Anthony, and countless other saints. The Church’s official prayers on various feast days bear witness to the miracles performed through relics.

Each year the Church celebrates the Feast of the Sacred Relics on November 5th, during what is traditionally the Octave of All Saints. This feast was kept in some places in the pre-1962 Missal and was not universally celebrated. It has fallen away almost completely aside from the traditional priests who choose to keep November 5th as a Votive Mass of the Sacred Relics. The presence of a feast day honoring relics, even if it was only celebrated in some places and not on the Universal Calendar, underscores the importance the Church places on honoring the mortal remains of God’s friends who are now in Heaven with Him. 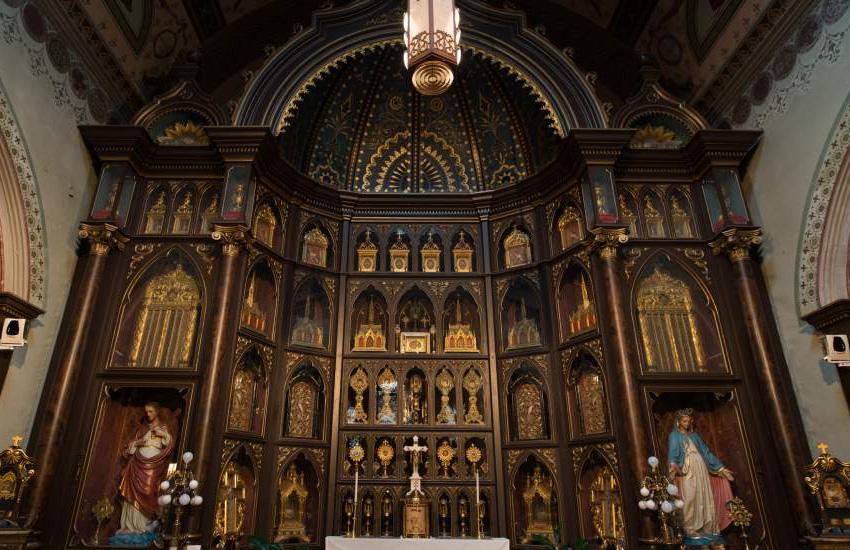 The Chapel of St. Anthony in Pittsburgh, PA is home to the largest collection of relics in the world, outside of the Vatican.

What Are the Three Kinds of Relics?

First Class Relics: These are bits of the mortal remains of saints; they remind us of God’s actions through His holy ones in guiding the world. These remains could be any part of the body – bone, flesh, a drop of blood, or even hair. Thus, a saint’s finger, skull, or any bone would all be first class relics.

Third Class Relics: These are items that a saint touched or that have been touched to a first or second class relic of a saint. Most of the relics that laypeople have are prayer cards that have touched either a saint’s body or their personal items. This is also true for items touched to instruments of Our Lord’s Passion. A Rosary touched to the Relic of the True Cross even becomes a Third Class Relic of the True Cross.

All relics must be held in high esteem, protected, and kept from desecration and harm.

Why Should We Honor Relics?

Each day in the year the Church reads from The Roman Martyrology[1] during the canonical office of Prime, and those daily readings mention hundreds of saints whom the Church honors. The overwhelming majority of these saints are unknown by most Catholics since they are not honored by feast days on the Universal Calendar dedicated to them.

The stories of the saints in the Martyrology inspire us that so many men and women – husbands and wives, children and elders, consecrated religious and laypeople – willingly suffered death rather than to sin. One such story is from February 17th when the Church remembers St. Julian the Cappadocian, who died in 309 AD in Turkey for having honored relics. The reading states: “St. Julian the Cappadocian, who, because he had kissed the relics of martyrs, was denounced as a Christian. Being taken to the governor, he was ordered to be burned to death over a slow fire” (The Roman Martyrology, entry for February 17).

Would we do the same as him to honor the relics of the saints – even if it meant our own death?

Christ is God Who became present, in the flesh, when He came into the world. The flesh has a significant role in life. The relics of saints give witness to holiness that was embodied in the flesh. They give us hope that even in our lives, with all the temptations that come through the experiences of the flesh, we are called to be saints as well. The body will be reunited with the soul at the end of time. The body is the vessel for the soul and as such it is respected and honored. The saints show us how to live through the physical world while rising above it. They also teach us how to die. When we venerate relics, we are truly venerating holiness – the rising of the soul toward godliness.

Our veneration of relics is also a practical manner in which we profess our faith in the Resurrection of the Body at the General Judgment. We know that in some miraculous way, God will reincorporate those first class relics of His saints to their resurrected bodies. Until then, the Church Militant continues to zealously treasure these items, knowing they are a loud and clear witness to the dogma that Christ will come again and raise our bodies back to life, those on His left to everlasting damnation and those on His right to eternal glory.

There is also a wonderful tradition that when Our Lord comes at the end of the world, all the pieces of the True Cross will be reunited and all men shall behold the Instrument of Our Salvation. Angels will accompany Our Lord and bear all the instruments of His Passion, which are our greatest relics – including the Crown of Thorns, the Nails, and the Lance that pierced His side. We know for certain that at least one man-made object – the Holy Cross – will remain in Heaven for eternity even after this world is consumed by fire and God creates a New Heaven and a New Earth.

Truly, relics are a great grace given to men by God!

Note how the holy Angels to the left and right of Christ carry the instruments of the Passion in Rogier van der Weyden’s (+1464) famous Beaune Altarpiece, The Last Judgment. This theme is frequently depicted in Catholic artwork depicting Christ’s Second Coming.

In conclusion, we cite Catholic Church teaching on the honoring of relics, from the Baltimore Catechism, to remind us of what it means to honor relics.

[1] It is certainly meritorious to read from The Roman Martyrology each morning even if you do not pray the Divine Office. A traditional version of the Martyrology in English can be found here: https://amzn.to/38wmz7z 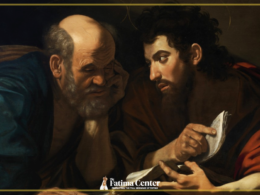 SS. Peter and Paul as a Forgotten Holy Day of Obligation

The Feast of Ss. Peter and Paul was the most commonly observed Holy Day among the feasts of the Apostles.
byMatthew Plese
No comments
View
3 minute read

This Is Madness. Lord, When Will It End?

Fatima Perspectives #1237 On the return flight from his useless papal voyage to Lithuania, Francis was pressed during…
byChris Ferrara
55 shares
55
0
0
0

The Forgotten Sin of Usury

Catholic Apologetics #21 “Thou shalt not lend to thy brother money to usury, nor corn, nor any other…
byMatthew Plese

YouTube has banned The Fatima Center from posting videos for a week (September 22-28, 2022) due to a "violation" in promoting the truth in our video, Conscientious Objection and Blessed Franz Jagersttaer. If you'd like to get our latest videos and watch some of our previous videos, like the one that got banned on YouTube, check out The Fatima Center's Rumble channel. We appreciate your ongoing support and prayers as we continuously strive to bring Our Lady of Fatima's Message to the world!
Total
116
Share
116
0
0
0