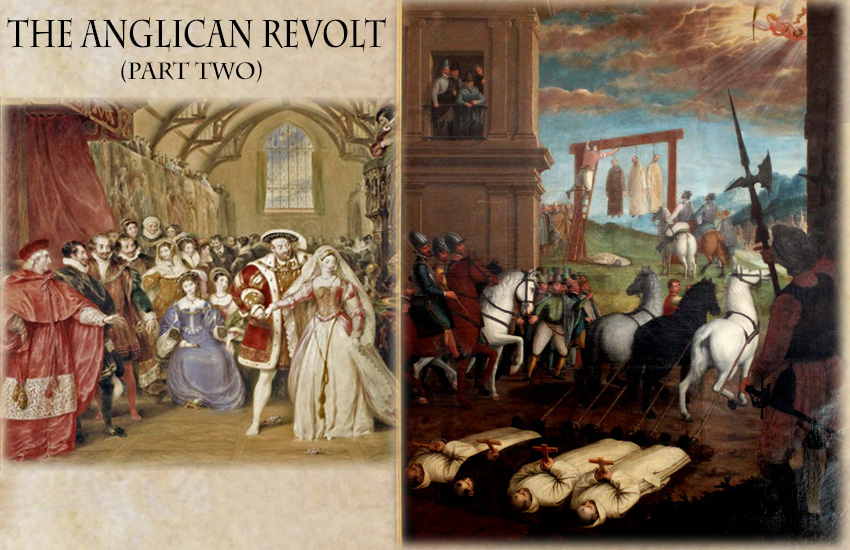 On November 28, 1554, Cardinal Reginald Pole was introduced to both Houses of Parliament by the Lord Chancellor Stephen Gardiner as having come ‘upon one of the weightiest causes that ever happened in this realm; and which pertained to the glory of God, and your universal benefit.’ As the lawful representative successor of Saint Peter, Pole had been dispatched to absolve the kingdom of the grave sins of heresy and schism, and to reconcile the Church in England with Rome.

The Cardinal presented his case to the assembled politicians and clergy as would a physician to his colleagues. The root cause of the once happily Catholic kingdom’s problems, he stated, had been King Henry VIII’s concupiscence. The King’s personal rejection of Papal authority and subsequent breach with Rome had plunged England into a state of schism, which had led to heresy and disobedience to the Church which had resulted in scandals, troubles and misfortunes. Pole reassured his audience, however, that as the Pope and the Apostolic See loved the kingdom, he had come to ameliorate and to palliate. As the kingdom’s ills could only be cured if it once again acknowledged the Pope as Supreme Teacher and Pastor of the Church, it was imperative that the lawmakers who had defied the Pope and denied him his primacy, repeal each and every anti-Papal statute forthwith.

The following day, a delegation comprising both Houses and led by Bishop Gardiner, presented Philip and Mary with a humble petition in which its members declared their sorrow, repenting at the schism, and their disobedience. They begged they could once again be received into the unity of the Catholic Church. Finally, they not only promised to repeal the anti-Catholic Acts passed during the previous reign, but they also expressed the fervent hope that their King and Queen would intercede on their behalf to absolve them of their collective sin. Thus, on November 30, the feast day of Saint Andrew, Cardinal Pole formally absolved the two Houses of Parliament from the guilt of schism and heresy.

Silence descended upon the great hall as all three hundred men sank to their knees and listened as the cardinal pronounced the solemn words of the formal absolution in Latin. And then, slowly making the Sign of the Cross over the assembly, Pole finally restored those present ‘to the communion of the holy church in the name of the Father, Son and Holy Ghost.’ Upon being given absolution, the entire hall spontaneously erupted with a resounding ‘Amen’! The entire assembly then accompanied the King and Queen to the chapel where they sang the Te Deum, whilst the kingdom’s swiftest horses and strongest riders were dispatched to Rome whereupon Pope Julius ordered that public processions be held to rejoice at England’s return to the fold.

These events in the history of the English Reformation are unknown by many, even Catholics. Thankfully, there are good resources available for those seeking to learn the truth of what actually transpired between the time of these events and the unhappy separation of the English to the man-made religion of Anglicanism, which has invalid Holy Orders and is depriving Anglican souls of the Sacraments and of the True Faith which is necessary for salvation.

In 2008, Bella d’Abrera set out to write the most comprehensive Catholic account yet of the English Reformation. She began her first volume, The King with a Pope in His Belly, on Henry VIII himself. That work was followed in 2010 with Papists, Spaniards & Other Strangers, which concerned itself with the death of Henry, the brief reign of his son Edward VI, and the triumphant ascent to the throne of Mary Tudor in 1553. Her third volume, This Sainted Queen, continues by providing an unvarnished account of the enormously difficult task faced by Mary as she found herself obliged as the rightful Queen of England and Ireland, to restore the ancient Faith and the social and governmental institutions that had slowly developed over a millennium and a half, in what had always been Catholic England.

These books are available on Amazon.[1] Spend some time with these resources or other good Catholic books to understand the truths of the English Reformation. And let us pray still for the end of the Anglican Church and their full return to harmony and communion with the Apostolic See.

Prayer for the Conversion of England

O Jesus, Good Shepherd, look down benignly upon the great and noble English nation. Converted to Thee through the labors of St. Augustine and his companions, it was for many centuries rich in fruits of faith and sanctity. So devoted was this nation to Thy holy and Immaculate Mother that it was known throughout Christendom as the “Dowry of Mary.” When it was separated from Thee in cruel fashion, many hundreds of its people willingly shed their blood in testimony of their loyalty to Thee and Thy Church. O Loving Shepherd of souls, recall this great nation once more to the unity of Thy Church, and grant peace of soul to all those now separated from Thy flock. Amen.

Prayer to the Blessed Virgin Mary

O Blessed Virgin Mary, Mother of God, and our own most gentle Queen and Mother, look down in mercy upon England, Thy Dowry, and upon us all who greatly hope and trust in Thee. Through Thee it was that Jesus our Savior and our Hope was given unto the world; and He has given Thee to us that we might hope still more. Plead for us Thy children, whom Thou didst receive and accept at the foot of the Cross, O sorrowful Mother. Intercede for our separated English brethren, that they may be united with us in the One True Fold. Pray for us all, dear Mother, that by faith fruitful in good works we may all deserve to see and praise God together with Thee in our heavenly home. Amen.

Our Lady of the Atonement, intercede for us that there may be fulfilled the prayer of Thy Divine Son, “That all may be one.” Amen.