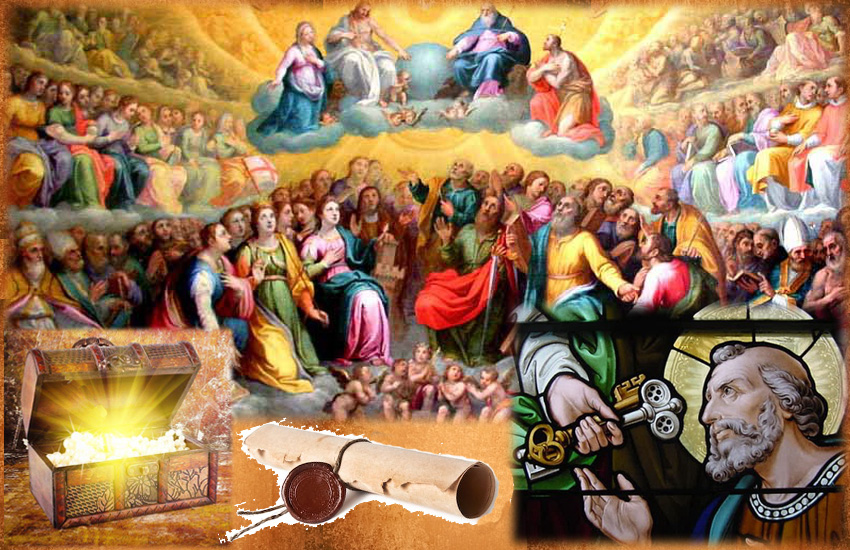 Far too many people do not understand indulgences. First and foremost, an indulgence costs absolutely nothing. It cannot be bought or sold. The Church has always condemned groups that attempted to sell indulgences for monetary gain. The selling of indulgences is unequivocally condemned.[1]

Pope Paul VI said: “An indulgence is a remission before God of the temporal punishment due to sins whose guilt has already been forgiven, which the faithful Christian who is duly disposed gains under certain defined conditions through the Church’s help when, as a minister of redemption, she dispenses and applies with authority the treasury of the satisfactions won by Christ and the saints” (Indulgentiarum Doctrina 1).

An indulgence is a removal of the temporal punishment due to sin. Although you are forgiven in Confession for sins, the punishment stills remains, which would have to be achieved through purification like that accomplished in Purgatory. If an indulgence is performed and earned, then part or all of this punishment is removed. Catechists often use the story of a boy hitting a baseball through his neighbor’s window to explain indulgences. The neighbor forgives the boy for the offense – which corresponds to our forgiveness in the confessional – yet the boy must still make restitution and pay for a new window – which relates to our need for penance to remove the temporal effects of sin.

Remember, indulgences are only possible because of God’s infinite Love, most perfectly displayed upon the Cross. Without Jesus Christ, Who won all the graces we can ever receive through indulgences or otherwise, we would have no chance to be forgiven and obtain salvation.

How Much Merit Does the Church Have to Give Away in Indulgences?

Holy Mother Church possesses an infinite treasury of merits that can be applied to souls. This treasury is composed of the merits of earlier acts of those who are now in Heaven or who are still on Earth that they did not need at the time of their act (i.e. their souls were already clean from the temporal punishment due to sin). This excess is not ‘lost’ if the person performing the indulged act does not ask God to apply the merits to someone in particular, in which case they remain in the Church’s treasury.

However, these merits are small, in fact infinitely small, in comparison to the merits won by Our Lord on the Cross. By His Sacrifice, Our Lord won for us an infinite treasure of merits which He entrusts to His Bride, the one holy Catholic Church. This treasury as such can never run out. There is no concern that the Church will run out of merits to apply to us for our indulged acts.

How Are Indulgences Classified?

While there are in general only two “kinds” of indulgences (partial and plenary), there are various terms used to classify or distinguish them. The more common ecclesiastical terms include: universal, local, perpetual, temporary, plenary, and partial.

Indulgences only remit (or ‘cancel out,’ in more colloquial language) a certain amount of temporal punishment, of which only God knows. If more temporal punishment remains, more indulgences or time in Purgatory (which is also biblical) is required in order to reach the perfection of Heaven.

It is important to realize that although many older holy cards and prayer books indicate a certain length of time of indulgence – for example, 300 days partial indulgence – time as we know it does not exist in Purgatory or Heaven or hell. The Church has never taught that if such a prayer was said, the person would ‘automatically’ get 300 days off their Purgatory time. Ultimately, an indulgence only reduces temporal punishment as God, in His perfect justice and mercy, deems fit. Rather, these time frames corresponded only to penitential practices as were commonly prescribed by the early Church. For example, the 300 days indulgence would correspond to 300 days of earthly fasting and penance. Since it was so misunderstood, most prayer cards no longer print these dates, referring to indulgences instead as either partial or plenary.

The Catechism of St. Pius X on Indulgences:

An Indulgence is the remission of the temporal punishment due on account of our sins which have been already pardoned as far as their guilt is concerned — a remission accorded by the Church outside the sacrament of Penance.

125 Q. From whom has the Church received the power to grant Indulgences?

The Church has received the power to grant Indulgences from Jesus Christ.

126 Q. In what way does the Church by means of Indulgences remit this temporal punishment?

The Church by means of Indulgences remits this temporal punishment by applying to us the superabundant merits of Jesus Christ, of the Blessed Virgin and of the Saints, which constitute what is known as the Treasure of the Church.

127 Q. Who has the power to grant Indulgences?

The Pope alone has the power to grant Indulgences in the whole Church, and the Bishop in his own diocese, according to the faculty given him by the Pope.

128 Q. How many kinds of Indulgences are there?

Indulgences are of two kinds: plenary and partial.

A plenary Indulgence is that by which the whole temporal punishment due to our sins is remitted. Hence, if one were to die after having gained such an Indulgence, he would go straight to Heaven, being, as he is, perfectly exempt from the pains of Purgatory.

A partial Indulgence is that by which is remitted only a part of the temporal punishment due to our sins.

131 Q. Why does the Church grant Indulgences?

In granting Indulgences the Church intends to aid our incapacity to expiate all the temporal punishment in this world, by enabling us to obtain by means of works of piety and Christian charity that which in the first ages Christians gained by the rigor of Canonical penances.

132 Q. What is meant by an Indulgence of forty or a hundred days or of seven years, and the like?

133 Q. What value should we set on Indulgences?

We should set the greatest value on Indulgences because by them we satisfy the justice of God and obtain possession of Heaven sooner and more easily.

134 Q. Which are the conditions necessary to gain Indulgences?

The conditions necessary to gain Indulgences are: (1) The state of grace (at least at the final completion of the work), and freedom from those venial faults, the punishment of which we wish to cancel; (2) The fulfilment of all the works the Church enjoins in order to gain the Indulgence; (3) The intention to gain it.

135 Q. Can Indulgences be applied also to the souls in Purgatory?

Yes, Indulgences can be applied also to the souls in Purgatory, when he who grants them says that they may be so applied.

A Jubilee, which as a rule is granted every twenty-five years, is a Plenary Indulgence to which are attached many privileges and special concessions, such as that of being able to obtain absolution from certain reserved sins and from censures, and the commutation of certain vows.

Conditions for Any Indulgence:

Note: An indulgence can only be applied to one’s self or to someone who is deceased. One cannot apply an indulgence to someone else who is living on earth.

The above conditions as well as the following:

If a person does not meet the plenary criteria but meets the criteria for a partial indulgence, the individual will obtain the partial indulgence. A plenary indulgence can be gained only once a day unless the person is in danger of death. Some indulgences, such as visits to a cemetery, can be applied only to the souls in Purgatory.

Throughout its history, Holy Mother Church has granted indulgences (i.e. removal of some of the temporal punishment remaining on the soul due to sins that are forgiven in Confession) for the giving of alms, for saying prayers, or for various pious acts. But the notion that the Church has ever asked for payments from people as if they were buying their way into Heaven is an outright falsehood, and those who attempted to do such sinful actions were swiftly condemned.

[2] “Although a person might still sin, as we all do, or even be inclined to a habitual sin, such as using God’s name in vain, yet so long as the attachment to the sin or the desire to commit it is absent from the person’s soul, he or she would be considered free from attachment to sin. If this disposition is in any way less than perfect or if any of the prescribed three conditions are not fulfilled, the indulgence will be only partial.” (Taken directly from Enchiridion of Indulgences – Norms and Grants, authorized English Edition, translated by Fr. William T. Barry, C.SS.R., Catholic Book Publishing Co., New York, New York; from the Second Revised Edition of the Enchiridion of Indulgences issued by the Sacred Apostolic Penitentiary, 1968 and originally published by Libreria Editrice Vaticana, Vatican City, 1968.)