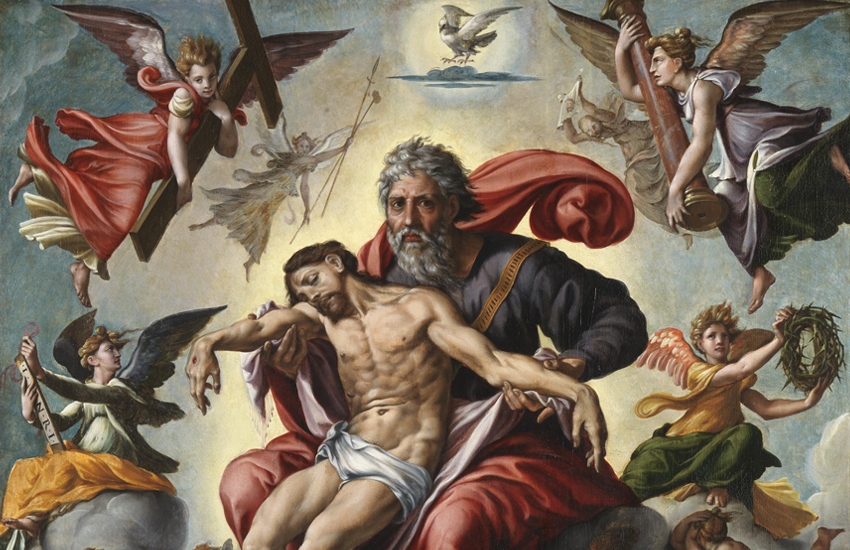 Modern Judaism Is a False Religion

“The veil of the Temple was torn asunder at the death of Christ because at His death the Jewish religion ceased to be the true religion, and God no longer manifested His presence in the Temple” (Baltimore Catechism #3, Question 390).

People might erroneously think that because Jesus Christ was a practicing Jew throughout His lifetime, Judaism may still be “a” true religion, pleasing to God and capable of bringing its practitioners to salvation. There are other Christians who assert that the practice of Judaism today is meritorious in some way, often justifying this by suggesting that the Jews of today are the “older brothers in faith” of Christians. But these notions are entirely false.

The Jewish religion of the Old Testament Israelites had been divinely revealed and hence it was the true religion at that time. However, it was brought to a definitive end by the death of Our Lord Jesus Christ, the Second Person of the Blessed Trinity. By His perfect and eternal sacrifice on the Cross, the God-man established His New Covenant and made the Old Covenant obsolete. Since our observance of religious duties is due to their institution by God, they cease if and when God chooses to end them. And this He did in regards to the Old Covenant. We follow religious customs and rules only because God wishes for them to be observed. To do so for any other reason would constitute superstition.

Whereas in the time before Christ, the temple was where sacrifice was offered to God and the remission of sins was obtained by animal sacrifices, that reality ceased by Christ’s fulfillment of the Old Law and His institution of the New Law.

The Baltimore Catechism likewise explains: “The Jewish religion, which, up to the death of Christ, had been the true religion, ceased at that time to be the true religion, because it was only a promise of the redemption and figure of the Christian religion, and when the redemption was accomplished and the Christian religion established by the death of Christ, the promise and the figure were no longer necessary” (Baltimore Catechism #3, Question 391).

Furthermore, the Baltimore Catechism clarifies what was abolished: “The moral laws of the Jewish religion were not abolished by the establishment of Christianity, for Christ came not to destroy these laws, but to make them more perfect. Its ceremonial laws were abolished when the Temple of Jerusalem ceased to be the House of God… By moral laws we mean laws regarding good and evil. By ceremonial laws we mean laws regulating the manner of worshipping God in Temple or Church” (Baltimore Catechism #3, Questions 392 – 393).

Thus, while we are right to – and must! – observe the Ten Commandments, because they are the basis for morality, we would be wrong to insist upon observing the dietary laws of the Old Testament. To claim that the eating of pork is sinful, that meat and cheese should not be eaten together, or that the rules on farming as outlined in the Old Testament apply, is false. In fact, teaching others to observe these abolished laws is sinful.

After the destruction of the Temple in 70 AD, which was prophesied by Christ Himself (cf. Luke 21:20-24), the remaining Jews who were not killed in the slaughter set about to re-establish their ethnic communities and religion. Yet without the temple, they fell back upon a practice which had been developed during the Babylonian Captivity, where their religious customs and rites centered about the synagogue. They could no longer offer the prescribed sacrifices, for these were only permitted to be offered in the temple. Being incapable of fulfilling the precepts of the Mosaic Law handed down by the patriarchs and prophets, they instead invented a new religion with numerous similarities to their ancestral religion.

Thus, the destruction of the Temple led to the establishment of Rabbinical Judaism, which ultimately replaced Pharisaic Judaism around the 6th century. Its centerpiece text was the Talmud. The Talmud contains numerous horrendous blasphemies about Our Lord and His Blessed Mother, including calling Christ a sorcerer, attributing His miracles to magic, asking for His name to be blotted out, and deriding Him for His shameful death.

Modern Judaism, which is based on the Torah and the Talmud, is a new man-made religion intended to attack Christianity. The Old Testament Judaism, which was abolished by Our Lord, does not exist in our world any longer. So, when you hear of Judaism, do not mistake modern Jewish practices to be in line with those of Our Lord’s time. While both groups are usually referred to as “Jews,” they are very different.

It is our duty as Catholics to try to convert and save the souls of all non-Catholics, including Jews, since they cannot be saved in their false religions. Those who claim otherwise – even if they be priests or bishops – objectively fall into material heresy. The Catholic Church alone is the only True Religion in the world. It was instituted by God Himself to perfect and replace the religious worship and faith He had previously revealed precisely as a preparation for the fullness of His revelation – The Incarnate Word, God Himself, assuming a human nature and dwelling amongst us.

Prayer for the Conversion of the Jews:

O God, Who dost manifest Thy mercy and compassion towards all peoples, have mercy upon the Jewish race, once Thy Chosen People. Thou didst select them alone out of all the nations of the world to be the custodians of Thy sacred teachings. From them Thou didst raise up Prophets and Patriarchs to announce the coming of the Redeemer. Thou didst will that Thine only Son, Jesus Christ Our Lord and Savior, should be a Jew according to the flesh, born of a Jewish maiden in the Land of Promise. Listen to the prayers we offer Thee today for the conversion of the Jewish people. Grant that they may come safely to a knowledge and love of Our Lord Jesus Christ, the Messiah foretold by their Prophets, and that they may walk with us in the way of salvation. Amen.

Prayer of the Congregation of Our Lady of Sion:

God of all goodness and Father of mercies, we beseech Thee, through the Immaculate Heart of Mary, and by the intercession of the Patriarchs and holy Apostles, to cast a look of compassion upon the children of Israel, that they may be brought to the knowledge of our only Savior, Jesus Christ, and may partake of the precious fruits of the Redemption. Father, forgive them, for they know not what they do. Amen.