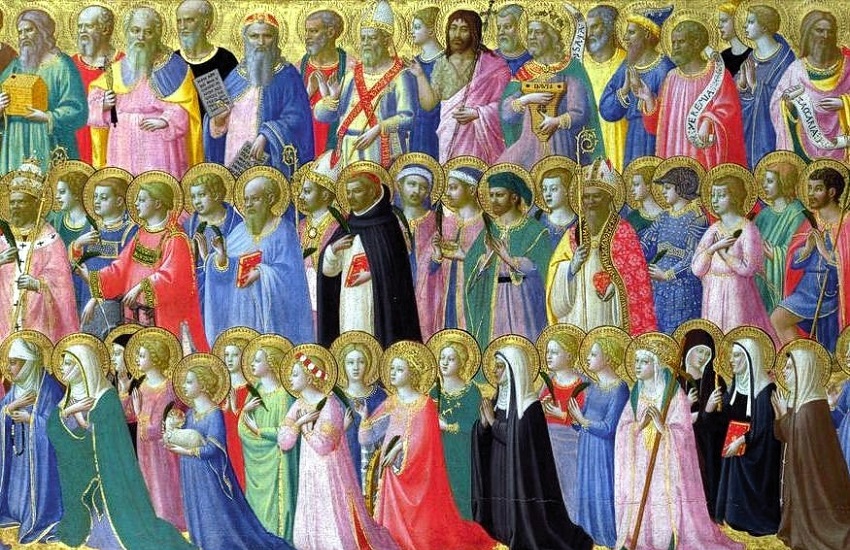 The Seven Traditional Categories of Saints

A canonized saint is a person who the Church declares to already be in possession of the Beatific Vision (i.e. one whose soul is in Heaven and ‘sees’ God). The Catholic Encyclopedia notes that: “The Catholic Church canonizes or beatifies only those whose lives have been marked by the exercise of heroic virtue, and only after this has been proved by common repute for sanctity and conclusive arguments” [emphasis added].

While the saints’ bodies have not yet been resurrected and united with their souls (except for the Blessed Virgin Mary[1]), they now live in eternal life. And the saints are for us not only role models that we should imitate but they are also our companions in this earthly sojourn. These souls which form the Church Triumphant intercede for us if we ask for their prayers since God, Who sees and knows all things, makes our petitions known to the saints in His Providence.

While all saints are worthy of imitation and all can serve as useful guides, they come from different situations, times, and places. What does a saint from 300 AD who died by the sword have in common with a nun in 1300 who lived her entire life in a convent, or to a missionary priest who labored in South America in 1750, or to an average lay Catholic who led a heroic life of virtue in our own nation?

Using the Roman Missal as a guide, we discern seven categories of saints. Do note that there may be some overlap in that a particular saint may belong to more than one category.

Apostles: This category refers to the Eleven faithful disciples of Our Lord Jesus Christ who followed Him throughout His three years of ministry and who all suffered many torments for spreading the Gospel. All of them except for St. John were martyred for spreading and maintaining the Catholic Faith, although St. John was miraculously preserved from being scalded to death in boiling oil (thus, in a certain sense he too can be invoked as a martyr). To this privileged category are also added St. Matthias, the disciple who replaced Judas as one of the Twelve after his betrayal and suicide, and St. Paul, the Church’s greatest missionary and ‘Apostle to the Gentiles.’ The Roman Missal also categorizes St. Barnabas as an Apostle, even though he was not among the Twelve. He introduced St. Paul to the Apostles and vouched for his conversion. He was also the companion of St. Paul on his first missionary journeys.

Evangelists: Of the four Gospel writers, two of them were Apostles: St. Matthew and St. John. St. Mark and St. Luke were fellow co-workers of the Apostles, but they were not among the Twelve themselves. Tradition recognizes St. Mark as having recorded the gospel preached by St. Peter in Rome and St. Luke, the companion of St. Paul, to have recorded his gospel by carefully interviewing witnesses who knew Our Lord (cf. Luke 1:1-4). These two additional Evangelists are honored in many ways similar to the Apostles in the Church’s Liturgy.

Martyrs: There are three conditions that must be in place for someone to be a martyr. First, the person must be united to the One, Holy, Catholic and Apostolic Church (this obviously excludes heretics and schismatics). Second, the person must suffer from an external enemy who inflicts death on the person as a result of hatred for the Christian Faith. Third, the person accepts his death in submission to God’s providence. In practical conversation, we say a martyr is a Catholic who has willingly given up his life for the Faith. He may have refused to sacrifice to a false god, refused to honor a false religion, or courageously witnessed to the Truth – and for that he was killed.

Unlike in Islam where evil men claim to be martyrs by killing others and dying in the process, in Catholicism a martyr is someone who refuses to deny an article of the Faith and is killed as a result. True martyrs do not kill others to earn that title. Martyrs are especially holy men and women who show that with God’s grace, despite horrendous tortures, sometimes long, cruel and barbaric, one can have the strength to resist sin and remain true to the Gospel. In the Church’s liturgy, martyrs are sometimes honored together (e.g. Saints Perpetua and Felicity), especially if they were somehow linked together in their crowning victory. There are other martyrs who are honored alone (e.g. St. Peter of Verona). The Mass prayers proper to the saints also differ for martyrs according to liturgical season, for example if the feast falls within or without Paschaltide (the fifty days which follow Easter Sunday).

Confessors: In this category the Church commemorates holy men who were not apostles, evangelists, or martyrs. Historically, the title “Confessor” was given to those who had suffered persecution and torture for the Faith but not to the point of suffering martyrdom for it. As Christianity emerged as the dominant religion in Europe by the fifth century, persecutions became rare and the title was given to male saints who lived a holy life and died a holy death.

Canonized priests, monks, laymen, etc. are all grouped in this category. They come from all walks of life and backgrounds. And while they are all grouped together, the story of each of their lives is worth reading and contemplating, to see how we might better conform our lives to the will of God. The Church also distinguishes in her prayers those for a Confessor who was consecrated a Bishop (e.g. Confessor Bishop) and those who were not Bishops. Many Confessors are also Doctors of the Church.

Doctors: The title of “Doctor of the Church” is bestowed on certain individuals not only for their faith but primarily for their skillful explanation and defense of the Faith. While they are known as Doctors, the name has no connection with medical science. The first saints given this title on September 20, 1295 by Boniface XIII were St. Ambrose, St. Augustine, St. Jerome, and St. Gregory the Great.[2] The next added was St. Thomas Aquinas and since then the list has grown to include over thirty saintly teachers. Other Doctors include St. Anselm, St. Peter Damien, St. Robert Bellarmine, and St. Alphonsus Liguori.

Virgins: In 1 Corinthians, Saint Paul suggests a special role for virgins or unmarried women, and in 2 Corinthians 11:2, Paul alludes to the metaphor of the Church as the Bride of Christ by stating: “I have espoused you to one husband, that I may present you as a chaste virgin to Christ”. Some saints have chosen to forsake marriage to devote their entire lives to prayer and service to the Faith. Virgin saints include St. Marcelina, St. Genevieve, and St. Therese of Lisieux. Even in the Church today, some women choose to live lives as consecrated virgins, but not as religious nuns, by taking part in the Rite of the Consecration performed by their Bishop.

Special prayers are offered in the Church’s official prayers for Virgins who were also martyrs. Each of the four great ancient Christian Sees even developed a particular cult of veneration for a local virgin-martyr: St. Catherine at Alexandria, St. Margaret at Antioch, St. Barbara at Constantinople, and St. Agnes at Rome.[3]

Holy Women: The category for Holy Women honors all female saints who were not virgins or martyrs but are recognized by the Church as having reached Heaven. These mothers and wives show the average Catholic today that Heaven is possible. St. Monica and St. Helena are the best known saints from this group. St. Elizabeth Ann Seton, the first American saint ever canonized, was a convert from Protestantism to Catholicism. Despite great resistance from her family and being ostracized, she went on to establish the first Catholic girls’ school in the United States in Emmitsburg, Maryland. There she also founded the first American congregation of religious sisters called the Sisters of Charity. Three basic points led her to become a Catholic: belief in the Real Presence of Jesus in the Holy Eucharist, devotion to the Blessed Mother, and the conviction that the Catholic Church alone through its apostolic succession leads back to the Apostles and to Christ.

There are other lesser categories of saints as well. Some saints were hermits. Some were anchorites. But regardless of their grouping, they all can provide us with examples to imitate. Our goal is to reach Heaven and see God; and, regardless of our circumstances in life, we can be sure that there are saints who can provide us with encouragement, examples, and intercession. The Church has canonized over 10,000 saints. But we know that the number of saints in Heaven is far more. St. John saw in Heaven a “great multitude, which no man could number.” (Apocalypse 7:9) For that reason, we celebrate all saints – those known and those unknown to us – on All Saints Day on November 1st of each year. 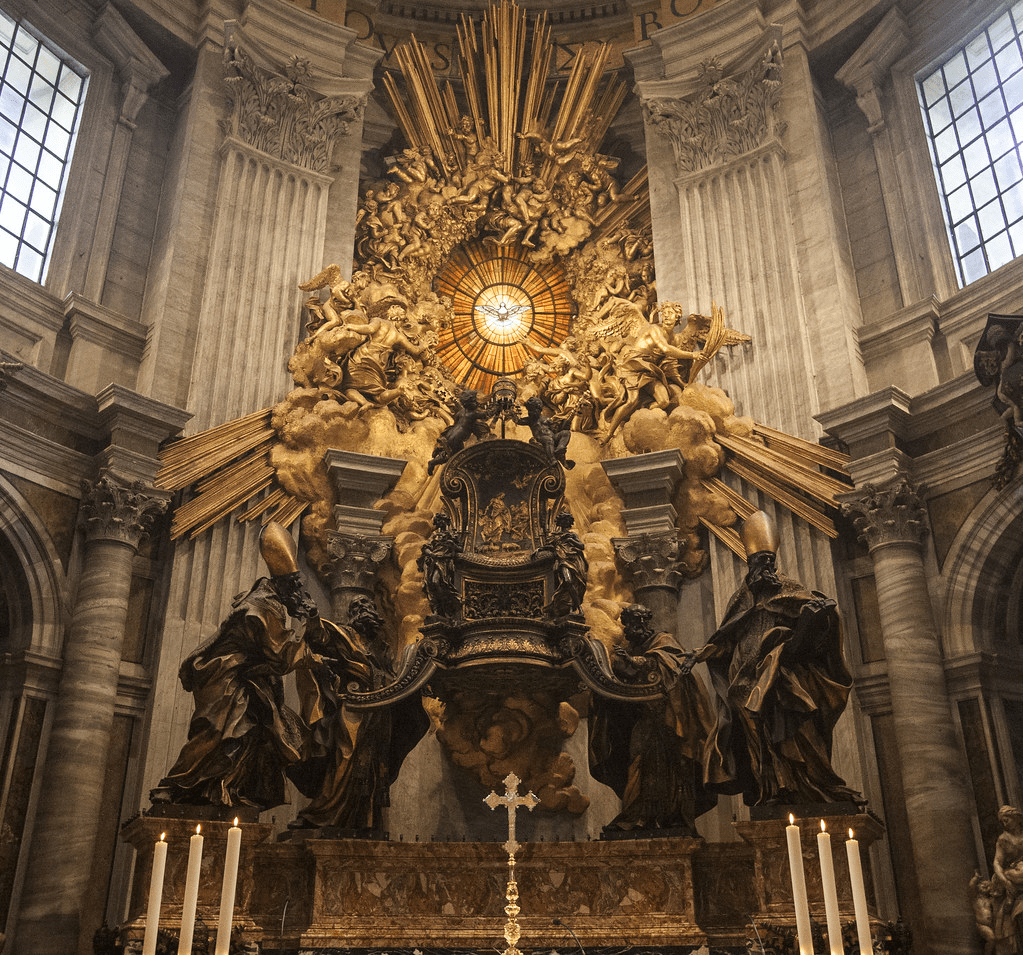 [1] Editorial note: We have infallible certitude that the Blessed Virgin Mary’s soul has already been united to Her glorified body on account of Pius XII’s dogmatic teaching on the Assumption (see Munificentissiums Deus, 1950). There is also an ancient tradition that St. John, the Beloved Disciple, was granted the grace of his body already having been resurrected. Scriptural support for this is found in John 21:20-23. Historical support comes from the fact that, along with the sites hallowed by Our Lord Himself, the remains of St. Peter, St. Paul and St. James became the sites of Christianity’s most important pilgrimages, yet there has never been a recorded shrine to St. John’s relics! There is also a tradition that St. Joseph received the grace of a glorified body. Both St. Joseph and St. John lived virginal lives of perfect purity, which according to a divine logic would seem a pre-requisite for such a glorious grace. The notion that St. Joseph and/or St. John have glorified bodies in Heaven belongs to the realm of pious belief, not doctrinal certitude. Catholics are not obligated to believe this, whereas we must believe, under pain of mortal sin, that Our Lady has been assumed body and soul.

[2] These four are known as the Four Great Western [Latin] Fathers. Many churches in Europe and Latin America have sets of statues or paintings depicting them, similar to how we are accustomed to seeing the Four Evangelists. They are paralleled by the Four Great Eastern [Greek] Fathers: St. Athanasius, St. Basil the Great, St. Gregory Nazianzen and St. John Chrysostom, all of whom are also acknowledged as Doctors of the Church. Four of these great bishop saints hold up the “Cathedra Petri” in the Vatican (pictured above). The two in the front wearing miters are the Latin Fathers St. Augustine and St. Ambrose, the two in the back are the Eastern Fathers St. Athanasius and St. John Chrysostom. These sculptures were commissioned by Pope Alexander VII (1655-1667).