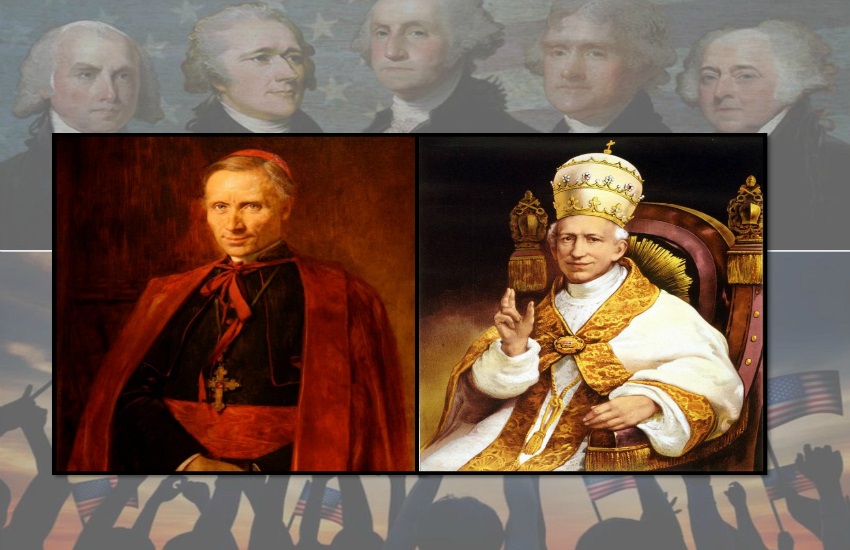 The Americanism Heresy: What Is It? Is It Still Around?

The encyclical Testem benevolentiae nostrae, on the history of Americanism, was published by Pope Leo XIII on January 22, 1899. It was addressed to Cardinal Gibbons of Baltimore. And while this encyclical is unknown by the vast majority of Catholics, even American Catholics, it is nevertheless an extremely relevant document to the modern Catholic.

Much of what we are suffering from in America is the loss of our Catholic identity, and those familiar with this forgotten encyclical will see that the situation of today has been significantly affected by the cultural liberalism of American Catholics. In this document, Pope Leo XIII condemned the notion that Catholics could decide doctrine for themselves (i.e. cafeteria Catholics) and accept and reject doctrines, customs, and practices according to their own whims. The Holy Father emphasized that Catholics must obey the magisterial teachings of the Universal Church which is a universal faith that does not alter its dogmas from nation to nation.

These errors have been loosely grouped by Catholic historians and scholars under the general term of “the heresy of Americanism.” This heresy is practiced by many Catholics who have no idea they have fallen into this heresy.

As we strive to make our fellow American Catholics aware of this condemned heresy, let us keep in mind the sentiments of Archbishop John Hughes. Back when Catholic bishops better proclaimed the Catholic Faith, Archbishop John Hughes of New York, who was Archbishop from 1842 until 1864, said: “The goal of the Catholic Church is to convert all pagan nations and protestant nations. There is no secrecy in this; it is the commission of God to His one true Church. Everyone should know that we have for our mission to convert the world, including the inhabitants of the United States; the people of the cities, the peoples of the country, the officers of the Navy and the Marines, the commanders of the Army, the Legislature, the Senate, the Cabinet, the President and all.”

“The underlying principle of these new opinions is that, in order to more easily attract those who differ from her, the Church should shape her teachings more in accord with the spirit of the age and relax some of her ancient severity and make some concessions to new opinions.”

Pope Leo notes that many are suggesting not just a change in practices and customs, but even changes in dogma, especially out of an “ecumenical” desire to attract non-Catholics. Pope Leo rightly explains that this effort is futile and correctly prophesies that such a betrayal of Christ would only lead to a weakening of the faith and a loss of Catholics. What might he say to the situation in the Church today; when so many ecclesiastical leaders have failed to heed his admonition?]