Honoring the 41 Saints of the Roman Canon (Part II)

Yesterday in Part I we considered the saints of the Roman Canon mentioned before the Consecration. Today, we consider those named after the Body and Blood of Our Lord and Savior are present upon the altar of sacrifice.

“To us sinners, also, your servants, who hope in your many mercies, deign to grant some share and fellowship with your holy Apostles and Martyrs: John, Stephen, Matthias, Barnabas, Ignatius, Alexander, Marcellinus, Peter, Felicity, Perpetua, Agatha, Lucy, Agnes, Cecilia, Anastasia, and all your Saints.”

The Saints of the Roman Canon Mentioned After the Consecration

All saints in Heaven surely were devoted to the Holy Mass, yet only 41 are named in the Canon of the Mass. We would do well to pray to them and to especially honor them on their annual feast days.

“We can best honor the saints by imitating their virtues, and we shall learn their virtues from the written accounts of their lives. Among the Saints we shall find models for every age, condition or state of life.”

This week try to go to Mass at least one extra time during the week, offer up your intentions in union with the bread during the Offertory, invoke the saints during the Canon to intercede for you and your intentions, and thank God during Communion for making it possible for mere human beings to make it to Heaven. 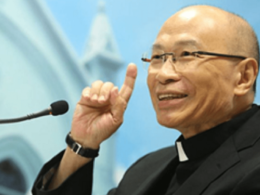 Fatima Perspectives #1379 As the Catholic Herald reports, the Vatican has apparently agreed with the butchers of Beijing…
byChris Ferrara
No comments 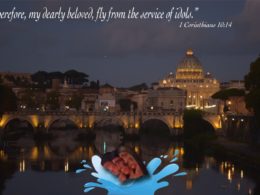 It’s being called the greatest news coming out of Rome in months! Five of the Amazonian idols on…
byDavid Martin
No comments

Did Pope Francis Deny the Divinity of Christ? Probably Yes and No

Fatima Perspectives #1343 Yet again Pope Francis has granted an interview to his atheist friend and confidante, Eugenio…
byChris Ferrara
24 shares
24
0
0
0
No comments