While Friday abstinence is the law of the Church and whereas Saturday abstinence used to be required until the mid 1800s (and is still highly recommended), Wednesday is often added as the next most appropriate day for fasting and abstinence.

In his entry for Spy Wednesday (i.e., the Wednesday of Holy Week), Dom Prosper Guéranger writes of the intricate connection between Our Lord’s betrayal and the Church’s practice of Wednesday penance:

“Such is the impious scheme devised on this day, within the precincts of the temple of Jerusalem. To testify her detestation at it, and to make atonement to the Son of God for the outrage thus offered Him, the holy Church, from the earliest ages, has consecrated the Wednesday of every week to penance. In our own times, the fast of Lent begins on a Wednesday; and when the Church ordained that we should commence each of the four seasons of the year with fasting, Wednesday was chosen to be one of the three days thus consecrated to bodily mortification.”

Wednesday Fasting Is of Apostolic Origin[1]

The Didache, also known as ‘The Lord’s Teaching Through the Twelve Apostles to the Nations,’ written by the end of the first century, states in chapter 8: “But let not your fasts be with the hypocrites; for they fast on the second and fifth day of the week; but [you] fast on the fourth day and the Preparation.”

Since Sunday is the first day of the week, the fourth day referred to Wednesday and the day of Preparation referred to Friday. The phrase “day of preparation” (or, “parasceve”), which refers to the day preceding the Sabbath on Saturday, is found in the Scriptures in Matthew 27:62; Mark 15:42; Luke 23:54; and John 19:14,31,42. All such instances unequivocally confirm that it refers to Friday.

Likewise, the 1875 Catechism of Father Michael Müller adds: “This practice began with Christianity itself, as we learn from St. Epiphanius, who said: ‘It is ordained, by the law of the Apostles, to fast two days of the week.’” Some places also added Saturday fasting, as noted by St. Francis de Sales who wrote, “The early Christians selected Wednesday, Friday, and Saturday as days of abstinence.”

“The obligation of fasting on all Wednesdays and Fridays ceased almost entirely about the tenth century, but the fixing of those days by ecclesiastical authority for fasting, and the desire to substitute a Christian observance at Rome for certain pagan rites celebrated in connection with the seasons of the year, seem to have given rise to our Ember Days. …

“About the tenth century the obligation of the Friday fast was reduced to one of abstinence from flesh meat, and the Wednesday fast after being similarly mitigated gradually disappeared altogether.”

As a result, Ember Days are always Wednesdays, Fridays, and Saturdays. And while fasting laws did vary from place to place, some places kept Wednesdays with more rigor than others for centuries even after the 10th century. For instance, in Ireland per the Irish Ecclesiastical Record: “…down to the middle of the seventeenth century…the use of meat was prohibited on all Wednesdays throughout the year.”

The Example of Tertiaries of Religious Orders

The traditional Rule for Third Order Carmelites before Vatican II called for tertiaries to voluntarily take up year-round Wednesday abstinence (page 235). And likewise, the Rule of Life for Dominican Tertiaries from 1285 until 1923 asked for tertiaries to keep Wednesdays as days of perpetual abstinence: “the brethren and sisters of this fraternity may eat meat on Sundays, Tuesdays, and Thursdays. On other days of the week let them keep abstinence…”

While we may not be tertiaries, we can certainly be inspired by such men and women who, while remaining lay people, chose to observe these rules – among others – for the pursuit of Christian perfection.

In addition to the periods of required fasting (e.g., Lent, Ember Days, and certain Vigils) and in addition to the former days of fasting which we can observe (e.g., the Apostles Fast, the Assumption Fast, the Advent Fast, and the Vigils of the Apostles and other great Feast Days), we may wish to answer Heaven’s call for penance by incorporating Wednesday penance into our routines, which hopefully already include both Friday and Saturday penance.

For instance, it would be meritorious to observe abstinence year-round on Wednesdays (beyond the periods already characterized as times of fasting and abstinence). Such a practice would be commendable on all additional Wednesdays of the year with exemptions when either a Holy Day of Obligation, Former Holy Day of Obligation, or First-Class Feast falls.

[1] For more information on this, see https://fatima.org/news-views/fasting-part-2-fasting-in-the-early-church-through-the-5th-century/

The critics of Pope Francis’ Administration have been vindicated big time! The latest profanation spewing forth from the…
byDavid Martin
1 share
1
0
0
0 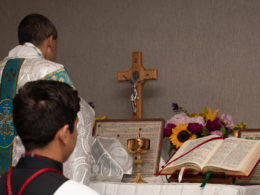 Reactions the World Over The reaction to Traditionis Custodes[1] has been varied, depending on the person affected. For most…
byEric Bermingham
22 shares
22
0
0
0
No comments 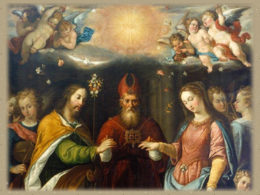 Catholic Apologetics #44 What is Marriage? Marriage, one of the seven sacraments of the Catholic Church, is a…
byMatthew Plese
No comments

YouTube has banned The Fatima Center from posting videos for a week (September 22-28, 2022) due to a "violation" in promoting the truth in our video, Conscientious Objection and Blessed Franz Jagersttaer. If you'd like to get our latest videos and watch some of our previous videos, like the one that got banned on YouTube, check out The Fatima Center's Rumble channel. We appreciate your ongoing support and prayers as we continuously strive to bring Our Lady of Fatima's Message to the world!
Total
31
Share
31
0
0
0