Divorce and Civil “Remarriage” Is Adultery (a Mortal Sin)

Marriage is rapidly becoming temporary. The divorce rate among couples married in the United States is approaching fifty percent. And divorce is not limited to non-Catholics. Although surveys encouragingly have shown that the divorce rate among Catholic couples is much lower than average, that rate, too, is increasing. More couples today are cohabiting before marriage, which itself is a grave sin and a terrible attack upon marriage and the family. Indeed, the very concept of what it means to be married is being challenged at the highest federal levels in the Unites States and in other countries.

The question on how this impacts Catholics is obvious. If a Catholic were to obtain a civil divorce, such a document would not in the slightest degree change whether the person had received the Sacrament of Matrimony, which is indissoluble by any earthly power for as long as both husband and wife remain alive. Thus, if a man or woman united by the Sacrament of Holy Matrimony were to “divorce” and then “remarry” civilly, then that person would be in a state of adultery since he/she would be living with someone with whom they were not actually married.[1] If such a person dies while in the state of adultery, without true contrition, he/she would surely be damned and lose Heaven for all eternity!

The state’s recognition of divorce is irrelevant to the morality of this situation – those who are civilly divorced and “remarried” are objectively in a grave state of public sin. They must leave the adulterous union that they now refer to as “marriage” and reconcile to the Church. Only then can the person be restored to the state of sanctifying grace and be able to receive Holy Communion. See “Can Divorced and Remarried Catholics Receive Communion?” for more information.

Note: This is different from someone who is civilly divorced (e.g., his spouse has left him), does not civilly “remarry,” and respects the fact that so long as his spouse is alive, he is not free to marry again. Such civilly divorced persons are not separated from Communion with Christ or His Church.

The Divorced and “Remarried” Acting as Liturgical Ministers

Another issue arises when those who are divorced and “remarried” attempt to serve in the liturgy. Whether they serve as an altar server or as a lay minister (e.g., lector) in the Novus Ordo, their presence is indeed a cause of scandal for the faithful who recognize in their lifestyle an incompatibility with the Faith. These scandalous individuals must be carefully and prudently counseled on what they must do for the good of their souls.

If such individuals (i.e., those present in the sanctuary) are not corrected, it scandalizes the rest of the Christian community. Many people – especially among the young – begin to think that there is nothing morally wrong with being “divorced and remarried.” If one erroneously thinks such a state is morally acceptable before God, then how would one ever strive for true contrition and thereby return to a state of friendship with God?

Those who are in the state of mortal sin are not in Communion with Christ, His Church, or fellow Catholics. We cannot pretend that overlooking the situation will make it go away. Only repentance and sacramental confession can restore the soul to grace. And until this occurs, this person should not assist in any formal capacity at the liturgy. He/she must still attend Holy Mass, since missing Mass on Sundays and Holy Days of Obligation is also a mortal sin, but the person must not receive Holy Communion until reconciled through sacramental absolution.

From 1952 to 1955 there were a total of 392 annulments issued for the entire world. This is seemingly in line with what an annulment is – it is a statement that a marriage was never validly contracted. You would logically expect that very few of the people who believe they are living a married life are not actually married.

But in the year 1997 alone there were 73,000 annulments issued worldwide! It is simply ludicrous to believe that so many invalid marriages take place. If they do take place, shouldn’t one of the greatest concerns in the Church and society be limiting the number of these invalid unions? The treatment of annulments as a Catholic form of divorce is a grave violation of God’s law and the indissolubility of marriage.

Read Annulments: The “Get Out of Marriage Card” for Catholics for more information.

Prayer to the Holy Family to Serve as Our Model

O most loving Jesus, Who by Thy sublime and beautiful virtues of humility, obedience, poverty, modesty, charity, patience, and gentleness, and by the example of Thy domestic life didst bless with peace and happiness the family Thou didst choose on earth, in Thy clemency look down upon this household, humbly prostrate before Thee and imploring Thy mercy. Remember that this family belongs to Thee; for to Thee we have in a special way dedicated and devoted ourselves. Look upon us in Thy loving kindness; preserve us from danger; give us help in time of need, and grant us the grace to persevere to the end in the imitation of Thy Holy Family; that having revered Thee and loved Thee faithfully on earth, we may bless and praise Thee eternally in Heaven.

O Mary, most sweet Mother, to Thine intercession we have recourse, knowing that Thy Divine Son will hear Thy prayers.

And do thou, O glorious Patriarch, St. Joseph, assist us by thy powerful mediation, and offer, by the hands of Mary, our prayers to Jesus. Amen.

[1] For a baptized Catholic to be truly married, the Catholic must be united in marriage by the Sacrament of Holy Matrimony. Any baptized Catholic who does not enter a marital union through the Sacrament is in fact not married at all. This is an authoritative teaching of the Catholic Church’s tradition. It reflects objective reality – that is, how God Himself looks upon the marital status of an individual. 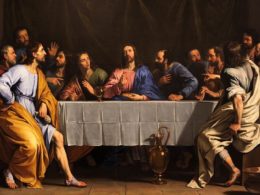 The Feast of Corpus Christi

A blessed Feast of Corpus Christi to you! “O taste, and see,” says the Psalmist, “that the Lord…
byThe Fatima Center
7 shares
7
0
0 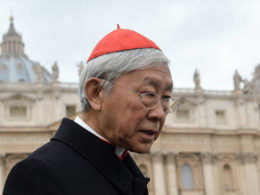 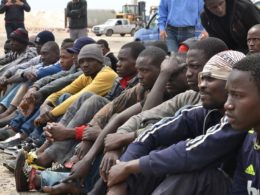 Fatima Perspectives #1214 Take a look at the following photographs, which depict illegal immigrants from Africa, depicted by…
byChris Ferrara

J.M.J. Around May of 1999, we received a phone call from a Fatima Center volunteer in North Carolina…
byJoanna Swords