The Traditional Latin Mass Is More Than Just “Mass in Latin”

It is all too common that Catholics unfamiliar with the Church’s Traditions may think that the Traditional Latin Mass is simply the same as the standard Novus Ordo Mass, albeit said in Latin and with the priest having his “back to the people.”[1] It is, after all, simply called the “Latin Mass” by many traditionalists. Yet even attendance at one Traditional Latin Mass (frequently referred to as the Tridentine Mass[2]) shows this is not the case. 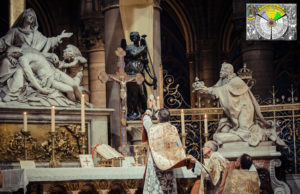 As a result, the movement to restore Tradition is not chiefly about the change in externals. There are Novus Ordo Masses said in Latin, in an ad orientem position, and with beautiful Gregorian chant, all offered in ornate parishes. Even if these are a rare exception to the norm, they are still vastly different from the Tridentine Mass due to the very prayers at the heart of the Mass. To understand why, an examination of the various prayers exorcised from the Tridentine Mass is in order.

The Various Prayers Exorcised from the Tridentine Mass in the 1960s:

The Novus Ordo permits several different Canons, which is a radical innovation. According to The Ottaviani Intervention concerning these other canons: “In the Eucharistic Prayers, moreover, the repeated petitions to God that He accept the Sacrifice have also been suppressed; thus, there is no longer any clear distinction between Divine and human sacrifice.” Father Cassian Folsom, O.S.B also said: “This is a radical change in the Roman liturgy. Why aren’t more people aware of the enormity of this change? Perhaps since the canon used to be said silently, its contents and merits were known to priests, to be sure, but not to most of the laity. Hence when the Eucharistic Prayer began to be said aloud in the vernacular, with four to choose from — and the Roman canon chosen rarely, if ever — the average layman did not realize that 1600 years of tradition had suddenly vanished like a lost civilization, leaving few traces behind, and those of interest only to archaeologists and tourists.” 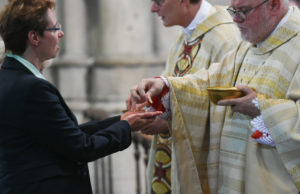 For a detailed section-by-section comparison of the Novus Ordo and the Tridentine Mass, please click here.[4]

Consequently, the fight for the Tridentine Mass is about far more than just the sacred language of Latin. We may refer to the Tridentine Mass as “the Latin Mass,” but when we do so, we are not fighting principally for the use of Latin or for the return of the externals which accompanied the Tridentine Mass. Yes, these externals are important and are worth fighting for, but what we fight for most is for the worthy worship of God, which is attacked by the watered-down prayers, replaced readings, and omitted prayers in the Novus Ordo. Even a Novus Ordo Mass said with external pomp and circumstance lacks these internals. It is, after all, more than just the “Latin” Mass. It is the Mass of the Ages, the Mass of the Saints, and the Most Beautiful Thing This Side of Heaven that we seek to have restored to every altar in the entire world.

[1] Such a claim is also false. The priest is not turned so as to face “away from the people.” Rather, he is facing God Who is present in the Tabernacle and in the Sacred Host and the Chalice after the Consecration. The priest is leading the people in the same direction; and when he is speaking to God, he should face God. There are various times throughout the Mass when the priest directly addresses the people and at those points, he clearly turns to address them.
Father Joseph Santos of the Diocese of Providence, Rhode Island insightfully remarked: “… When a general leads his troops into battle does he face them? When a representative of the people approaches the Ruler on their behalf does he face them? When a priest is going to the Lord on behalf of his people should he face them? When the priest is acting as the intermediary between the people and God he faces the Altar. When he is dispensing the gifts of God, or speaking to the people, he faces the people.”

[2] Various terms are used to refer to this Mass. The Traditional [Latin] Mass is perhaps the most common term. “Latin” here refers to it being of the ‘Latin Rite’ as opposed to a reference to the language being spoken, although the term can certainly serve double duty. Others prefer to use the term “Mass of Ages, Mass of All Time,” or Usus Antiquior (i.e., Ancient Usage), all of which indicate this Rite of the Mass originated in Apostolic times. The term ‘Tridentine’ is a reference to the Council of Trent (1545-1563). At that time, Protestants rejected and attacked the Mass. The truth of what the Holy Sacrifice of the Mass really is, was explained, defended, and infallibly defined by the Church’s Magisterium (especially in Session 22). Pope St. Pius V then promulgated a bull (Quo Primum, 1570) to codify the Missal and guarantee the Rite’s inalterability unto perpetuity. For this reason, the Missal came to be known as the “Tridentine Missal” (some even call if the Pius V Missal).
Following the publication of the New Order of Mass (1969), the term “Tridentine” was used to refer to the “Traditional Latin Mass.” Nevertheless, it would be a grave error for one to think that this term indicates that this Rite of Mass came into existence in 1570, or at the time of the Council of Trent, because it actually has always been – since the time of St. Peter – the Latin Rite of the Holy Sacrifice of the Mass.

[3] For more on this topic, see “Not Just More Scripture, But Different Scripture – Comparing the Old and New Lectionaries” by Dr. Peter Kwasniewski

[4] It would be remiss not to mention that all of Holy Mother Church’s sacred liturgy was changed in the aftermath of Vatican II. Not only the Mass, but all of the Sacraments. For example, the new Rite of Baptism is but an impoverished shell of the Solemn Baptism, with many prayers, sacramentals, exorcisms, and anointings having been cast into oblivion. The Divine Office was eviscerated and reduced. The Liturgical Calendar was completely upended. Even the books of the priest’s prayers and rites and the episcopal ceremonials were drastically changed. These changes are well beyond the scope of this short article, yet it needs be mentioned because so many Catholics are completely unaware of how violently and completely the Church’s sacred liturgy was altered. 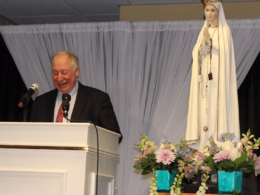 A Man for Our Season: A Tribute to John Vennari

We publish here for the first time a tribute to our late beloved John Vennari, written shortly after…
byThe Fatima Center 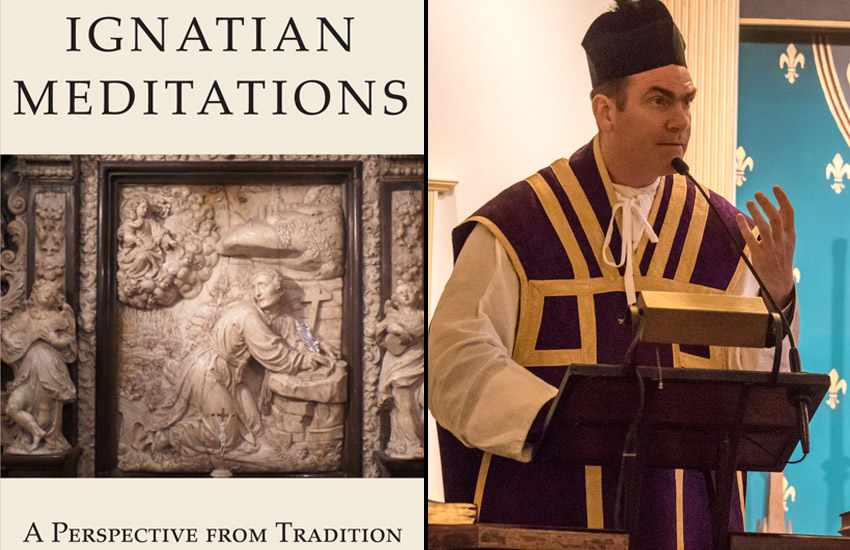 A Paradox of the Spiritual Life

Finding Rest in Exercise:  A Paradox of the Spiritual Life The Spiritual Exercises of Saint Ignatius are a…
byThe Fatima Center
No comments 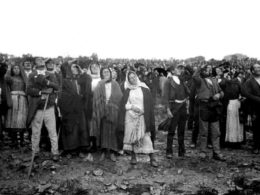 Is it possible that the Miracle of the Sun was a warning to mankind, presaging a future event…
byJames Hanisch
56 shares
56
0
0
No comments