What Does Papal Infallibility Really Mean?

The Doctrine of Infallibility vs. Impeccability

“Infallibility” is one of those doctrines the modern world has a lot of trouble accepting.  Part of the problem is that some have mistaken the word to mean that the Pope, who is a human being, is without error in everything he says and does. This is not what infallibility means.

The First Vatican Council made clear that infallibility relates to the “office” of the Pope, not the man himself. When the Pope speaks “ex cathedra” or from the very seat of Peter, in order to define and defend matters of faith and morals, these teachings are to be believed by all the faithful. He speaks as the successor of Peter who was given this authority by Jesus. The Pope speaks from a basis in Sacred Tradition and Sacred Scripture.

To understand this better, we can look to the family unit as a microcosm of the spiritual world. The need for a “defining word” is experienced on an everyday level here. There are times when a parent must say, “I have made the decision and it is final.” This proclamation is necessary to preserve the unity of the family. Without it, some members of the family would dissent and go astray. The family is split, and the peace of the family is shattered until the head of the household makes a decision to clarify what is true, right and good.

For over 1000 years Christianity was one family, one flock, under the guidance of the Pope, who is the Father and the shepherd of the faithful.  But then the Patriarch of Constantinople rebelled in 1054. Five hundred years later, Martin Luther rebelled. Since that schism begun by Luther, over 25,000 new denominations have split off from the first splits, and more schisms occur every day. All of this dissension and division reflects a denial of authority.

Yet, the one true Catholic Church has continued in an unbroken line from Peter down to the present. This is so, because Jesus promised it when saying, “The gates of hell shall not prevail against it [the Church.]” No other institution in the world has preserved its identity and structure for 2000 years.

The Church, beginning with the Council of Constantinople in 381, proclaimed that there are four marks which indicate her authority: She is “one [united under one God with one baptism in the Body of Christ], holy [as proclaimed by Christ], catholic [meaning universal], and apostolic [guided in a direct line from the Apostles as the first teaching authorities of the Church.]”

Here are some notable Popes and their contributions to the world:

The first 31 popes, with the exception of Pope Zephyrinus, died as martyrs.

St. Cornelius was a pope for two years from 251 to 253. He pronounced that those who had denied Christ in order to avoid persecution, could confess, do penance and come back to the sacraments. When the persecutions began again, Cornelius faced exile. During his time of trial, he wrote that each bishopric should have an exorcist. He died from various hardships endured during his exile.

St. Leo the Great was the pope from 440-461. He clarified the doctrine about the two natures of Jesus – Jesus is both fully human and fully divine. St. Leo described this as a “hypostatic union.”  (Hypostatic means “personal.” This is the union of two natures in one person.) This Pope also helped clarify the pope’s role in speaking in union with St. Peter with the aid of the Holy Spirit. He is best known for convincing Attila the Hun not to invade Italy. He is a Doctor of the Church.

St. Gregory the Great was the pope from 590-604. He came to be known as the “Father of Christian worship” for his dedication to the sacredness of the liturgy. He wrote music and Gregorian chants bear his name. He was especially charitable in caring for the poor.

Pope Leo III named Charlemagne the Holy Roman Emperor on Christmas Day in 800. As a result of this joining together of temporal and spiritual, Europe was transformed. The first schools were started inside monasteries, ancient books were copied and preserved; advances were made in art, architecture and agriculture.

Pope Urban II called for the First Crusade to defend the Holy Lands, and free the Christian in the east from persecutions by the Muslim Turks, in 1095. He also created the Roman Curia to help administer the needs of the worldwide Church.

St. Pius V was the pope from 1566-1572. He called together a Holy League to do battle at Lepanto against the ships of the invading Muslims. He credited the victory of the untrained Christian sailors to the praying of the Rosary. He instituted the feast of Our Lady of Victory which later became known as the feast of Our Lady of the Rosary. St. Pius V guided the work of the Council of Trent.

Pope Urban VIII announced that he would excommunicate any colonists in the New World who tried to capture and enslave the native people.

Blessed Pius IX sat on the Chair of Peter from 1846-1878. He called the First Vatican Council in 1869 and that council outlined the doctrine of papal infallibility. He defined the infallible dogma of the Immaculate Conception.

Pope Leo XIII wrote an encyclical to define Catholic social teaching, Rerum Novarum, defending the rights of the worker. He was a Marian pope, writing extensively on Mary’s role in salvation history and the power of the Rosary.

St. Pius X was the pope from 1903-1914. He spoke out against the rising popularity of the philosophy of “relativism” and called for a return to orthodoxy within the Church. He called for the practice of frequent Communion. He published the first Code of Canon Law.

Pope Pius XII was the pope from 1939-1958. He defined the infallible dogma of the Assumption of Mary. 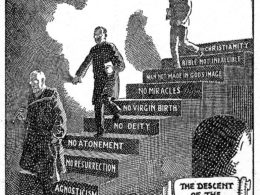 Catholic Apologetics #76 “Jesus Christ, yesterday, and today; and the same for ever” (Hebrews 13:8).   Dogma Does…
byMatthew Plese
No comments

The Vatican Document on “Gender Theory”: Yet More “Dialogue” with the Devil

Fatima Perspectives #1311 I have no intention of studying, or even reading from beginning to end, the new…
byChris Ferrara
32 shares
32
0
0
0 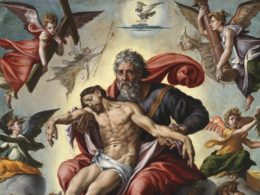 Modern Judaism Is a False Religion