The Role of the Deacon and Subdeacon at the Traditional Mass

The Subdeacon and Deacon in the Liturgy

Subdeacon: With this first step in Major Orders, a man is now permitted to be much closer to the Altar of Sacrifice – physically and liturgically. The subdeacon assists the deacon, brings the sacred vessels to the altar, and ensures the availability of holy water for the holy rites. The subdeacon also chants the Epistle at a Solemn Mass. He assists the deacon in serving the priest at the altar. He wears a humeral veil while bringing the chalice to the altar at the Offertory.

Yet, the subdeacon’s most impressive and memorable liturgical role occurs during the Roman Canon. The Roman Canon is the most important prayer at Mass. It is by this prayer that the bread and wine are transubstantiated into the Body and Blood of Jesus Christ. The Canon begins after the Sanctus (when the bell is customarily rung thrice) and ends just before the Pater Noster (when a single bell ring signals the minor elevation of the chalice).

During part of the Roman Canon, the subdeacon veils his eyes – mystically representing the people of the Old Covenant. For those who have been blessed to attend a Solemn High Mass with three sacred ministers (i.e., a priest, deacon, and subdeacon), you will have noticed that the subdeacon covers and holds up the paten under a humeral veil throughout the sacred Canon of the Mass. But what you may not have noticed is that he removes the paten from blocking his view of the altar at the words “et dimitte nobis” (“and forgive us”) during the Our Father, signifying our own worthiness to look on our forgiving Lord. This small and deeply spiritually significant action is found only in the Tridentine Mass in its solemn form.

Deacon: During the Solemn High Mass, the deacon noticeably chants the Gospel while facing north, symbolically showing through the liturgy that the Church preaches the truth to the pagans. In times past, the north was considered as the land of pagans and barbarians, and the Gospel chanted toward the north symbolized the preaching of the Gospel to these people. Father J.B. O’Connell remarks in The Celebration of Mass:

Hence, we see in practice the three sacred ministers functioning and interacting in an ordered and hierarchical manner – just as in Heaven there is hierarchy and order.[1] We see this most clearly in the Kiss of Peace which starts from the priest and proceeds in hierarchical order to the sacred ministers with simplicity and dignity and not the haphazardness of the “sign of peace” as all too frequently practiced in the Novus Ordo.

“Only a priest may act as a substitute for a deacon but a cleric in minor orders or at least tonsured may, for a reasonable cause, act as a substitute for the subdeacon. He may wear the alb and tunicle, but not the maniple. During the Mass he may do all that a subdeacon does except: (a) wipe the chalice and pour in water at the Offertory, (b) touch the chalice again after having brought it to the altar, until after the ablutions, (c) uncover and cover the chalice during Mass, (d) wipe the chalice after the ablutions, although he may arrange and veil it, and carry it to the credence.”

Tomorrow we will conclude this reflection by considering the advantages of the Solemn High Mass.

[1] All things, aside from sin, come from God – equalities and inequalities, rain and shine (cf. Matthew 5:45), light and darkness.  Should we ascribe to the modern notion that all peoples possess the same rights, duties, privileges, and entitlements, then we place ourselves in opposition to Almighty God and His Holy Church. This is one of the false concepts of human freedom that liberalism advances. See https://acatholiclife.blogspot.com/2013/03/six-components-of-liberal-catholicism.html for more information. 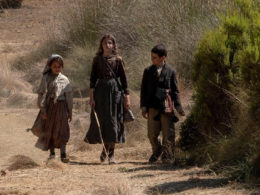 Editor’s Note: This is the second in a series of three critical reviews which The Fatima Center is…
byAndrew Cesanek
No comments

Praying for the Pope’s Intentions: The 6 Intentions of the Holy Father

Catholic Apologetics #9 St. Clement Mary Hofbauer once said: “A Christian who does not pray for the pope…
byMatthew Plese 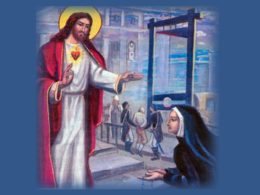 Fatima Perspectives #1346 “Who knows what evil lurks in the hearts of men?  The Shadow knows!”  Thus spake…
byChris Ferrara
No comments