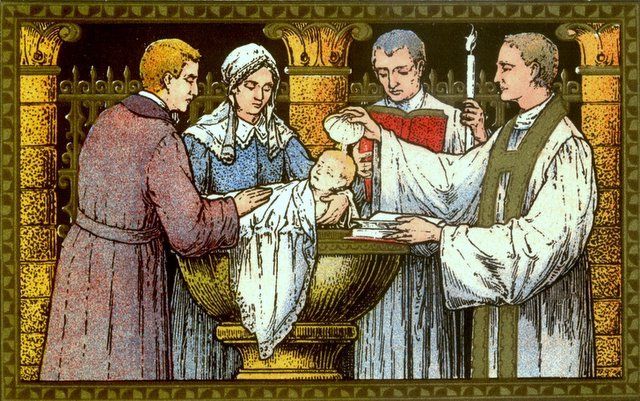 However, besides validity, we also should be concerned with whether or not the Sacraments are licit.[2] Father John Hardon, in his Catholic Dictionary, defines it as such:

“LICIT. That which is permitted by law, whether civil or ecclesiastical. Often distinguished from valid, to express what the law prescribes or allows, as distinct from what is necessary to produce the desired effect. (Etym. Latin licet, it is lawful, it is allowed or permitted.)”

Whether or not an action is licit is based on the legitimately promulgated laws in place – usually Canon Law – which a priest is required to follow.

Did the priest follow the rubrics governing the celebration of the Holy Sacrifice of the Mass? Did he knowingly receive Holy Communion while violating the Eucharistic fast? It should be further clarified by example that while the Church has the authority to change the time of the Eucharistic fast, the necessity of being in the state of grace to receive Our Lord in Holy Communion is a matter of divine law and may not be changed.

Thus, there is a difference in the various laws in force. That is also why some actions that appear to be against Canon Law (e.g., consecrating bishops during a state of emergency) are not necessarily illicit, whereas actions in direct violation of divine law always are.

Dr. Peter Kwasniewski, in a November 2020 article, wrote the following summary on licitness and how it applies to the Sacraments. He wrote in part:

“The term ‘licit’ comes from the Latin verb licére, which means to allow. Licitness or liceity has to do with what is permitted, and, by extension, what is required or forbidden to Christians. In the domain of the sacraments and the liturgy, it primarily concerns the questions: Who is allowed to perform or to receive a given sacrament, and under what circumstances? If a priest or bishop in good standing, following all the conditions set forth in canon law, celebrates a liturgical rite according to the books promulgated by the supreme authority of the Church, saying the black and doing the red (in other words, reading just the texts that are printed, and following the rubrics without deviation), then he celebrates licitly. He has done, in other words, that which he had permission to do; that which he was required to do; and nothing that he is forbidden to do.

Eastern Orthodox and Many Modernists Offer Valid but Illicit Sacraments

More than valid Sacraments is necessary. We should only attend Catholic liturgies and only those which are not illicit. Unfortunately, it is known that modernists will often celebrate the Sacraments without any care for the rubrics; and if we experience this – even if the Sacraments are valid – we should find a different parish that celebrates them with the care the Church requires.

The possibilities for illicit Sacraments are endless (just as the possibility for sinning), but here are some concrete examples meant to give our readers a practical understanding of illicit Sacraments. The priest substitutes a secular poem for the Epistle at Mass. A priest says “Behold the Chicano Body of Christ’ when he holds up the Sacred Host prior to distributing Holy Communion. ‘Liturgical dancers’ enter the sanctuary during Mass. The priest refuses to wear his stole when hearing confession. The priest opts to ‘celebrate’ Mass in civilian clothes or just in his clerical shirt and pants. The priest wants to ‘speed up’ Baptisms so he skips over the Profession of Faith or any other part of the rite. The priest anoints someone (Extreme Unction) who is mildly sick and not in grave danger of death, or he makes a general invitation to all the lay faithful in the Church to come forward to receive this Sacrament.

Concern for liceity is also why Catholics may not assist at the Sacraments for schismatic groups like those of the Orthodox Church. Even though the Eastern Orthodox priests are validly ordained and offer valid Sacraments, their sacraments are illicit and Catholics should not attend their liturgies. We are not in Communion with the Orthodox, who espouse several false views[3] and who do not accept the Supreme Pontiff’s authority.

If a priest violates[4] Holy Mother Church’s norms for a Sacrament, then although the Sacrament may be valid, it is illicit. A Sacrament performed illicitly will most certainly affect the effectiveness of the sacrament’s grace in the life of a soul (the principle ‘ex opere operantis’). This alone is sufficient reason for a Catholic to avoid any and all illicit Sacraments.

However, there is even a more compelling and necessary reason to avoid illicit Sacraments. Because the Sacraments are most holy and require the greatest reverence, an illicit Sacrament is always ‘grave matter’ (in other words, when done with sufficient knowledge and consent, it is mortally sinful). Thus, a priest should never knowingly offer any Sacrament in an illicit manner. Likewise, no Catholic faithful should knowingly participate in illicit sacraments.

We have a responsibility to point out to priests if we believe abuses are occurring in the liturgy that render them illicit or invalid. This must be done with due reverence to the priestly office, and with respect, charity, and humility. However, if you have good reason to believe your words will cause greater harm, then you are not bound by such an obligation.

Nevertheless, we always have a responsibility to protect our own souls and those under our authority. (On account of fraternal charity, that responsibility may even include extended family and friends.) If you find yourself in a parish that regularly offers the Sacraments without care for the rubrics, find a different parish. Since priests who offer the Tridentine Latin Mass will usually be the most devoted to the Church’s immemorial teachings and rubrics, find one near you to regularly attend.

Remember, the Sacraments’ graces will be less effective in your life if they are being offered illicitly. You will have less strength to resist temptations and a severely limited capacity for growing in virtue and sanctity. It will even be difficult to avoid falling into mortal sin. Thus, it is of greatest importance for every soul to do all they can to receive the Sacraments validly and licitly.

Pray for our priests. Pray for the Church.

[1] An imperfect though helpful analogy is to think of receiving a Christmas gift. ‘Ex opere operato’ means a person has received a beautifully wrapped gift from a dear friend. The gift is in one’s possession. However, one could leave that gift unwrapped and unopened in the closet for years. So even though the gift was received, one would not benefit from it. One could unwrap it and then just look at it, without actually using it. One could open it, use it once and then never use it again. Or one could be very appreciative of the much-needed and useful gift and use it every day. How that gift is used is dependent on the dispositions and will of the recipient; it represents the principle ‘ex opere operantis.’

[2] In our previous analogy of the gift, we could say that the illicit Sacrament is the gift which is given illegitimately. Say a gift a person receives is stolen goods. The means by which the gift was acquired violates the moral law. If one knowingly accepts a stolen gift, then one becomes equally guilty of the theft. Naturally, the faithful Catholic would never want anyone to steal a gift to give to him, and he would never accept a stolen gift.

[3] Some of the false views of the Orthodox include their rejection of:

[4] In using the word “violate,” we imply the proper context. That is, the priest knowingly and willfully, and without due cause, goes against the legitimately promulgated rubrics established by Holy Mother Church for a Sacrament. “Due cause” for such a serious matter must be proportionately grave. For example, the physical lives of people are in real danger (a plane is going down and crashing; enemy soldiers are nearby, intent upon killing all Catholics; etc.) or souls’ spiritual good – the life of grace – is being endangered. We must never forget that the supreme law of the Church is the salvation of souls. Therefore, all the Church’s actions ought to be directed for the good of souls; and her legitimate laws will never bring about, as a primary effect, the spiritual harm of souls.