Lies about the Crusades

What Were the Crusades?

The Crusades were a series of military conflicts in the Middle Ages of Christian Europe that were “in response to centuries of Muslim wars of expansion,” as the Encyclopedia Britannica admits. There are generally nine identified Crusades, though the first four are considered the most noteworthy of them:

Why Were the Crusades Initiated?

Pope Urban called for the First Crusade at the Council of Clermont in 1095, specifically for the purpose of a defensive action – one that was long overdue. The Christian empire of Byzantium had been almost annihilated, as it was reduced to little more than Greece. The Byzantine Emperor had asked the Pope for help. Pope Urban said the following:

“They have killed and captured many, and have destroyed the churches and devastated the empire. If you permit them to continue thus for a while with impunity, the faithful of God will be much more widely attacked by them. On this account I, or rather the Lord, beseech you as Christ’s heralds to publish this everywhere and to persuade all people of whatever rank, foot-soldiers and knights, poor and rich, to carry aid promptly to those Christians and to destroy that vile race from the lands of our friends…Moreover, Christ commands it.”

Christians took up arms and answered the Holy Father’s call to defend its Christian heritage.

The goals and actions of the Christians in the Crusades have been widely distorted. Christians did not establish European colonies in the Middle East. What the westerners did conquer was for their Eastern brethren. Any land conquered was to revert to the Byzantine Empire, the original possessor. The conquering of Jerusalem was not the slaughter that it is said to be today; the capture and the blood that was spilled was completely in alignment with the military standards of the day. The Muslim battle standards were the same. The Muslims were either equally or bloodier than the Crusaders because Muslim warfare was combined with jihad once a place was captured. Perhaps the average person is not taught that Mohammed himself fought in battle and commanded many innocents to be slaughtered[1] – quite a contrast to the meekness and peace of Christ!

He did not apologize for the Crusades’ primary mission, which was to safeguard the Holy Land. Pope John Paul said on March 12, 2000: “We cannot fail to recognize the infidelities to the Gospel committed by some of our brethren, especially during the second millennium. Let us ask pardon for the divisions which have occurred among Christians, for the violence some have used in the service of truth and for the distrustful and hostile attitudes taken towards the followers of other religions.”

Pope Eugene III asked St. Bernard in the 1140s to preach the second Crusade, so St. Bernard traveled throughout France and Germany preaching it. After the ultimate failure of the crusade in 1149, some people turned on St. Bernard, who countered by saying that the knights failed because of their sinfulness. Thus, some truth in John Paul II’s words may exist since the infidelities of some led to the loss of the Second Crusade. But just as the evils of some cannot ruin the enter cause, the Crusades in themselves were a form of just war. The Catechism of the Council of Trent, commenting on the five exceptions to “Thou Shalt Not Kill”, states:

“In like manner, the soldier is guiltless who, actuated not by motives of ambition or cruelty, but by a pure desire of serving the interests of his country, takes away the life of an enemy in a just war. Furthermore, there are on record instances of carnage executed by the special command of God. The sons of Levi, who put to death so many thousands in one day, were guilty of no sin; when the slaughter had ceased, they were addressed by Moses in these words: You have consecrated your hands this day to the Lord.”

The Rise of New Religious Orders

The Crusades also brought about new Religious Orders like the Trinitarians, whose mission was to ransom captives enslaved by the Muslims. There was no Muslim equivalent for this work of charity!

The Order of the Holy Trinity was founded in the area of Cerfroid, some 80 km northeast of Paris, at the end of the 12th century. The founder is St. John de Matha. The Trinitarian Order and its Rule of Life were given Church approval by Pope Innocent III with his letter Operante divine dispositionis issued on December 17, 1198. The founding-intention (propositum) for the Order was the ransom of Christians held captive by non-believers during the time of the Crusades. Soon after papal approbation, the Trinitarian ministry to Christian captives was incorporated into the Order’s title: Order of the Holy Trinity and of Captives. In addition to the Order’s purpose of ransoming Christian captives, each local community of Trinitarians served the people of its area. And so their ministries included hospitality, care of the sick and poor, churches, education, etc. Eventually, the Trinitarians also assumed the work of evangelization.

What Exactly Did the Crusades Accomplish?

The Crusades did not regain the Holy Land for Christian pilgrims, but the Crusades helped to halt the Muslim conquest of Western Europe. Islam still sought to take Spain; therefore, the Crusades ensured that the remainder of the world was safe, even if just for a short while, from the conquest of Islam. The Crusades also united the West and enabled them to form an army that would not have otherwise been created.

Furthermore, the Crusades strengthened Europe for the ultimate conflicts centuries later in Lepanto in 1571 and Vienna in 1683.[2] The Catholic victories in both major conflicts led to the Feasts of the Holy Rosary and the Holy Name of Mary respectively being extended to the Universal Church. It would not be until the reign of Ferdinand and Isabella in Spain that Grenada was finally reclaimed in 1492.[3]

Thus, although the Crusades did not achieve all their objectives, they were successful in checking the spread of Islam in Europe and recapturing formerly Christian territories. They were also “seen by many of their participants as a means of redemption and expiation for sins” (Encyclopedia Britannica online).

[1]  See “A Catholic Guide to Islam” at https://fatima.org/news-views/mp-a-catholic-guide-to-islam/ for more on what Muslims believe, including the many inaccuracies in the Quran.

[3]  He should not be confused with St Ferdinand III of Castille who conquered the city of Cordoba from the Moors in 1236. HIs devotion to Our Lady and his practice of prayer and fasting, though, can be a powerful example to all government officials in our day. 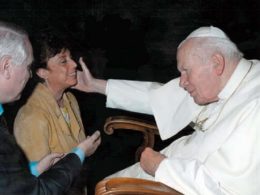 Socci on Bonzi versus Bonino: A Symptom of Ecclesial Heat-Death

(Above: John Paul II and Paola Bonzi, who saved more than 22,000 babies from abortion) Pope Francis and Emma…
byChris Ferrara
No comments 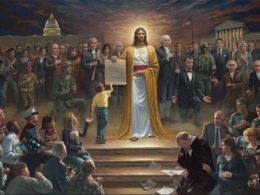 Instead of an Islamic Republic, how about a CHRISTIAN republic?

Since the rise of the Taliban, al-Qaeda and ISIS, and the beginning of the Gulf Wars, American presidents…
byJim Bannister

Evangelization and Doctrine: Two Sides of the Same Coin

Catholic Apologetics #15 “Going therefore, teach ye all nations; baptizing them in the name of the Father, and…
byMatthew Plese 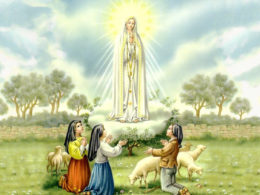