While the Church’s history illustrates a continual and rapid decline in penance and fasting, the Byzantine Catholic Church – among other Eastern Catholic Churches – keeps four primary fasts throughout the year: Great Lent, the Apostles’ Fast, the Nativity Fast, and the Assumption Fast.

Like the Apostles’ Fast and the Nativity Fast, the Assumption Fast can certainly be kept by Roman Catholics as additional penance to fulfill the request of Our Lady of Fatima.

The Dormition Fast for Eastern Catholics

Referred to as either the Dormition Fast – since the Assumption of Our Lady is known as the Dormition by Eastern Catholics – or as the Assumption Fast, this is a two-week-long fasting period lasting from August 1st until Assumption Day. Father R. Janin, writing in 1922 on the Traditional Byzantine fasts, writes that it is “a difficult Lent permitting only olives and vegetables cooked in water; oil is tolerated on Saturdays and Sundays.”[1]

Nowadays, the severity of this fast is not as widely practiced. During greater times of Latinization in the Eastern Rites, the Apostles’ Fast and the Dormition Fast were more or less minimized to such an extent that they were not emphasized and not considered obligatory. About 20 years ago, the Dormition Fast was officially recognized as an important part of the Byzantine Catholic tradition but not as a fast of obligation. It was recommended that Byzantine Catholics voluntarily add Wednesday, and even Mondays, as days of abstinence in addition to Friday abstinence.

Vigil of the Assumption

While this two-week fasting period has never been obligatory for Roman Catholics, the Vigil of the Assumption on August 14th was observed as a fasting day for centuries by the Roman Church. In fact, it remained a fasting day in most places up through the middle of the 20th century. The Catholic Encyclopedia, around the time of St. Pius X in the early 1900s, mentions: “In the United States only four of these vigils are fast days: the vigils of Christmas, Pentecost, the Assumption, and All Saints.”[2]

Despite this recent change, its observance as a fast day is ancient, which the Catholic Encyclopedia affirms: “Pope Nicholas I (d. 867), in his answer to the Bulgarians, speaks of the fast on the eves of Christmas and of the Assumption … The Synod of Seligenstadt in 1022 AD mentions vigils on the eves of Christmas, Epiphany, the feast of the Apostles, the Assumption of Mary, St. Laurence, and All Saints, besides the fast of two weeks before the Nativity of St. John.”

The Assumption Fast is a fasting period which all Catholics – Eastern or Roman – can observe. I encourage Roman Catholics to observe this period by fasting from August 1st through August 14th except for Sundays. Since the Roman Catholic Tradition does not have limitations regarding vegetables and oil – like those kept in a strict, traditional Byzantine fast – I would simply encourage the following:

It is important to note that this is not binding upon pain of sin. For those of us who are healthy and able to undertake this practice, though, we should look at it as a meaningful way to join in an ancient tradition, unite with our Eastern Catholic brethren, and fulfill Heaven’s request for more penance.

May Our Lady, whose Assumption we prepare for, pray for our families, our nations, and the Church’s ministers to receive the graces we stand most in need of!

[2] Called the Pio-Benedictine Code, the 1917 Code of Canon Law was started by St. Pius X in 1904 and completed under his successor, Pope Benedict XV, in 1914. The Code had a number of effects on fasting and abstinence. In one such change, fasting and abstinence were no longer observed should a vigil like the Vigil of the Assumption fall on a Sunday, as stated in the Code: “If a vigil that is a fast day falls on a Sunday the fast is not to be anticipated on Saturday but is dropped altogether that year.” Before 1917, the fast of a Vigil that fell on a Sunday was observed instead on the preceding Saturday.

[3] St. Thomas Aquinas writes on this in the Summa: “Again the Lenten fast is the most solemn of all, both because it is kept in imitation of Christ, and because it disposes us to celebrate devoutly the mysteries of our redemption. For this reason, the eating of flesh meat is forbidden in every fast, while the Lenten fast lays a general prohibition even on eggs and milk foods” (https://www.newadvent.org/summa/3147.htm#article8). 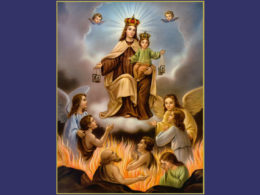 The Fatima Center wishes you a blessed and grace-filled feast of Our Lady of Mount Carmel! “Whosoever dies…
byAndrew Cesanek
6 shares
6
0
0
2 comments

Well, That Was Nice, But Now It’s Back to Business As Usual 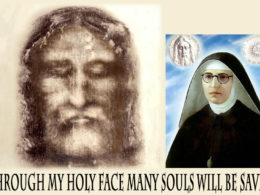 “I give My Face as a sensible object of My sorrow for the sins of man.” Today’s feast…
byThe Fatima Center
4 shares
1
0
3
No comments 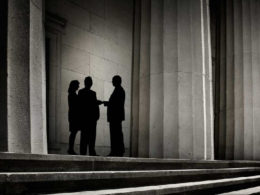 Ten Sins Against the Eighth Commandment

“Thou shalt not bear false witness against thy neighbor” (Ex. 20:16).  The Eighth Commandment is ordered toward the…
byMatthew Plese
No comments