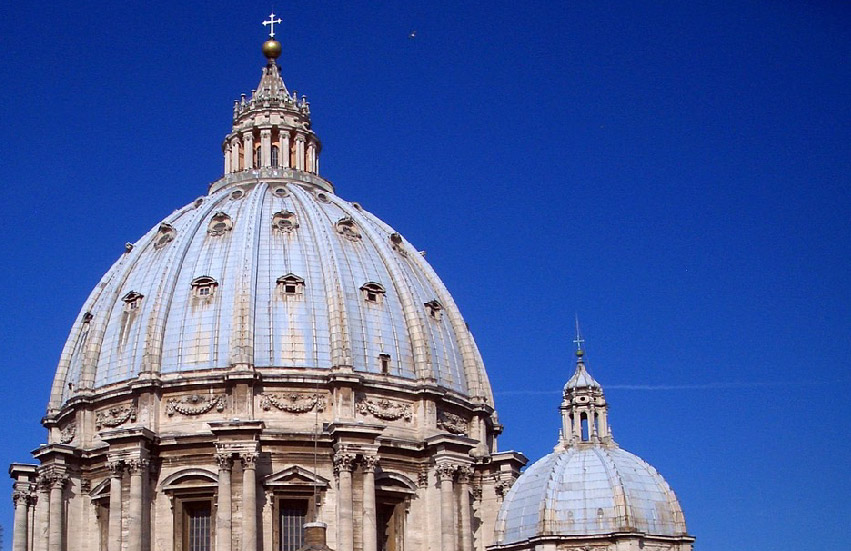 Are Catholics All “Roman Catholics”?

While many people use the term “Roman Catholic” and “Catholic” as synonymous, they are not actually the same. Unbeknownst to many, there are more than 20 different Catholic Rites and several Churches which are all in Communion with and under obedience to Rome. All these Catholics are fully Catholic in the complete sense.

All Catholics must believe the same dogmas of the Faith, have valid Sacraments, and maintain apostolic succession; even though they may differ in some Rites of worship, in popular devotions, and in various disciplinary matters which are governed by human law.[1] This is entirely different from Protestantism, which is foreign to the religion founded by Jesus Christ since Protestants reject many necessary teachings, have placed themselves outside of the authority of the Catholic Church, and also do not have all valid Sacraments.

Rite: “In general, the manner and form of a religious function. Hence the words and actions to be carried out in the performance of a given act, e.g., the rite of baptism, or the rite of consecration, the Roman Rite. The term in its widest ecclesiastical sense refers to the principal historic rituals in the Catholic Church, whose essentials are the same as derived from Jesus Christ. The four parent rites in Catholicism are the Antiochene, Alexandrine, Roman, and Gallican. Some religious orders have their own rites. In all cases, however, the ritual must be approved by the Holy See.”

Church: “an assembly of the faithful, hierarchically ordered, both in the entire world – the Catholic Church, or in a certain territory – a particular Church.”

The Catholic Church: Tying this together, we turn to St. Robert Bellarmine, who in the face of Protestantism, stated: “The one and true Church is the assembly of men, bound together by the profession of the same Christian faith, and by the communion of the same sacraments, under the rule of legitimate pastors, and in particular of the one Vicar of Christ on earth, the Roman Pontiff.” Thus, regardless of the particular Rite or liturgical tradition, someone is truly Catholic who professes the fullness of the Faith, receives the same valid Sacraments, and recognizes the authority of the Catholic Church, and the Pope in particular.

How Many “Eastern” Catholics Are There?

The Roman Rite is the Rite that the majority of Catholics in the West are familiar with. It is also the largest as only approximately 1.5% of Catholics are part of a non-Latin tradition. However, with roughly 18 million members, these traditions are fully Catholic and worth knowing about. It is even possible – though the process is complicated and outside of the scope of this article – to switch to one of these other Eastern Churches. Nevertheless, Roman Catholics may attend the Divine Liturgy (i.e., the name commonly used in the Eastern Rites for the Holy Sacrifice of the Mass) at an Eastern Catholic Church on Sundays, receive the Holy Eucharist, and fulfill the Sunday obligation of assisting at Holy Mass.

There are four main liturgical traditions based on the initial transmission of the Faith. Three of them are known as the Roman, the Antiochian and the Alexandrian Rites. Later on, the Byzantine Rite, which came from the Antiochian, became a distinct rite under the influence of St. Basil and St. John Chrysostom. Aside from the Roman Rite, Catholics in the other Rites are collectively referred to as ‘Eastern Catholics.’ They are not to be confused in the slightest with the ‘Eastern Orthodox.’ In fact, many of these Churches were established to preserve the unique liturgical traditions of people who left the schismatic Orthodox Church and returned to union with Rome.

Chief among the Rites of the Roman Catholic Church is the Roman Rite. The true form of the Roman Rite is the Tridentine Mass as codified by Pope St. Pius V and the Council of Trent, with various editions and slight modifications occurring later (e.g., the addition of new feast days to the liturgical calendar). Scholars have traced parts of this Rite back to St. Peter himself and the practice of Catholics in Rome during the first century.[2] Pope St. Gregory the Great (†604) did much to preserve and widely propagate this Rite as he himself had received it, which is why it is often referred to as the Usus Antiquior (i.e., Rite of Ancient Usage).[3]

However, most Catholics today are only familiar with the New Mass of Paul VI created in 1969. The New Mass (i.e., the Novus Ordo Mass) is not the full expression of the Roman Rite and has numerous inherent shortcomings, a discussion of which is far beyond the scope of this article.

Beyond the Roman Rite, the Ambrosian, Mozarabic, Lyon, and Bragan Rites are also all part of the Western liturgical tradition. So too are the various Rites for religious orders (e.g., the Carmelite Rite, the Dominican Rite, etc.).[4] There are various Uses as well, such as the Anglican Use – which was only recently approved under John Paul II – that are also part of the Roman Catholic Church. A “Use” refers to “the special liturgical customs which prevailed in a particular diocese or group of dioceses,” as stated in the Catholic Encyclopedia. The Anglican Use is one Use in the Roman Rite and is mainly for those Catholics who have converted to the Catholic Faith from Anglicanism.

But there are many Catholics outside of the ‘Roman’ Catholic Church. The following breakdown by tradition shows how widespread and robust these Catholics are. Even the traditions referencing countries (e.g., Ukrainian Catholic Church) are not confided to only those countries. For instance, Chicago is home to a major Ukrainian Catholic community despite being on the opposite side of the globe from Ukraine.

In many respects, most of these Rites changed substantially less than the Roman Rite after Vatican II, and they more closely align with the Catholic Faith as they taught and practiced it beforehand, though exceptions exist.

I. Alexandrian liturgical tradition, originating in Egypt. The Church of Alexandria was one of the original centers of Christianity. Its Liturgy is attributed to St. Mark the Evangelist, who was commissioned by St. Peter to go to Alexandria and establish the Church there.

II. Antiochian liturgical tradition, originating in Antioch and West Syria. The Church of Antioch in Syria was founded by St. Peter, its first bishop. Its Liturgy is attributed to St. James and the Church of Jerusalem.

The Catholic Church (i.e., the Universal Church of Christ on earth) is made up of Catholics of various liturgical traditions. Yet despite these differences, the same Faith, the same Sacraments, and our union with the Vicar of Christ on earth unite us. If you have never attended an Eastern Catholic Divine Liturgy, now is a good time to see if there is one near you.

Together, we all form the one Mystical Body of Christ; and despite our unique differences, we all are equally Catholic in the fullest sense.

[2] According to the sense of the Faith, Catholics intuitively know that the rite of the Holy Sacrifice of the Mass must, in fact, be traced back to the Twelve Apostles and Christ Himself.

[3] A historical error which has gained some popularity is that Pope Gregory the Great “fabricated” or “innovated” the Roman Rite. Nothing could be further from the truth as Catholics have always known and held that the Sacred Liturgy is not something subject to man-made initiatives or innovations.

[4]  There are several Liturgical Rites and Uses of the Latin Rite. There is a Facebook group located at https://www.facebook.com/groups/LiturgicalRites which provides more information.