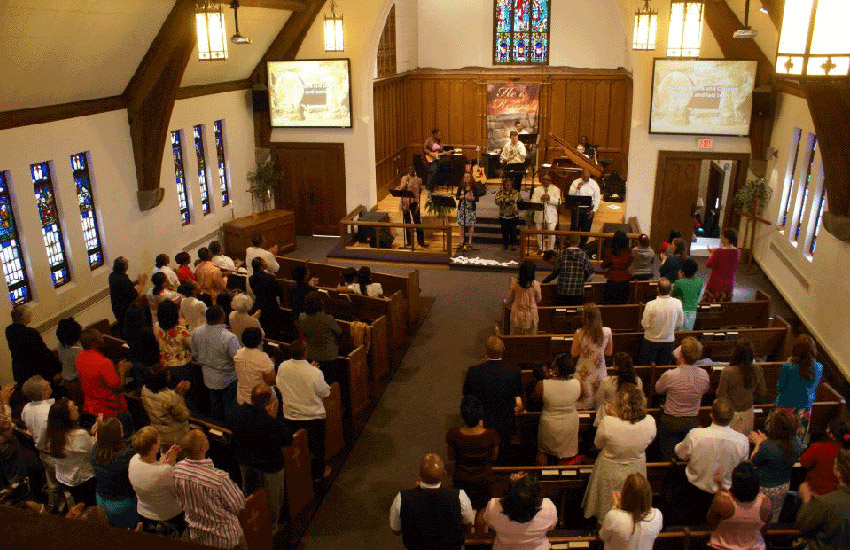 Protestants Are Not Christians

A common error that has entered our speech, especially over the past few decades, is referring to Protestants as Christians. Some would claim that Catholics and Protestants are two branches of Christianity. This error is contrary to the Church’s immemorial teachings.

“Who is to be called a Christian?”

St. Peter Canisius, who was instrumental in fighting Protestantism in Germany, wrote the first catechism in 1555, known as the “Catechism of St. Peter Canisius.” This question on who may be called a Christian is answered as follows: “Whoever has been initiated by the Sacrament of Baptism of Jesus Christ, true God and man, and confesses the salutary doctrine in His Church, and not those who adhere to any sects or beliefs foreign to the Catholic Church.”

Going back to our Baltimore Catechism, we are similarly reminded what heresy is and how that is a belief foreign to the Catholic Church:

“They who do not believe all that God has taught are the heretics and infidels… The denial of only one article of faith will make a person a heretic and guilty of mortal sin, because the Holy Scripture says: ‘Whosoever shall keep the whole law but offend in one point is become guilty of all.’ An article of faith is a revealed truth so important and so certain that no one can deny or doubt it without rejecting the testimony of God. The Church very clearly points out what truths are articles of faith that we may distinguish them from pious beliefs and traditions, so that no one can be guilty of the sin of heresy without knowing it” (Baltimore Catechism, QQ. 1169, 1171-1172).

Protestants, because they believe in heresies directly contrary to Divine Revelation as expressed in both Sacred Scripture and through the Church’s teaching authority, are not members of the Christian Faith. While they may be baptized validly,[1] by their obstinacy to submit to the Catholic Faith and to believe in all that the Church dogmatically teaches (e.g., the theology of the Sacraments, the Holy Mass, original sin and justification, the doctrine of grace, the need for penance, the authority of the Pope and the bishops, etc.), they are outside of the Faith. Simply, consider this listing of 255 dogmas of the Faith which must be believed by all of the baptized.

Pinpointing and Demonstrating the Error

An error which has entered many parishes and Catholic texts is that to be a Christian a person only has to (1) believe in one God Who is a Blessed Trinity and (2) believe that Jesus Christ is God and man. While these are foundational teachings, arguably the two most central tenants of the Catholic Faith, the error lies in establishing these as the only necessary beliefs for Christianity. Such a minimum and ‘lowest common denominator’ has never been taught by the perennial magisterium of Holy Mother Church.

Let us take as just one example, the infallible de fide dogma that Jesus Christ is really and substantially present in the Holy Eucharist. Because of this truth, we Catholics worship and adore the Blessed Sacrament. We render latria (that worship which by the First Commandment may only be directed to God) unto the Sacred Host. We encounter Our Lord and Savior on a day-to-day basis in the Holy Eucharist. We can enter a Catholic Church and bend the knee before the tabernacle, knowing we kneel before the presence of Christ the King.

If the Protestants are correct in denying the Real Presence, then the Sacred Host would just be a piece of bread. This would mean that Catholics commit the most grave sin of idolatry when worshipping the Holy Eucharist. The very source and summit of Catholic life, the Holy Sacrifice of the Mass, would then be the gravest of offenses against God. In that case, the Catholic Faith ought to be wiped off the face of the earth. If God is not really present in the Blessed Sacrament, then it is Catholics who are not Christians (i.e., disciples of Christ).

Thus, if one denies that the Second Person of the Blessed Trinity is truly present in the Eucharist, how can one claim to truly believe in Him? As Father Michael Rodríguez said in a recent sermon, “Know for certain, there is no such thing as belief in Christ apart from the Holy Eucharist.”[2]

This error has wormed its way into Catholic parlance on account of a false spirit of ecumenism which infected the Church Militant in the 20th century – and continues to do so. Pope Pius XI exposed this error in his landmark encyclical on true religious unity (Mortalium Animos, 1928). He explains how many call themselves Christians, but a true Christian must accept the one true Church founded by Christ and the dogmas it infallibly teaches. He further teaches that attempting to foster a [false] unity among those who do not accept all the truths revealed by God through His holy Catholic Church “will be giving countenance to a false Christianity, quite alien to the one Church of Christ” (No. 8) [emphasis added].

Nevertheless, there has been a tendency to refer to Protestants as ‘Christians’ and as “separated brethren” since Vatican II. We know that this latter term is used just to downplay the seriousness of their sins against the First Commandment. On the contrary, we have a responsibility to do all that we can to help bring them to the truth.

But is it still better to be a practicing Protestant than a fallen-away Catholic? St. Peter Julian Eymard reminds us:

“Sometimes people say ‘It is better to be a good Protestant than a bad Catholic.’ That is not true. That would mean at bottom that one could be saved without the true Faith. No, a bad Catholic remains a child of the family – although a prodigal; and however great a sinner he may be, he still has the right to mercy. Through his faith, a bad Catholic is nearer to God than a Protestant is, for he is a member of the household, whereas the Protestant is not. And how hard it is to make him become one!”

There Is No Salvation Outside of the Catholic Church

”The most Holy Roman Church firmly believes, professes and preaches that none of those existing outside the Catholic Church, not only pagans, but also Jews and heretics and schismatics, can have a share in life eternal; but that they will go into the eternal fire which was prepared for the devil and his angels, unless before death they are joined with Her; and that so important is the unity of this ecclesiastical body that only those remaining within this unity can profit by the sacraments of the Church unto salvation, and they alone can receive an eternal recompense for their fasts, their almsgivings, their other works of Christian piety and the duties of a Christian soldier. No one, let his almsgiving be as great as it may, no one, even if he pours out his blood for the Name of Christ, can be saved, unless he remain within the bosom and the unity of the Catholic Church.”

Catholicism and Christianity are one and the same. The notion that Protestants are Christians is a false teaching condemned by the Church and clearly condemned in the words of St. Peter Canisius and Pope Eugene IV. Catholics are Christians, Orthodox are schismatics, and Protestants are heretics. This is simply the truth. We mean no malice by these words but wish to merely point out that these other groups are not members of the Christian Church and must repent and submit to the Lord’s Church and the Deposit of Faith. Let us pray and work for their conversions!

[1] Baptism requires proper matter, form, and intent for validity. For this reason, it is usually recommended that those converting from Protestantism be conditionally baptized just in case their Protestant Baptism was not valid. Learn more about the Sacrament of Baptism at https://fatima.org/news-views/catholic-apologetics-65/