A guest editorial at Rorate Caeli by Bishop Athanasius Schneider makes the point that advocates of the sedevacantist position are either unable or unwilling to grasp: that no matter what they think about the ecclesial standing of an allegedly heretical Pope, no matter how much evidence they believe they can amass as to his “manifest heresy,” their opinion in the matter is of no juridical consequence whatsoever for the Church.  That is because no mechanism exists by which the Church as a whole could be provided with a definitive and binding declaration that a Pope has deposed himself on account of heresy and that another must take his place.

To quote Bishop Schneider: “The issue of how to handle a heretical pope, in concrete terms, has not yet been treated in a manner which approaches anything like a true general consent in the entire Catholic tradition. So far, neither a pope nor an Ecumenical Council has made relevant doctrinal pronouncements nor have they issued binding canonical norms regarding the eventuality of how to handle a heretical pope during the term of his office.”  Consequently, he notes: “There is no historical case of a pope losing the papacy during his term of office due to heresy or alleged heresy.”

I repeat: there is no historical case—not one in 2,000 years—of a Pope having lost his office on account of heresy.

Bishop Schneider notes the closest thing to precedent, which only demonstrates the untenability of the sedevacantist position: the case of Honorius I, who explicitly endorsed the Monothelite heresy and yet was still considered a valid Pope even though “three successive Ecumenical Councils (the Third Council of Constantinople in 681, the Second Council of Nicaea in 787, and the Fourth Council of Constantinople in 870) and pope Saint Leo II in 682 excommunicated Pope Honorius I because of heresy…”. Moreover, those authoritative Church judgments “did not even implicitly declare that Honorius I had lost the papacy ipso facto because of heresy. In fact, the pontificate of Pope Honorius I was considered valid even after he had supported heresy in his letters to Patriarch Sergius in 634, since he reigned after that another four years until 638.”

Even more remarkably, notes the bishop, the “Liber Diurnus Romanorum Pontificum, a miscellaneous collection of formularies used in the papal chancery until the eleventh century, contains the text for the papal oath, according to which every new pope, upon taking office, had to swear that he ‘recognized the sixth Ecumenical Council, which smote with eternal anathema the originators of the heresy (Monotheletism), Sergius, Pyrrhus, etc., together with Honorius. (PL 105, 40-44).”  And yet, the Church has always numbered Honorius in the canon of Popes!

The bishop provides still more devastating historical evidence of which this writer, for one, was completely unaware:

“The persistence of this Breviary reading through many centuries shows that it was not considered scandalous by many generations of Catholics, that a particular pope, and in a very rare case, was found guilty of heresy or of supporting heresy. In those times, the faithful and the hierarchy of the Church could clearly distinguish between the indestructibility of the Catholic Faith divinely guaranteed to the Magisterium of the See of Peter and the infidelity and treason of a concrete pope in the exercise of his teaching office.”

Furthermore, not even in the case of Honorius was there any declaration of anathema while he lived, but rather only posthumously and then only by the authoritative acts of ecumenical councils and Popes.

Finally, as the bishop reminds us, the very notion that a heretical Pope deposes himself — again, there being no way to definitively declare this to the universal Church — is itself only a theological opinion that was “alien to the first millennium [and] originated only in the High Middle Ages, in a time when pope-centrism arrived at a certain high point, when unconsciously the pope was [falsely] identified with the Church as such…. It remains a theological opinion and not a teaching of the Church….”

What, then, is the Church’s remedy for a Pope who, in the rarest of cases, lends the weight of his office to some theological error?  The remedy is to correct him while tolerating his presence until the end of his reign, leaving a judgment of culpability to a future Pope or Council. And correction of Francis is precisely what the bishop offers in his editorial:

The bishop’s editorial is rich with further historical material that exposes the shallowness of sedevancantist arguments, and I recommend a full and attentive reading of the piece. Suffice it to note the bishop’s own conclusion: “The act of deposition of a pope because of heresy or the declaration of the vacancy of the Papal chair because of the loss of the papacy ipso facto on behalf of a heretical pope would be a revolutionary novelty in the life of the Church, and this regarding a highly important issue of the constitution and the life of the Church. One has to follow in such a delicate matter – even if it is of practical and not strictly of doctrinal nature – the surer way (via tutior) of the perennial sense of the Church.”

And the perennial sense of the Church is devoid of any suggestion that the faithful can simply decide for themselves that a Pope has un-Poped himself on account of heresy.  That notion is as useless as it is without foundation in Church history or the teaching of the Magisterium.  The perennial sense of the Church, however, does counsel the correction of a wayward Pope as a matter of divine revelation.  Thus did God inspire Paul to correct Peter when he threatened the Church’s mission at Antioch by feigning a continued observance of Jewish dietary laws:

“For before that some came from James, he did eat with the Gentiles: but when they were come, he withdrew and separated himself, fearing them who were of the circumcision.

“And to his dissimulation the rest of the Jews consented, so that Barnabas also was led by them into that dissimulation.

“But when I saw that they walked not uprightly unto the truth of the gospel, I said to Cephas before them all: If thou, being a Jew, livest after the manner of the Gentiles, and not as the Jews do, how dost thou compel the Gentiles to live as do the Jews? (Gal 2: 12-15)”

A wayward Pope is subject to correction.  He is not subject to the opinion of sedevacantists that he is no longer Pope, on the basis of which opinion today’s sedevacantists, going far beyond the problem with Francis, declare that we have had no Pope since 1958.

Some opinions are so absurd they refute themselves. 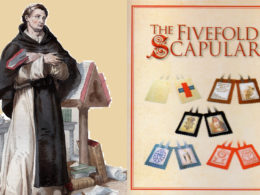 Catholic Apologetics #54 Scapulars were originally part of the garment of monks.[1] It began as something similar to…
byMatthew Plese
47 shares
47
0
0
0
No comments 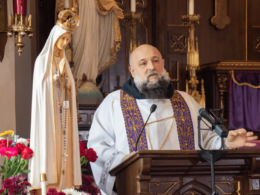 Statement of The Fatima Center Regarding Father Isaac Mary Relyea 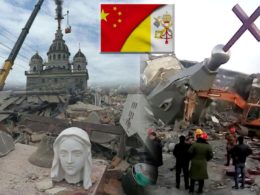 The Catholic Church in China: R.I.P.

Fatima Perspectives #1336 While a commentator as sober as Philip Lawler has rightly expressed his belief, now shared…
byChris Ferrara
No comments 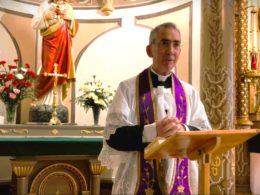 Thank You For Your Prayers

+ J.M.J. + Latest Update Regarding Father Couture’s illness, we have received an update from one his brother priests…
byThe Fatima Center
No comments