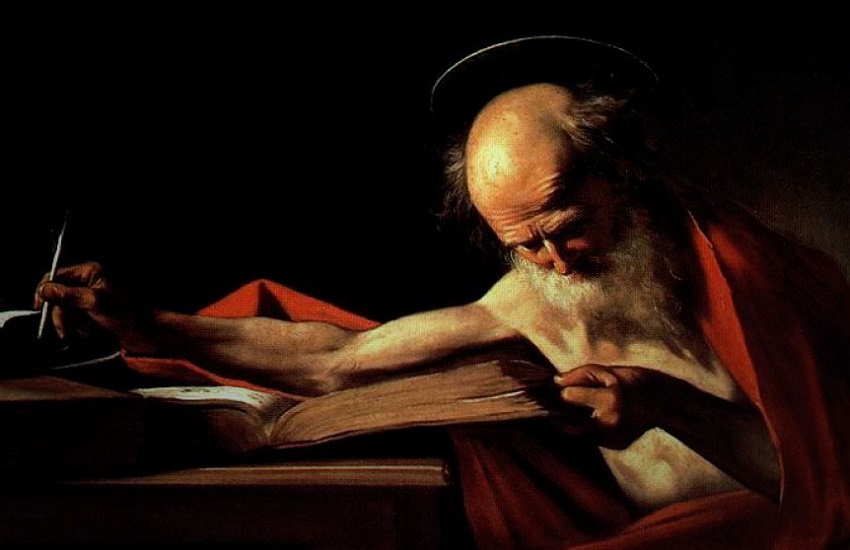 (Read Part 2 – The Correct Translation of the Bible)

An Introduction – How Did We Get the Bible?

The Holy Bible is perhaps the most widely distributed and also the most misunderstood book on earth. Many associate the Bible as being something more important to Protestants than to Catholics. Of course, this could not be further from the truth, as the Catholic Church has been God’s chosen instrument in codifying the Canon of Scripture, that is, what we commonly refer to as “The Bible”. The Holy Sacrifice of the Mass is in many respects ‘a walk through’ the Scriptures, and our most important prayers find themselves rooted in passages and events from Scripture. It is not uncommon to drive by a building that may label itself as a “Bible Church” or “Full Gospel Church” but it is only the Catholic Church that could so be described correctly.

Reading Scripture properly is no easy task, and can be intimidating for many pious Catholics. In the seventy-three books of the Bible we find various types of literature, from sacred history, to wisdom literature, to prophecy, to epistles and of course, the gospels. The phrases and cadence of the language can be difficult to understand if we are not well versed in reading Scripture, and many modern translations offer us a dry and unappealing prose that can at times seem tedious.

In this series of articles on the Holy Bible, it is our hope to provide the reader with a foundation of important scriptural knowledge, as well as the confidence to adopt reading the Bible as part of their spiritual life.

So, let us start with an important first question: Where does the Bible come from?

The Bible is a library of seventy-three books, written by many authors, with the oldest books stemming from the time of Moses, and the most recent books from near the end of the first century. The Old Testament scriptures come to us through the oral tradition of the Hebrews. The Old Testament begins with Creation and the Fall of Adam and Eve, and continues through the most important events which take place in the history of the Israelites. The New Testament shows the major events surrounding our Blessed Lord, as well as the foundational events and theology of the newly established Catholic Church.

Jesus references what we call the Old Testament (and which Jews referred to as the Tanakh) [1] in the Gospel according to Saint Luke. Our Lord says “…that all things must needs be fulfilled, which are written in the Law of Moses, and in the prophets, and in the psalms, concerning me.” (Lk 24:44) The Law of Moses is a reference to the Torah, the first five books of the Bible. The mention of prophets refers to the large section of prophetic literature, and the mention of psalms of course refers to the Psalms. It should be noted, however, that the mention of ‘psalms’ would also have referred to the Old Testament chronicles of the various kings and the wisdom literature, as there is much overlap between the psalms and these other sections.

Given that we have an institutional Church with historical continuity since its founding by Christ, we have reliable written records and letters which can be traced back to the latter part of the first century. This helps us to know the proximity of the New Testament writings to the earthly life of Christ. The Epistle of St. Clement, dated to around A.D. 95, contains sayings from Saint Matthew’s Gospel. It should be noted that St. Clement is the fourth Pope, and he was ordained by St. Peter.[2] The fact that this saintly pope refers to Saint Matthew’s Gospel to support his teaching implicitly shows us that the Church had already acknowledged the authenticity and authority of this Gospel.

By the fourth century, we see a long recognized Canon of Scripture in use by the Church. The oldest written record we have which lists the Canon of Scripture as we know it comes from St. Athanasius’ 39th Easter Letter written in ~367 AD. However, it is clear that the great Alexandrian Patriarch is relaying a long-existing tradition. He recognized he had no authority to judge over such a matter but only possessed magisterial authority to hand-on what he had received (cf. 1 Cor 15:3). For over a thousand years this Canon, formally defined by the Church, was accepted by all those who bore the name Christian. It was not until the Protestant Revolution that some who wished to reject the authority of the Church as Christ’s Mystical Body, also chose to reject the authority of the well-established Canon of Scripture. In response, the great Council of Trent clarified any discrepancies regarding the Canon in order to lay to rest any confusion surrounding this essential issue.

In the next article of this series, we will discuss the process of how the Old and New Testaments have been translated, and specifically, how we have received the English versions we read today. For further study on the Holy Bible, I would recommend the book Treasure and Tradition: The Ultimate Guide to the Latin Mass. This book does a wonderful job of explaining the Sacred Tradition of the Church and the relationship between the Mass and the Bible, while using helpful illustrations.

[1] The word Tanakh is an acronym in Hebrew using the first letter of each of the three major genres, or subdivisions, in the Old Testament: Torah, referring to the Five Books of Moses, Nevl’im referring to the ‘Prophets’ and Ketuvim which means “Writings.”

[2] From ancient traditions we learn that St. Peter’s first three successors were all his close disciples and specifically chosen by him to help oversee the Church in Rome: St. Linus, St. Cletus and St. Clement.