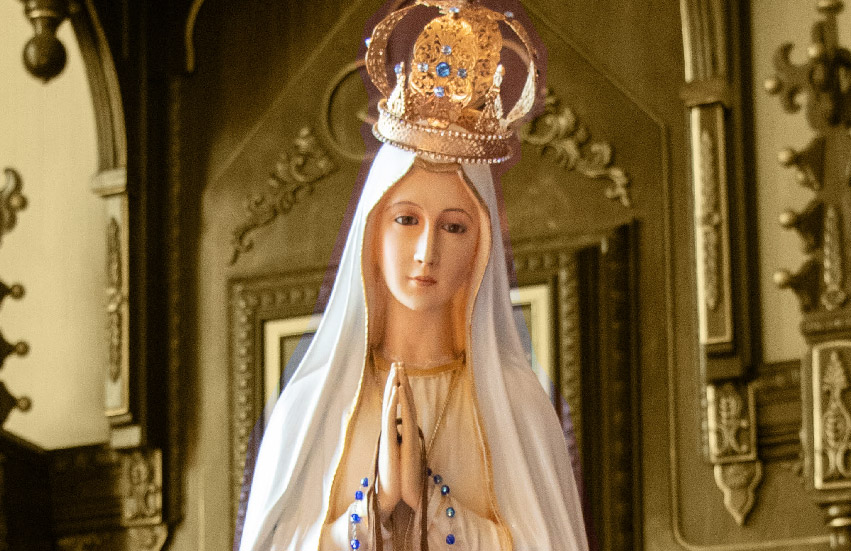 Are We in the Final Eight Years of Fatima?

In 1947, Professor William Thomas Walsh authored a book about Fatima, titled Our Lady of Fatima, at the end of which he recounts in an epilogue an interview he had conducted with Sister Lucia of Fatima the year before.

“What Our Lady wants is that the Pope and all the bishops in the world shall consecrate Russia to Her Immaculate Heart on one special day. If this is done, She will convert Russia and there will be peace. If it is not done, the errors of Russia will spread through every country in the world.”

“Does this mean,” Walsh then asked, “in your opinion, that every country, without exception, will be overcome by Communism?” And Sister Lucia answered: “Yes.”

At Rianjo, Spain in August 1931, Our Lord communicated to Sister Lucia His dissatisfaction with the Popes’ and the Catholic bishops’ failure to obey His command to consecrate Russia. He said:

“Make it known to My ministers, given that they follow the example of the King of France in delaying the execution of My requests, they will follow him into misfortune. It is never too late to have recourse to Jesus and Mary.”

France and the Sacred Heart

The only plausible explanation is that Our Lord was referring to the fate that befell the Kingdom of France since her king did not obey the command to consecrate the Eldest Daughter of the Church to the Sacred Heart of Jesus. On June 17, 1689, Our Lord manifested to Saint Margaret Mary Alacoque His command to the King of France that he was to consecrate France to the Sacred Heart and place an image of His Heart on the nation’s flag. Louis XIV (1643-1715), the so-called great Sun King, did not heed this command; neither did Louis XV (1715-1774). For 100 years the kings of France delayed and did not obey.

So on June 17, 1789 – one hundred years to the day of marked disobedience – King Louis XVI (1774-1792) was stripped of his legislative authority by the upstart Third Estate. Four years later, the freemasonic directors of the French Revolution judged and sentenced the King of France as if he were a criminal. On January 21, 1793, France committed the terrible sin of regicide, sending its king to the guillotine. Louis XVI and his predecessors had failed to obey Our Lord’s request that France be consecrated to the Sacred Heart of Jesus. Thus, terrible misfortune befell the king, his family, his country, and the Church. In fact, to this day, the Church – and the world – HAVE NOT recovered from the evils unleashed upon the world by the diabolical French Revolution. Those evils have great worsened with the advent of the ‘Errors of Russia‘…

Russia and the Immaculate Heart

The specific request for the Consecration of Russia to the Immaculate Heart of Mary was made on June 13, 1929. If Our Lord permits another 100 years of disobedience, then we have eight years left until the window on that timeline shuts. Many people who cherish the Message of Fatima thought that 2017, the hundred year anniversary of the Fatima apparitions, was the ‘final deadline.’ Although this was a meaningful anniversary and reminded many Catholics of the importance of Fatima, it is not directly related to the 100-year timeline of the command for the Consecration.

Our Lady did say Her Immaculate Heart would triumph in the end, but we were also warned of calamities — many of which we have already undergone — and that the pope would have much to suffer.

Well, we now find ourselves in a sort of climax of history. As I write this on the Feast of the Epiphany, it is the day of significant political upheaval in the USA, and also the day after the Vatican released videos of an interreligious initiative with the pope’s approval. We are also 50 years removed since the disaster of the Novus Ordo Mass. It seems as if the world has descended into a form of Global Communism under the auspices of the coronavirus. Needless to say, if we take into account the profundity of the Message of Fatima and the role that Providence plays in history, we definitely find ourselves in a “Fatima moment.”

In his recent interview with Steve Bannon, Archbishop Vigano warns the world of the ills to befall our society if America falls to this communist takeover. He says a number of powerful things, but something that really struck me was when he said that Pope Francis is the spiritual leader of the “universal religion desired by globalist ideology.” I can’t help but think of the short eight years we have left until the Fatima timeline culminates; that is two terms of the presidency, which would end in 2029, the final year of the timeline. Combined with this frightful assertion about the Holy Father, it seems that the prophecy of “nations being annihilated” and “the pope having much to suffer,” are more true than ever.

I do not pretend to be able to predict what will happen in the near future, but I am absolutely certain about the following:

We have offended God to an alarming degree.
We have disobeyed Our Mother for far too long.

The battles “against principalities and powers, against the rulers of the world of this darkness, against the spirits of wickedness in the high places” (Ephesians 6:12) will rage for some time, and the next eight years will not be a time to forget.