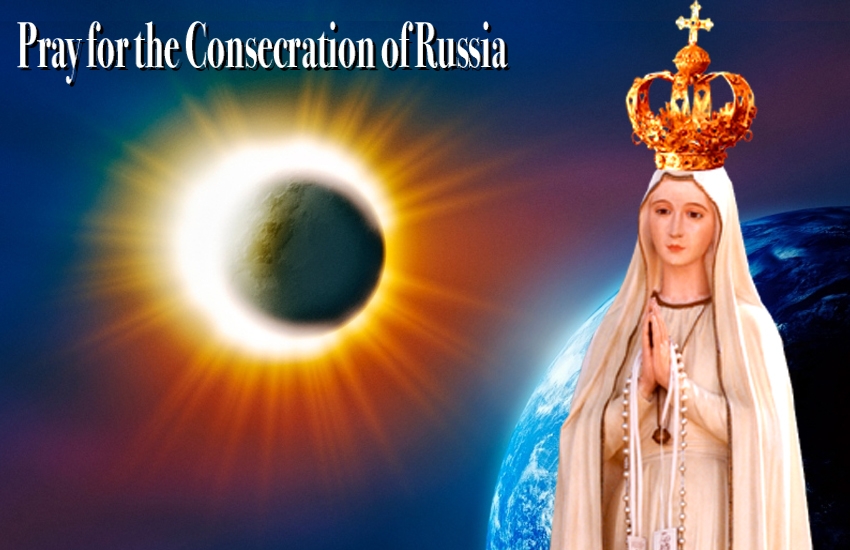 THE 103rd ANNIVERSARY OF THE MIRACLE OF THE SUN

Today we celebrate the 103rd anniversary of the Miracle of the Sun[1] which took place at Fatima, Portugal on October 13, 1917.

As most of our readers know, this is the greatest public miracle not to be recounted in Sacred Scripture. The tremendous significance of this should not be lost upon us. God has given us such a great grace because it is needed to overcome the terrible darkness overcoming our age.

Here are just some of the reasons why it was such a great miracle:

You can probably think of other reasons why this miracle justly deserves to be considered the greatest miracle not recounted by Sacred Scripture. Please send your thoughts to us in the comment section below.

A miracle this great naturally leads man to ask the question “Why?” Why did God grant this particular miracle, and not some other? In God’s great works, even the smallest details point to important realities. So it makes sense for us to ponder these questions: Why did God choose the sun? Why on this particular day? Why at this particular time in history? Why in this location? Why the erratic motion and giving off of unnatural colors? Why did the sun plummet towards the earth? Why at the last moment did the sun return to its normal activity? We would do well to reflect upon these and other related questions, because clearly God is speaking LOUDLY to all of us through this great event. Are we listening?

To honor the anniversary of such a wondrous and grace-filled miracle, let us meditate upon its significance. Let us renew our commitment to heed Our Lady’s call to increased penance and prayer!

This is NOW even more important than ever! Consider all that has happened in the past six months. Much of the world remains on lockdown. Economies are crumbling. Riots, fires, looting, and terrible acts of public violence are ravaging many cities. It’s hard to see people smile with all the masks. People are fearful, remain isolated in their homes, and look for “salvation” in man-made cures. Depression, abuse, and suicide have sky-rocketed. Life is anything but normal.

And far worse, so many churches have been closed. The channels of sanctifying grace are being choked off. Sacrileges abound within our churches under the pretext of new ‘covid precautions.’ Public attacks upon holy images and statues are rampant. Occult practices and blatant satanism are more prevalent. Demonic idols have received honor in St. Peter’s Basilica. And in a few days, a terrible ‘Global Compact on Education’ is being planned at the Vatican which will promote values and practices contrary to Christ’s Gospel under the auspices of the Church’s own institutions.

To one who has faith, it is patently obvious that satan and his diabolical minions have been unleashed with much more power and to a far greater extent. When will we collectively turn to Our Lady?

I urge you, let us spread Her Message of Fatima to those we know. Let us promote the First Saturdays Devotion and the prayer of the Rosary in our families and parishes, as well as the faithful wearing of the Brown Scapular. Let us pray much and offer penances for the Holy Father. Let us make reparation for all those offenses against Our Blessed Mother and let us intensify our devotion to Her Immaculate Heart. Above all, let us never cease imploring God for the grace that the Pope, in union with all the world’s Catholic bishops, will publicly consecrate Russia, specifically by name, to the Immaculate Heart of Mary.

[1] You can read the details surrounding this great miracle in the ninth and tenth chapters (pp. 48-58) of The True Story of Fatima by Fr. John de Marchi, which is linked HERE at our site for your convenience.

David Rodríguez is the current Content Director for The Fatima Center. After graduate school in engineering, he spent several years in a diocesan seminary and as a novice in a Cistercian monastery before earning his Masters in Theology from the University of Dallas. David has spent more than twenty years working in parishes, directing religious formation, hosting call-in shows on Catholic radio, and supporting Catholic non-profits aimed at recovering and restoring the traditions of our Catholic Faith. He is married and has six children.