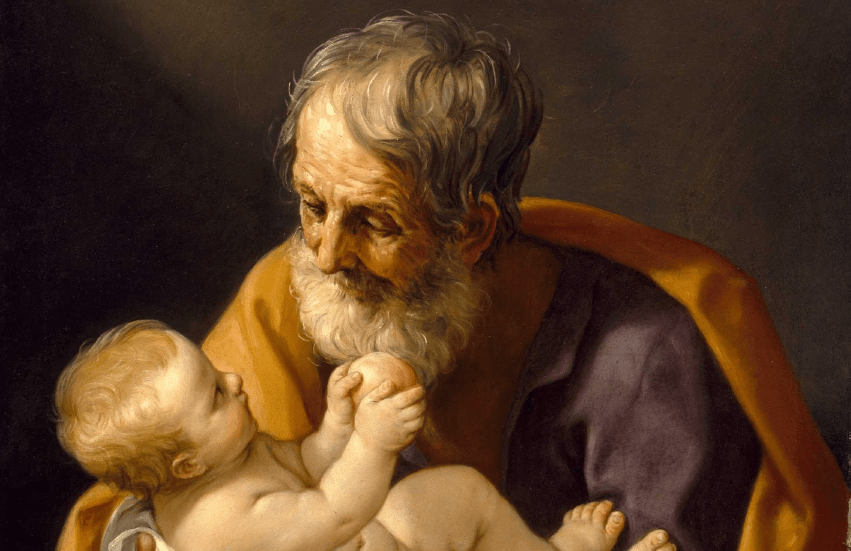 A World Without Fathers Cannot Stand

The last three months have been challenging, to say the least. My family and I have not been able to attend Mass, something common for many people during these tumultuous times. By the grace of God, our functionally socialist government has finally “allowed” churches to open, and as I write this we are soon to head to our first Holy Sacrifice of the Mass on this the day after Corpus Christi.

We attend a chapel where the priests have courageously found a way for us to receive the sacraments, even if the government overreach has been too severe for us to have a proper public Mass gathering. Unfortunately, even after a week’s time of state notification, many dioceses are still not having Mass this weekend! A few of the ones I am aware of are unfortunately abominations of sacrilege and faithlessness, especially as regards the Holy Eucharist.

CHAOS IN CHURCH AND CITY

Over the past 12 weeks, we have seen aspects of our Church and society devolve. You would think that after what seems like a ‘Divine Interdict,’ our shepherds would approach the Holy Eucharist with more reverence, and perform Mass with the pomp and circumstance worthy of the King of Kings[1]. However, as I noted in my previous article, many places seem to be accelerating the maltreatment of Our Lord in the Blessed Sacrament.

On the other hand, many Catholics were thankfully exposed to the Traditional Mass via online streaming. A quick survey of social media shows that many are now motivated to attend a more reverent liturgy as a result.

As if it wasn’t enough to go without Mass or witness a continual auto-destruction of the Sacred Liturgy, we have now seen the advent of rioting and veritable anarchy in major US cities, as well as other urban centers around the world. Motivations behind the anger of the participants notwithstanding, what started as a reaction to a tragic event has become a global reaction against all authority and structure in the civilized world. Just this past week, a group of derelicts has taken by force a portion of the City of Seattle and declared it an “autonomous zone,” apparently presenting themselves as a parody of the French Revolution.

The fact that a reaction to an isolated event in Minnesota has spread like an enkindled wildfire in the Australian Outback tells us that there is clearly more to the situation than meets the eye[2]. Putting aside the political and ideological implications, it is my opinion that there is a grave underlying cause at work: a crisis in fatherhood.

CRISIS OF FATHERHOOD IN THE PARISH

On the surface there is no similarity between a feeble manifestation of the institutional workings of the Church, and a series of violent manifestations the world over. But a deeper look shows that in both contexts it is the role of Father that has been lost.

When I think of the “rock and a hard place” many parish priests are in when a bishop imposes absurd corona-regulations, I sympathize. However, this isolated moment of history does not exist in a vacuum. For decades clerics have done obeisance to heretical and sacrilegious practices instantiated in their diocese. Surely, this is a hard moment for priests, as parishioners have been fraudulently frightened into sequestering themselves at home to avoid an inevitable plague.

Nonetheless, it is the fact that so many priests have given into the whims of the secular culture and impious bishops that gives the priest no leg to stand on today. How is a priest supposed to insist on Communion-on-the-tongue if he has not sufficiently preached the reality of the Real Presence or insisted upon reverent liturgy? How is he supposed to assure his parishioners that the government was wrong about a public health issue, when he has propped up anti-life politicians and celebrities as models of virtue? In a word: he can’t! His spiritual children have been dealing with a morally absent, albeit physical present, spiritual Father for decades. As a result they are now prey to the wolves of the luciferian legions of the culture.

CRISIS OF FATHERHOOD IN THE HOME

Similarly, we see tens of thousands of young disenfranchised youths destroying the very cities they live in, supposedly as a protest against the fear that their overlords will sit back and watch the annihilation of a subset of the population. If you watch the videos, it is clear that these rioters come from all walks of life; some educated, some not. But the one thing that the rioters share in common is that they hate their country, and they are willing to watch it burn for their philosophy, or rather lack thereof.

But how could this be? How is it that many educated and even well-to-do young people are able to so drastically rip apart the patrimony given to them by their courageous, albeit imperfect, forefathers? It is because they had no strong fathers in their own homes.

This generation has been raised in a world where dads are told to deny their rightful authority in the home, lest they come off as too “domineering.” A society wherein true masculine behavior is even labeled by psychologists as “toxic.” These poor children really have no fathers, even when he happens to be physically present. Rather than disciplining their children, the fathers in this culture leave it up to the schools, or perhaps the coach, to form their children. When their children come home espousing an ideology they have learned at the university that goes against all inherited wisdom from generations past, fathers do not object but instead yield to their family’s call to “get with the times.”

As I watched a video of young people destroying a monument in London, England, I was struck by the erratic vigor that possessed the hordes of young people who began to stomp on the crumbling relic of civilization past. There was a young man who caught my eye, as he was the first to pounce, jumping up and down like a misbehaved toddler, his sandy-blonde ponytail flapping in the air. I was reminded of how my own toddlers act when they are out of line, displaying a typical tantrum. In the case of my children, they are of course properly dealt with and taught how to behave. However, it was clear to me that this young man, along with the others, were never taught such lessons.

Think, large groups of young people are throwing a collective tantrum against what they view as a “patriarchal” (fatherly) structure that supposedly stifles their human liberty. Once again, motivations for the cause notwithstanding, we are witnessing a global tantrum of destructive and misbehaved 20-year-old toddlers.

With young children, at least a father can deal with the issue in a way that is not harmful to the child and his development, but that is not the case with the vandals. Some are killing and injuring police officers, and others are hurting themselves through the stupidity of their actions. Furthermore, they are risking criminal charges and therefore a life of stigma. There is no harmless way to deal with this behavior in infantile adults, and therefore military forces have been employed.

As you can imagine, no appeal from a politician will appease these victims of fatherless upbringings, as they have been conditioned to reject and even hate all authority.

A SUPERNATURAL SOLUTION IS NEEDED

I do not have an immediate solution, but I do know that men need to build virtue and become heroes modeled after the form of Saint Joseph; something I argue for in my book. Therefore, there is no better Father to run to than our Father in Faith, Saint Joseph.

Let us pray for the troubled youth of the world, so angry and lost, that they are prompted by grace to embrace the Foster Father of Our Lord. Also, let us pray for the conversion of all the fathers who have failed to form their children. Humanly speaking the situation is impossible, but nothing is impossible with God.

Saint Joseph, Pray for Us!

[1] An interdict is a forced suspension of Sacraments and liturgy by a bishop or relevant authority in a diocese. Historically, it has been used to call a group of people to repent and to make reparation for a justified supernatural reason. In other words, an interdict is used to end a grievous sin and to prevent further sin and scandal. In our recent circumstance, no such supernatural reason exists. Or is there? Some have argued that God Himself finally ‘pulled the plug’ on most Masses due to the continual sacrileges, outrages and indifferences which so offend Our Lord.

[2] It is a basic principle of logic that a cause and effect are in due proportion. Thus when an effect is far greater than the apparent cause, one knows there must be other causes at work. We rightly consider it unreasonable – and contrary to proper human behavior – when a person’s reaction (effect) is not in due measure with the action which prompted it (cause).