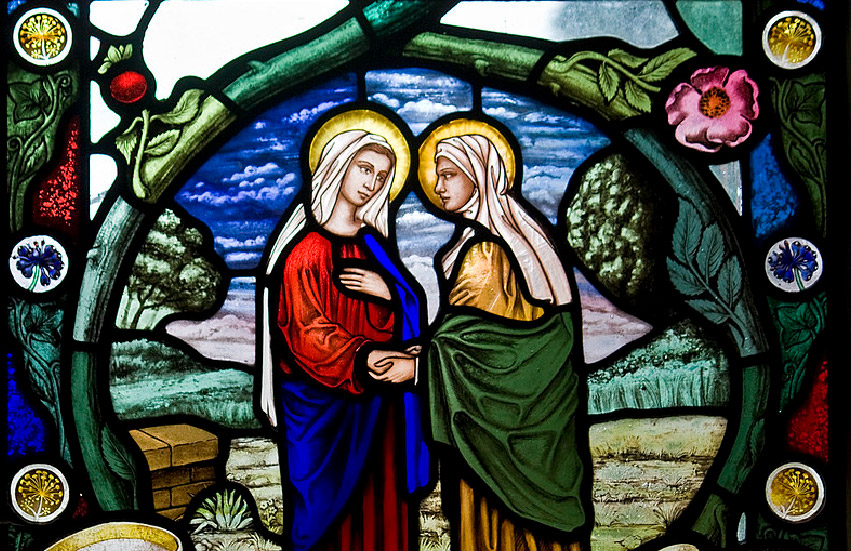 The Visitation of the Blessed Virgin

THE angel Gabriel, in the mystery of the Annunciation, informed the Mother of God that her cousin Elizabeth had miraculously conceived, and was then pregnant with a son who was to be the precursor of the Messias. The Blessed Virgin out of humility concealed the wonderful dignity to which she was raised by the incarnation of the Son of God in her womb, but, in the transport of her holy joy and gratitude, determined she would go to congratulate the mother of the Baptist. “Mary therefore arose,” saith St. Luke, “and with haste went into the hilly country into a city of Judea, and entering into the house of Zachary, saluted Elizabeth.” What a blessing did the presence of the God-man bring to this house, the first which He honored in His humanity with His visit! But Mary is the instrument and means by which He imparts to it His divine benediction, to show us that she is a channel through which He delights to communicate to us His graces, and to en, courage us to ask them of Him through her intercession. At the voice of the Mother of God, but by the power and grace of her divine Son in her womb, Elizabeth was filled with the Holy Ghost, and the Infant in her womb conceived so great a joy as to leap and exult. At the same time Elizabeth was filled with the Holy Ghost, and by His infused light she understood the great mystery of the Incarnation which God had wrought in Mary, whom humility prevented from disclosing it even to a Saint, and an intimate friend. In raptures of astonishment Elizabeth pronounced her blessed above all other women, and cried out, “Whence is this to me that the mother of my Lord should come to me?” Mary, hearing her own praise, sunk the lower in the abyss of her nothingness, and in the transport of her humility, and melting in an ecstasy of love and gratitude, burst into that admirable canticle, the Magnificat. Mary stayed with her cousin almost three months, after which she returned to Nazareth.

Reflection. —Whilst with the Church we praise God for the mercies and wonders which He wrought in this mystery, we ought to apply ourselves to the imitation of the virtues of which Mary sets us a perfect example. From her we ought particularly to learn the lessons by which we shall sanctify our visits and conversation, actions which are to so many Christians the sources of innumerable dangers and sins.