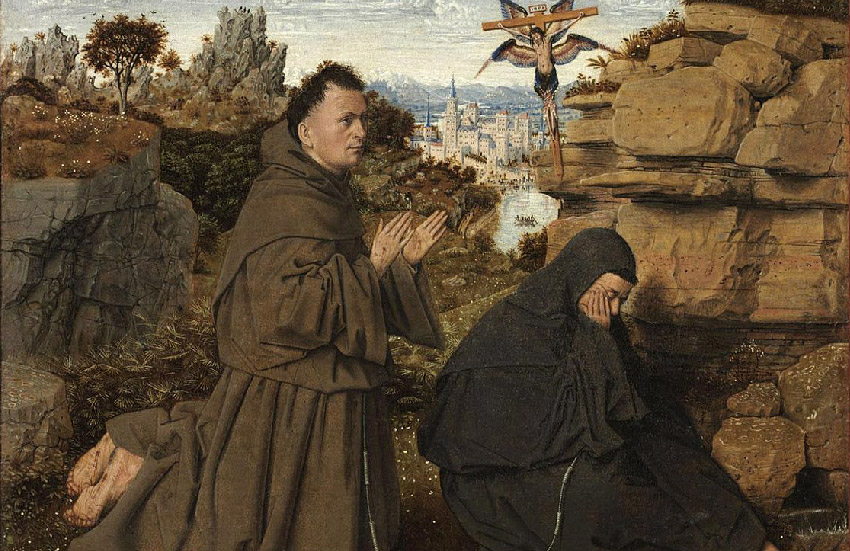 The Impressions of the Stigmata of St. Francis of Assisi

While St. Francis of Assisi, in September, 1224, was rapt in meditation on Mount Alvernia, Almighty God as a mark of His special favor deigned to impress on his hands, feet, and side the likeness, of the sacred wounds of Christ. Until the day of the saint’s death blood flowed from these wounds at intervals. Pope Sixtus V ordered this feast to be observed by the whole Church. Clement VIII suppressed it, because the Church only dedicates special solemnities to the mysteries of our redemption; particular favors granted to the saints are by God directly concern their individual sanctification, and are commemorated when the life of each saint is read in Breviary on the day of his feast. The feast was restored, however, by Paul V, and raised to rank of a double by ordinary rules of the Liturgy, extended in honor of St. Francis imprint upon new apostle, the herald of the Great King, this stigmata as His final seal, changing him to His own image and likeness and uniting him to himself on the rood of the Cross.