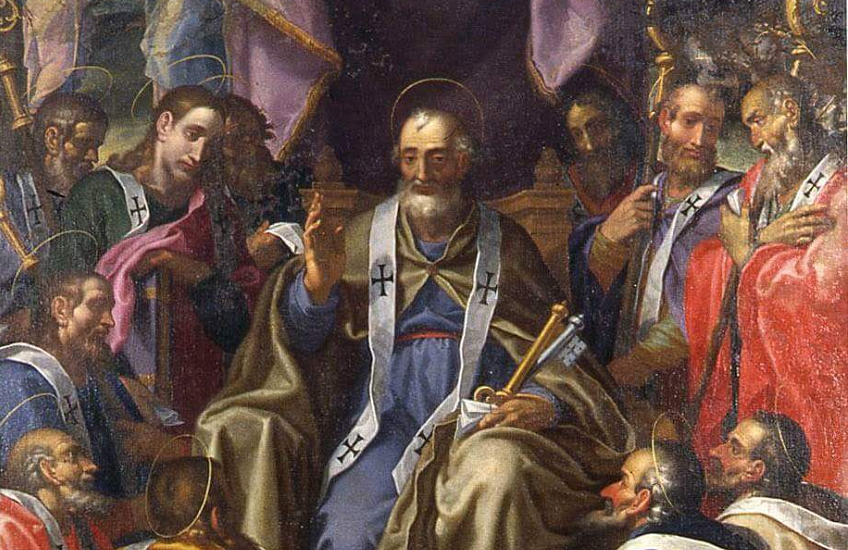 The Feast of the Chair of St. Peter’s at Antioch

THAT St. Peter, before he went to Rome, founded the see of Antioch is attested by many Saints. It was just that the Prince of the Apostles should take this city under his particular care and inspection, which was then the capital of the East, and in which the faith took so early and so deep root as to give birth in it to the name of Christians. St. Chrysostom says that St. Peter made’ there a long stay; St. Gregory the Great, that he was seven years Bishop of Antioch; not that he resided there all that time, but only that he had a particular care over that Church. If he sat twenty-five years at Rome, the date of his establishing his chair at Antioch must be within three years after Our Saviour’s Ascension; for in that supposition he must have gone to Rome in the second year of Claudius. In the first ages it was customary, especially in the East, for every Christian to keep the anniversary of his Baptism, on which he renewed his baptismal vows and gave thanks to God for his heavenly adoption: this they called their spiritual birthday. The bishops in like manner kept the anniversary of their own consecration, as appears from four sermons of St. Leo on the anniversary of his accession or assumption to the pontifical dignity; and this was frequently continued after their decease by the people, out of respect for their memory. St. Leo says we ought to celebrate the chair of St. Peter with no less joy than the day of his martyrdom; for as in this he was exalted to a throne of glory in heaven, so by the former he was installed head of the Church on earth.

Reflection. —On this festival we are especially bound to adore and thank the Divine Goodness for the establishment and propagation of His Church, and earnestly to pray that in His mercy He preserve the same, and dilate its pale, that His name may be glorified by all nations, and by all hearts, to the boundaries of the earth, for His divine honor and the salvation of souls, framed to His divine image, and the price of His adorable blood. you!
Lives Of The Saints By Alban Butler, Benziger Bros. Edition www.globalgrey.co.uk