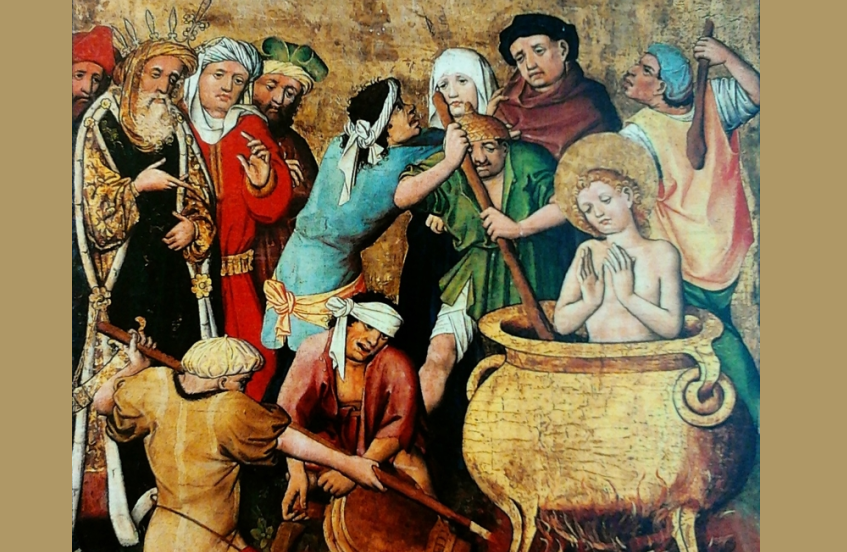 VITUS was a child nobly born, who had the happiness to instructed in the Faith, and inspired with the most perfect sentiments of his religion, by his Christian nurse, named Crescentia, and her faithful husband, Modestus. His father, Hylas, was extremely incensed when he discovered the child’s invincible aversion to idolatry; and finding him not to be overcome by stripes and such like chastisements, he delivered him up to Valerian, the governor, who in vain tried all his arts to work him into compliance with his father’s will and the emperor’s edicts. He escaped out of their hands, and, together with Crescentia and Modestus, fled into Italy. They there met with the crown of martyrdom in Lucania, in the persecution of Diocletian. The heroic spirit of martyrdom which we admire in St. Vitus was owing to the early impressions of piety which he received from the lessons and example of a virtuous nurse. Of such infinite importance is the choice of virtuous preceptors, nurses, and servants about children.

Reflection. —What happiness for an infant to be formed naturally to all virtue, and for the spirit of simplicity, meekness, goodness, and
180 Lives Of The Saints By Alban Butler, Benziger Bros. Edition www.globalgrey.co.uk
piety to be moulded in its tender frame! Such a foundation being well laid, further graces are abundantly communicated, and a soul improves daily these seeds, and rises to the height of Christian virtue often without experiencing severe conflicts of the passions.