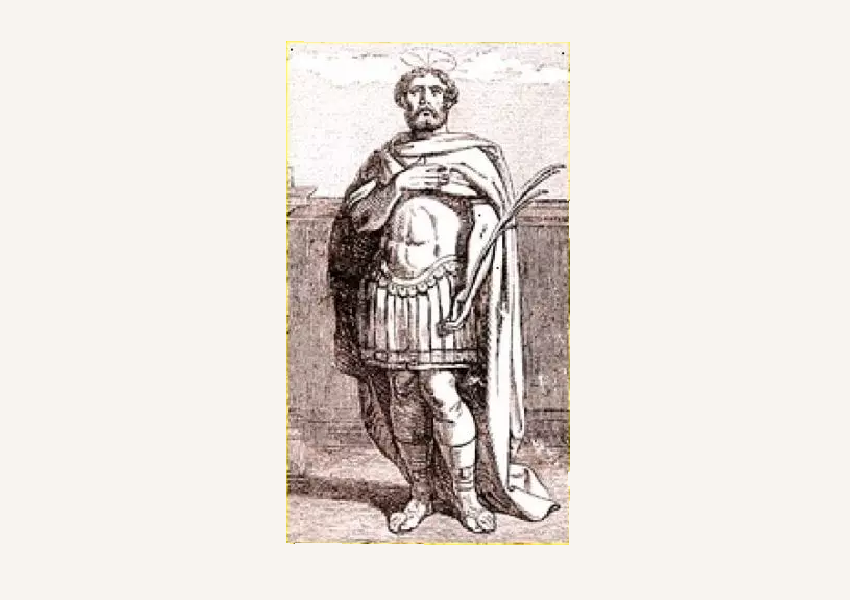 Sts. Victorian and others – Martyrs

HUNERIC, the Arian king of the Vandals in Africa, succeeded his father Genseric in 477. He behaved himself at first with moderation towards the Catholics, but in 480 he began a grievous persecution of the clergy and holy virgins, which in 484 became general, and vast numbers of Catholics were put to death. Victorian, one of the principal lords of the kingdom, had been made governor of Carthage, with the Roman title of Proconsul. He was the wealthiest subject of the king, who placed great confidence in him, and he had ever behaved with an inviolable fidelity. The king, after he had published his cruel edicts, sent a message to the proconsul, promising, if he would conform to his religion, to heap on him the greatest wealth and the highest honors which it was in the power of a prince to bestow. The proconsul, who amidst the glittering pomps of the world perfectly understood its emptiness, made this generous answer: “Tell the king that I trust in Christ. His Majesty may condemn me to any torments, but I shall never consent to renounce the Catholic Church, in which I have been baptized. Even if there were no life after this, I would never be ungrateful and perfidious to God, Who has granted me the happiness of knowing Him, and bestowed on me His most precious graces.” The tyrant became furious at this answer, nor can the tortures be imagined which he caused the Saint to endure. Victorian suffered them with joy, and amidst them finished his glorious martyrdom. The Roman Martyrology joins with him on this day four others who were crowned in the same persecution. Two brothers, who were apprehended for the faith, had promised each other, if possible, to die together; and they begged of God, as a favor, that they might both suffer the same torments. The persecutors hung them in the air with great weights at their feet. One of them, under the excess of pain, begged to be taken down for a little ease. His brother, fearing that this might move him to deny his faith, cried out from the rack, “God forbid, dear brother, that you should ask such a thing. Is this what we promised to Jesus Christ?” The other was so wonderfully encouraged that he cried out, “No, no; I ask not to be released; increase my tortures, exert all your cruelties till they are exhausted upon me.” They were then burned with red-hot plates of iron, and tormented so long that the executioners at last left them, saying, “Everybody follows their example! no one now embraces our religion.” This they said chiefly because, notwithstanding these brothers had been so long and so grievously tormented, there were no scars or bruises to be seen upon them. Two merchants of Carthage, who both bore the name of Frumentius, suffered martyrdom about the sane time. Among many glorious confessors at that time, one Liberatus, an eminent physician, was sent into banishment with his wife. He only grieved to see his infant children torn from him. His wife checked his tears by these words: “Think no more of them: Jesus Christ Himself will have care of them and protect their souls.” Whilst in prison she was told that her husband had conformed. Accordingly, when she met him at the bar before judge, she upbraided him in open court for having basely abandoned God; but discovered by his answer that a cheat had been put upon her to deceive her into her ruin. Twelve young children, when dragged away by the persecutors, held their companions by the knees till they were torn away by violence. They were most cruelly beaten and scourged every day for a long time; yet by God’s grace every one of them persevered in the faith to the end of the persecution.