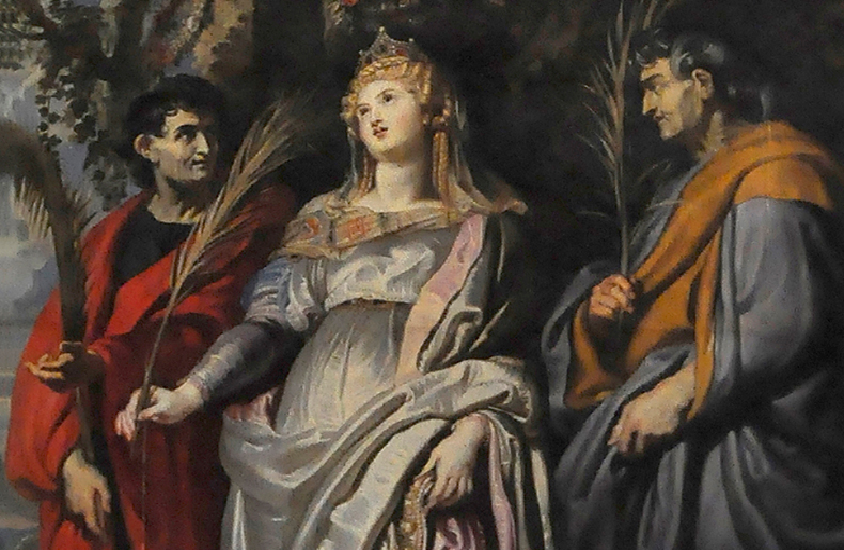 Sts. Nereus and Achilleus were servants of St. Flavia Domitilla. She was the wife of the consul Flavius Clemens, cousin of the Emperor Domitian. She died in exile on the island of Pandataria. Her granddaughter likewise Domitilla, also died in exile on the island of Pontia. The virgin whose feast is celebrated today is the second Domitilla.
The fourteen-year old Pancras suffered martyrdom probably in the reign of Diocletian, and was buried by the matron Ottavilla in a property belonging to her on the Via Aurelia, where the basilica dedicated to him still stands. There the station is celebrated on Low Sunday, when the neophytes, newly born in the Spirit, used the put off their white baptismal garments. In the Middle Ages it was the custom that the most solemn oaths should be takin at the tomb of the martyr Pancras, as though the simple innocence of a childhood consecrated by the blood of martyrdom would ensure a safer guarantee of their genuineness. The Romans venerated him with great fervor.