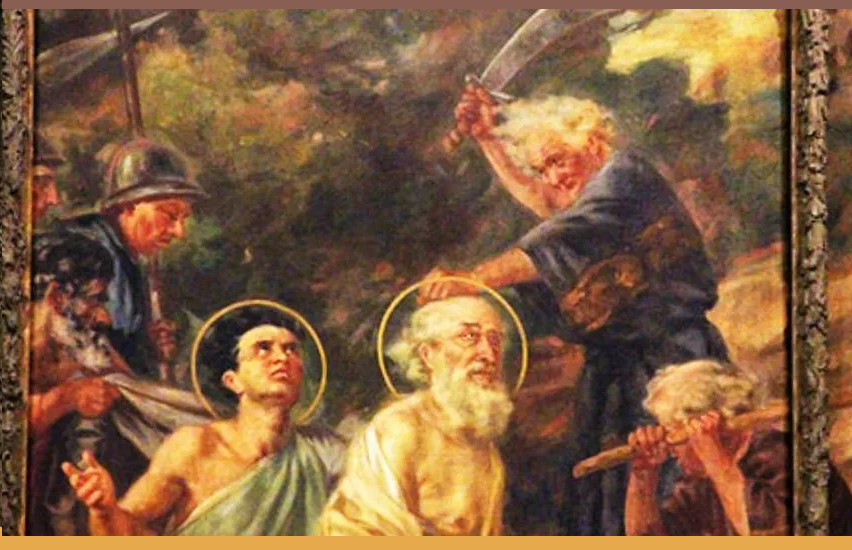 ST. CLETUS was the third Bishop of Rome, and succeeded St. Linus, which circumstance alone shows his eminent virtue among the first disciples of St. Peter in the West. He sat twelve years, from 76 to 89. The canon of the Roman Mass, Bede, and other martyrologists, style him a martyr. He was buried near St. Linus, in the Vatican, and his relics still remain in that church.
St. Marcellinus succeeded St. Coins in the bishopric of Rome in 296, about the time that Diocletian set himself up for a deity, and impiously claimed divine honors. In those stormy times of persecution Marcellinus acquired great glory. He sat in St. Peter’s chair eight years, three months, and twenty-five days, dying in 304, a year after the cruel persecution broke out, in which he gained much honor. He has been styled a martyr, though his blood was not shed in the cause of religion.

Reflection. —It is a fundamental maxim of the Christian morality, and a truth which Christ has established in the clearest terms and in innumerable passages of the Gospel, that the cross or sufferings and mortification are the road to eternal bliss. They, therefore, who lead not here a crucified and mortified life are unworthy ever to possess the unspeakable joys of His kingdom. Our Lord Himself, our model and our he-ad, walked in this path, and His great Apostle puts us in mind that He entered into bliss only by His blood and by the cross.