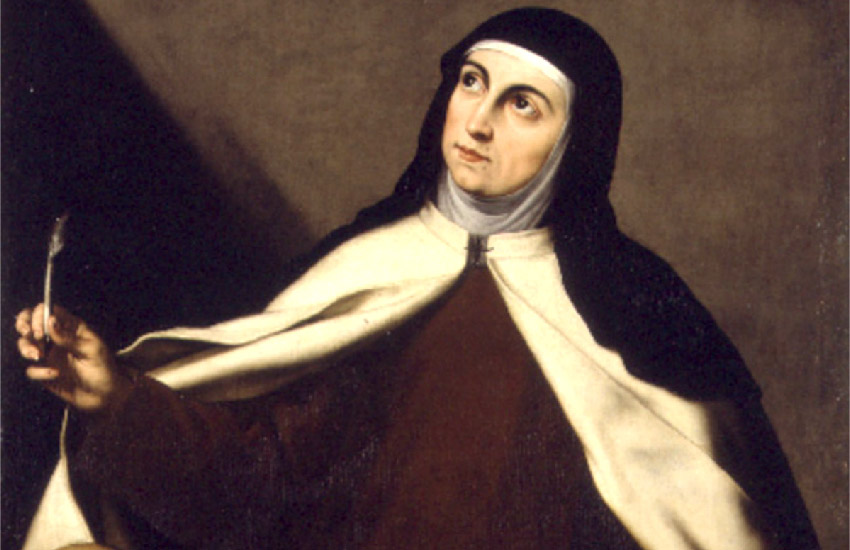 WHEN a child of seven years, Teresa ran away from her home at Avila in Spain, in the hope of being martyred by the Moors. Being brought back and asked the reason of her flight, she replied, “I want to see God, and I must die before I can see Him.” She then began with her brother to build a hermitage in the garden, and was often heard repeating “Forever, forever” Some years later she became a Carmelite nun. Frivolous conversations checked her progress towards perfection, but at last, in her thirty-first year, she gave herself wholly to God. A vision showed her the very place in hell to which her own light faults would have led her, and she lived ever after in the deepest distrust of self. She was called to reform her Order, favored with distinct commands from Our Lord, and her heart was pierced with divine love; but she dreaded nothing so much as delusion, and to the last acted only under obedience to her confessors, which both made her strong and kept her safe. She died on October 4, 1582.

Reflection. —”After all I die a child of the Church.” These were the Saint’s last words. They teach us the lesson of her life—to trust in humble, childlike obedience to our spiritual guides as the surest means of salvation.
Lives Of The Saints By Alban Butler, Benziger Bros. Edition www.globalgrey.co.uk