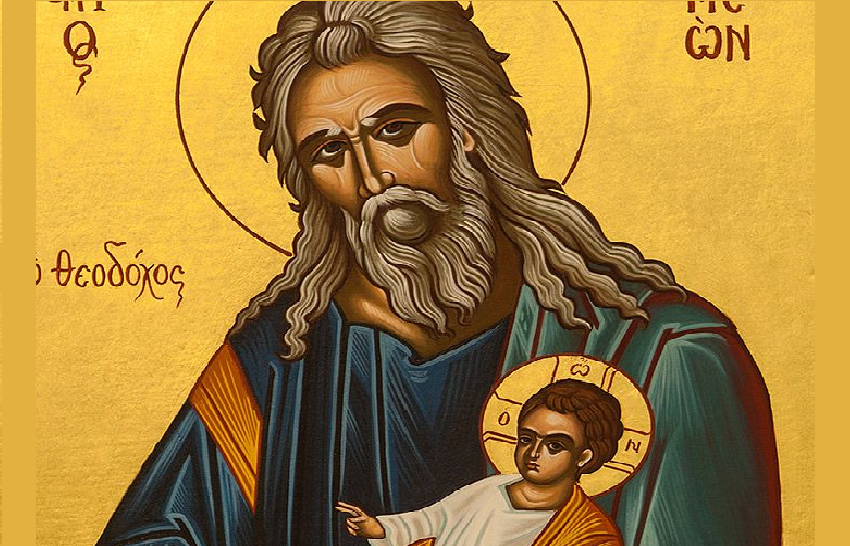 ST. SIMEON was the son of Cleophas, otherwise called Alpheus, brother to St. Joseph, and of Mary, sister to the Blessed Virgin. He was therefore nephew both to St. Joseph and to the Blessed Virgin, and cousin to Our Saviour. We cannot doubt but that he was ail early follower of Christ, and that he received the Holy Ghost on the day of Pentecost, with the Blessed Virgin and the apostles. When the Jews massacred St. James the Lesser, his brother Simeon reproached them for their atrocious cruelty. St. James, Bishop of Jerusalem, being put to death in the year 62, twenty-nine years after Our Saviour’s Resurrection, the apostles and disciples met at Jerusalem to appoint him a successor. They unanimously chose St. Simeon, who had probably before assisted his brother in the government of that Church.
In the year 66, in which Sts. Peter and Paul suffered martyrdom at Rome, the civil war began in Judea, by the seditions of the Jews against the Romans. The Christians in Jerusalem were warned by God of the impending destruction of that city. They therefore departed out of it the same year, —before Vespasian, Nero’s general, and afterwards emperor, entered Judea,—and retired beyond Jordan to a small city called Pella, having St. Simeon at their head. After the taking and burning of Jerusalem they returned thither again, and settled themselves amidst its ruins, till Adrian afterwards entirely razed it. The Church here flourished, and multitudes of Jews were converted by the great number of prodigies and miracles wrought in it.
Vespasian and Domitian had commanded all to be put to death who were of the race of David. St. Simeon had escaped their searches; but, Trajan having given the same order, certain heretics and Jews accused the Saint, as being both of the race of David and a Christian, to Atticus, the Roman governor in Palestine. The holy bishop was condemned to be crucified. After having undergone the usual tortures during several days, which, though one hundred and twenty years old, he suffered with so much patience that he drew on him a universal admiration, and that of Atticus in particular, he died in 107. He must have governed the Church of Jerusalem about forty-three years.

Reflection. —We bear the name of Christians, but are full of the spirit of worldlings, and our actions are infected with the poison of the world. We secretly seek ourselves, even when we flatter ourselves that God is our only aim; and whilst we undertake to convert the world, we suffer it to pervert us. When shall we begin to study to crucify our passions and die to ourselves, that we may lay a solid foundation of true virtue and establish its reign in our hearts?
Lives Of The Saints By Alban Butler, Benziger Bros. Edition www.globalgrey.co.uk