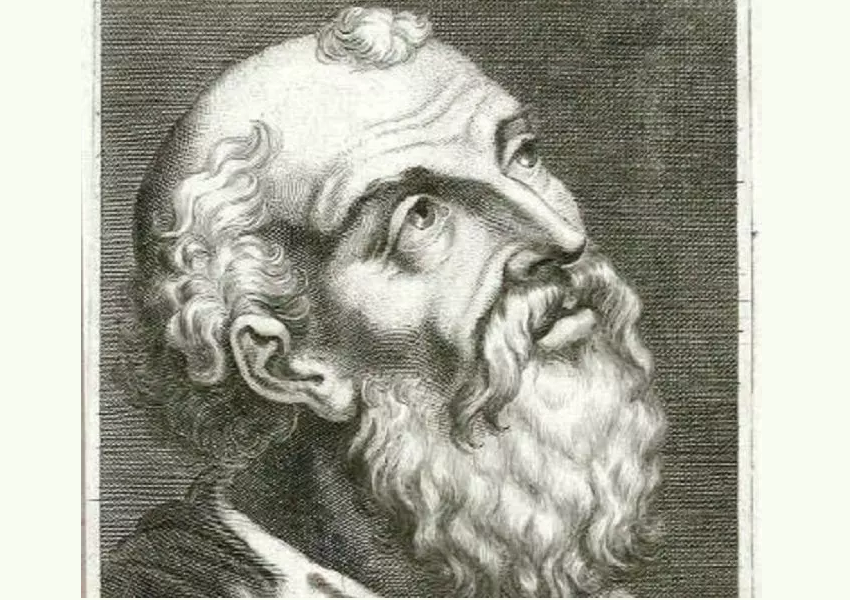 SILVERIUS was son of Pope Hermisdas, who had been married before he entered the ministry. Upon the death of St. Agapetas, after a vacancy of forty-seven days, Silverius, then subdeacon, was chosen Pope, and ordained on the 8th of June, 536.

Theodora, the empress of Justinian, resolved to promote the sect of the Acephali. She endeavored to win Silverius over to her interest, and wrote to him, ordering that he should acknowledge Anthimus lawful bishop, or repair in person to Constantinople and reëxamine his cause on the spot. Without the least hesitation or delay, Silverius returned her a short answer, by which he peremptorily gave her to understand that he neither could nor would obey her unjust demands and betray the cause of the Catholic faith. The empress, finding that she could expect nothing from him, resolved to have him deposed. Vigilius, archdeacon of the Roman Church, a man of address, was then at Constantinople. To him the empress made her application, and finding him taken by the bait of ambition, promised to make him Pope, and to
184 Lives Of The Saints By Alban Butler, Benziger Bros. Edition www.globalgrey.co.uk
bestow on him seven hundred pieces of gold, provided he would engage himself to condemn the Council of Chalcedon and receive to Communion the three deposed Eutychian patriarchs, Anthimus of Constantinople, Severus of Antioch, and Theodosius of Alexandria. The unhappy Vigilius having assented to these conditions, the empress sent him to Rome, charged with a letter to the general Belisarius, commanding him to drive out Silverius and to contrive the election of Vigilius to the pontificate. Vigilius urged the general to execute the project. The more easily to carry out this project the Pope was accused of corresponding with the enemy and a letter was produced which was pretended to have been written by him to the king of the Goths, inviting him into the city, and promising to open the gates to him. Silverius was banished to Patara in Lycia. The bishop of that city received the illustrious exile with all possible marks of honor and respect; and thinking himself bound to undertake his defense, repaired to Constantinople, and spoke boldly to the emperor, terrifying him with the threats of the divine judgments for the expulsion of a bishop of so great a see, telling him, “There are many kings in the world, but there is only one Pope over the Church of the whole world.” It must be observed that these were the words of an Oriental bishop, and a clear confession of the supremacy of the Roman See. Justinian appeared startled at the atrocity of the proceedings, and gave orders that Silverius should be sent back to Rome, but the enemies of the Pope contrived to prevent it, and he was intercepted on his road toward Rome and carried to a desert island, where he died on the 20th of June, 538.’
Lives Of The Saints By Alban Butler, Benziger Bros. Edition www.globalgrey.co.uk