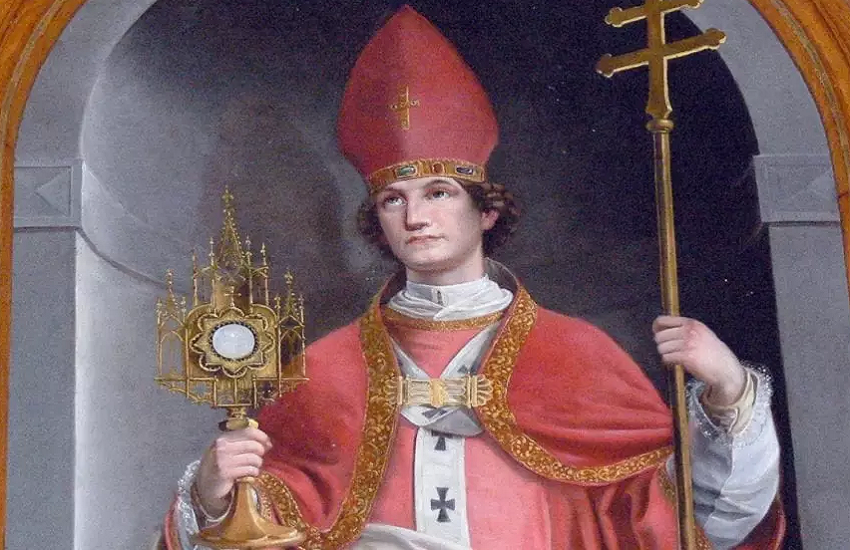 IN 1132 Robert was a monk at Whitby, England, when news arrived that thirteen religious had been violently expelled from the Abbey of St. Mary, in York, for having proposed to restore the strict Benedictine rule. He at once set out to join them, and found them on the banks of the Skeld, near Ripon, living in the midst of winter in a hut made of hurdles and roofed with turf. In the spring they affiliated themselves to St. Bernard’s reform at Clairvaux, and for two years struggled on in extreme poverty. At length the fame of their sanctity brought another novice, Hugh, Dean of York, who endowed the community with all his wealth, and thus laid the foundation of Fountains Abbey. In 1137 Raynulph, Baron of Morpeth, was so edified by the example of the monks at Fountains that he built them a monastery in Northumberland, called Newminster, of which St. Robert became abbot. The holiness of his life, even more than his words, guided his brethren to perfection, and within the next ten years three new communities went forth from this one house to become centres of holiness in other parts. The abstinence of St. Robert in refectory alone sufficed to maintain the mortified spirit of the community. One Easter Day, his stomach, weakened by the fast of Lent, could take no food, and he at last consented to try to eat some bread sweetened with honey. Before it was brought, he felt this relaxation would be a dangerous example for his subjects, and sent the food untouched to the poor at the gate. The plate was received by a young man of shining countenance, who straightway disappeared. At the next meal the plate descended empty, and by itself, to the abbot’s place in the refectory, proving that what the Saint sacrificed for his brethren had been accepted by Christ. At the moment of Robert’s death, in 1159, St. Godric, the hermit of Finchale, saw his soul, like a globe of fire, borne up by the angels in a pathway of light; and as the gates of heaven opened before them, a voice repeated twice, “Enter now, my friends.”

Reflection. —Reason and authority prove that virtue aught to be practised. But facts alone prove that it is practised; and this is why examples have more power to move our souls, and why our individual actions are of such fearful importance for ethers as well as for ourselves.