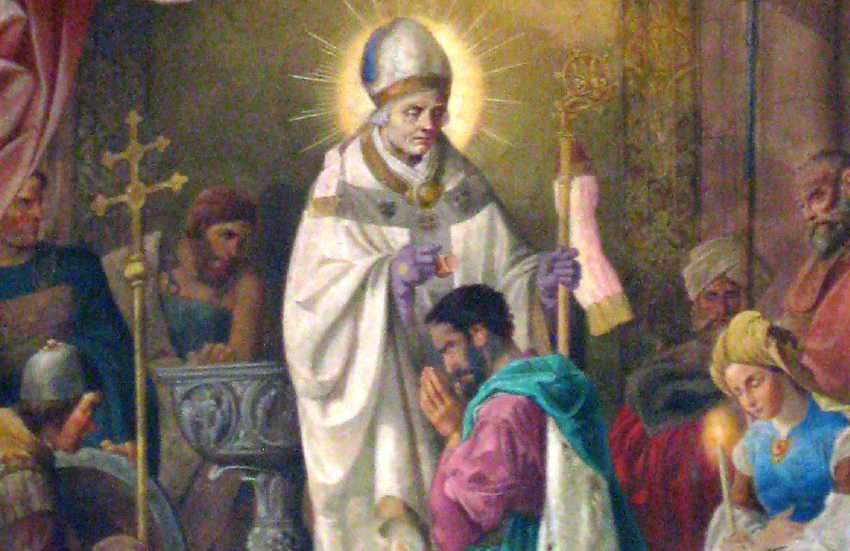 REMIGIUS, or Remi, was born of noble and pious parents. At the age of twenty-two, in spite of the canons and of his own reluctance, he was acclaimed Archbishop of Rheims. He was unusually tall, his face impressed with blended majesty and serenity, his bearing gentle, humble, and retiring. He was learned and eloquent, and had the gift of miracles. His pity and charity were boundless, and in toil he knew no weariness. His body was the outward expression of a noble and holy soul, breathing the spirit of meekness and compunction. For so choice a workman God had fitting work. The South of France was in the hands of Arians, and the pagan Franks were wresting the North from the Romans. St. Remigius confronted Clovis, their king, and converted and baptized him at Christmas, in 496. With him he gained the whole Frank nation. He threw down the idol altars, built churches, and appointed bishops. He withstood and silenced the Arians, and converted so many that he left France a Catholic kingdom, its king the oldest and at the time the only crowned son of the Church. He died in 533, after an episcopate of seventy-four years, the longest on record.

Reflection. — Few men have had such natural advantages and such gifts of grace as St. Remi, and few have done so great a work. Learn from him to bear the world’s praise as well as its scorn with a lowly and chastened heart.