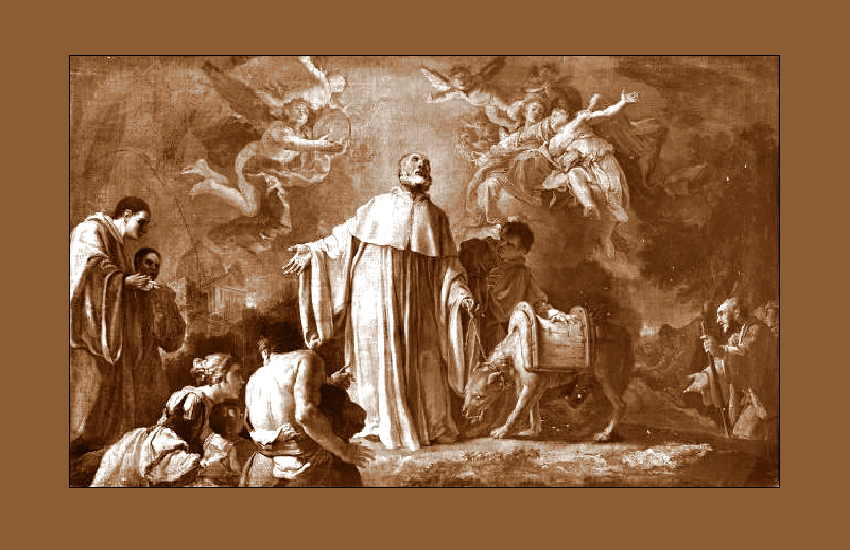 ST. PROSPER was born at Aquitaine, in the year 403. His works show that in his youth he had happily applied himself to all the branches both of polite and sacred learning. On account of the purity and sanctity of his manners, he is called by those of his age a holy and venerable man. Our Saint does not appear to have been any more than a layman; but being of great virtue, and of extraordinary talents and learning, he wrote several works in which he ably refuted the errors of heresy. St. Leo the Great, being chosen Pope in 440, invited St. Prosper to Rome, made him his secretary, and employed him in the most important affairs of the Church. Our Saint crushed the Pelagian heresy, which began again to raise its head in that capital, and its final overthrow is said to be due to his zeal, learning, and unwearied endeavors. The date of his death is uncertain, but he was still living in 463.

ST. WILLIAM, having lost his father and mother in his infancy, was brought up by his friends in great sentiments of piety; and at fifteen years of age, out of an earnest desire to lead a penitential life, he left Piedmont, his native country, made an austere pilgrimage to St. James’s in Galicia, and afterward retired into the kingdom of Naples, where he chose for his abode a desert mountain, and lived in perpetual contemplation and the exercises of most rigorous penitential austerities. Finding himself discovered and his contemplation interrupted, he changed his habitation and settled in a place called Monte-Vergine, situated between Nola and Benevento, in the same kingdom; but his reputation followed him, and he was obliged by two neighboring priests to permit certain fervent persons to live with him and to imitate his ascetic practices. Thus, in 1119, was laid the foundation of the religious congregation called de Monte-Vergine. The Saint died on the 25th of June, 1142.