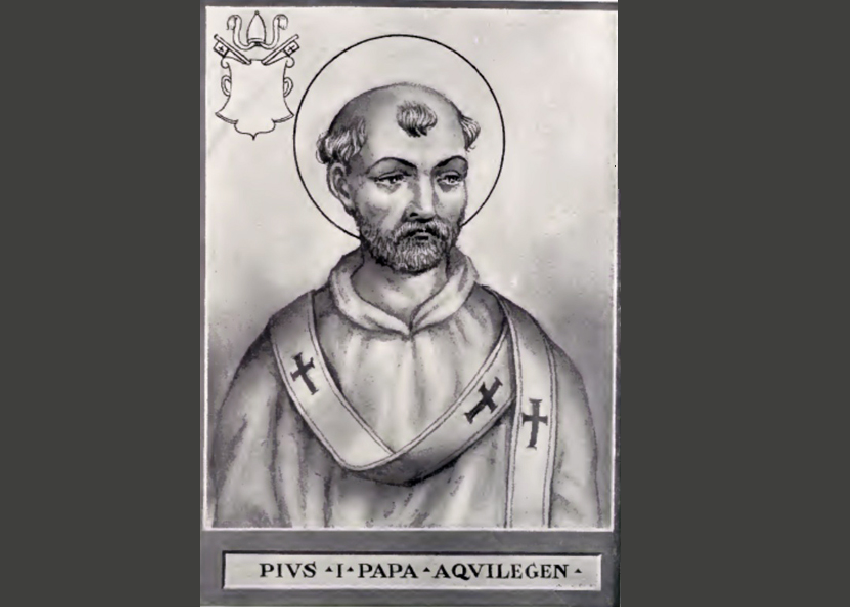 St. Pius I, a great Pope of the Second Century, is said by tradition to have established a baptistery in the house of the Pudenti, or de Pastore. His brother is the author of the Shepherd of Hermas which has been styled “a vast examination of the conscience of the Roman Church at the end of the first half of the Second Century.” To St. Pius is attributed the fixation of the feast of the Resurrection on Sunday, which day then became the central Sunday of the year. He was buried in the Vatican.