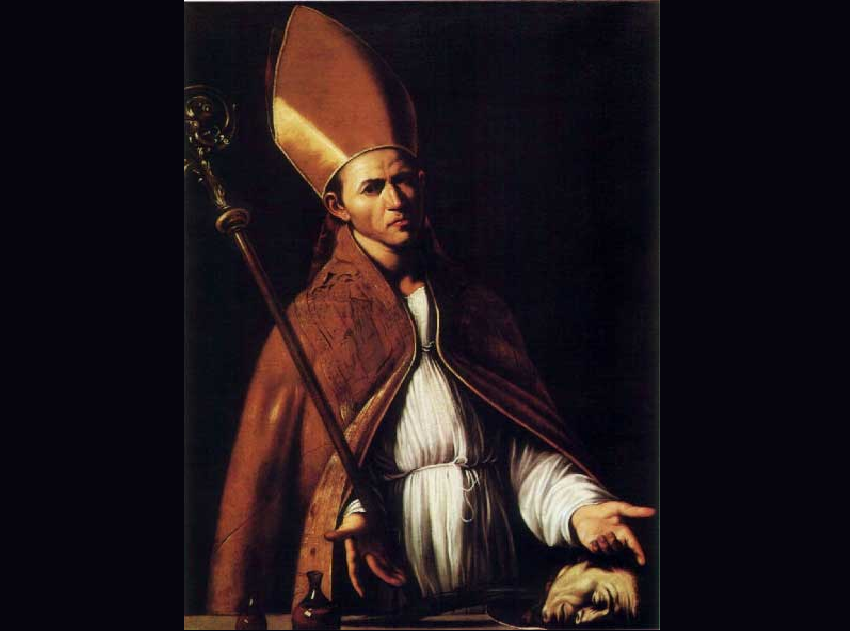 PAULINUS was of a family which boasted of a long line of senators, prefects, and consuls. He was educated with great care, and his genius and eloquence, in prose and verse, were the admiration of St. Jerome and St. Augustine. He had more than doubled his wealth by marriage, and was one of the foremost men of his time. Though he was the chosen friend of Saints, and had a great devotion to St. Felix of Nola, he was still only a catechumen, trying to serve two masters. But God drew him to Himself along the way of sorrows and trials. He received baptism, withdrew into Spain to be alone, and then, in consort with his holy wife, sold all their vast estates in various parts of the empire, distributing their proceeds so prudently that St. Jerome says East and West were filled with his alms. He was then ordained priest, and retired to Nola in Campania. There he rebuilt the Church of St. Felix with great magnificence, and served it night and day, living a life of extreme abstinence and toil. In 409 he was chosen bishop, and for more than thirty years so ruled as to be conspicuous in an age blessed with many great and wise bishops. St. Gregory the Great tells us that when the Vandals of Africa had made a descent on Campania, Paulinus spent all he had in relieving the distress of his people and redeeming them from slavery. At last there came a poor widow; her only son had been carried off by the son-in-law of the Vandal king. “Such as I have I give thee,” said the Saint to her; “we will go to Africa, and I will give myself for your son.” Having overborne her resistance, they went, and Paulinus was accepted in place of the widow’s son, and employed as gardener. After a time the king found out, by divine interposition, that his son-in-law’s slave was the great Bishop of Nola. He at once set him free, granting him also the freedom of all the townsmen of Nola who were in slavery. One who knew him well says he was meek as Moses, priestlike as Aaron, innocent as Samuel, tender as David, wise as Solomon, apostolic as Peter, loving as John, cautious as Thomas, keen-sighted as Stephen, fervent as Apollos. He died in 431.

Reflection. —”Go to Campania,” writes St. Augustine; “there study Paulinus, that choice servant of God. With what generosity, with what still greater humility, he has flung from him the burden of this world’s grandeurs to take on him the yoke of Christ, and in His service how serene and unobtrusive his life!”