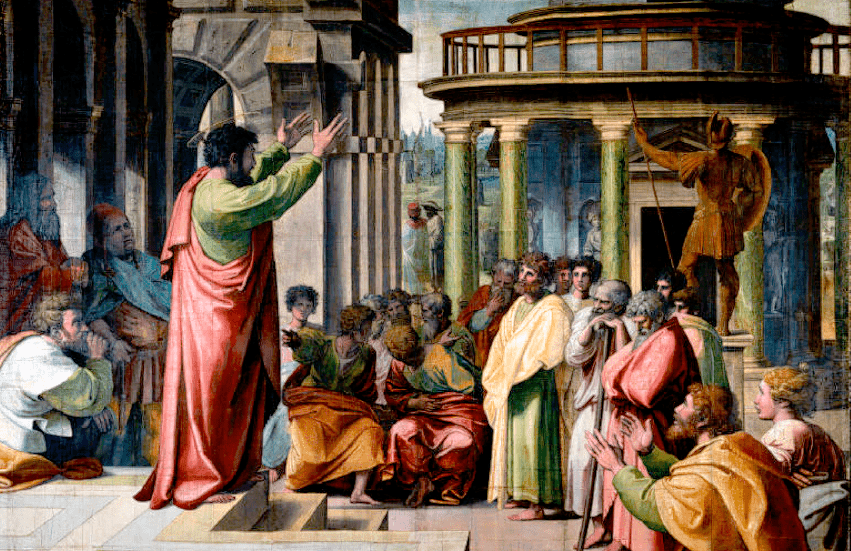 ST. PAUL was born at Tarsus, of Jewish parents, and studied at Jerusalem, at the feet of Gamaliel. While still a young man, he held the clothes of those who stoned the proto-martyr Stephen; and in his restless zeal he pressed on to Damascus, “breathing out threatenings and slaughter against the disciples of Christ.” But near Damascus a light from heaven struck him to the earth. He heard a voice which said, “Why persecutest thou Me? ” He saw the form of Him Who had been crucified for his sins, and then for three days he saw nothing more. He awoke from his trance another man—a new creature in Jesus Christ. He left Damascus for a long retreat in Arabia, and then, at the call of God, he carried the Gospel to the uttermost limits of the world, and for years he lived and labored with no thought but the thought of Christ crucified, no desire but to spend and be spent for Him. He became the apostle of the Gentiles, whom he had been taught to hate, and wished himself anathema for his own countrymen, who sought his life. Perils by land and sea could not damp his courage, nor toil and suffering and age dull the tenderness of his heart. At last he gave blood for blood. In his youth he had imbibed the false zeal of the Pharisees at Jerusalem, the holy city of the former dispensation. With St. Peter he consecrated Rome, our holy city, by his martyrdom, and poured into its Church all his doctrine with all his blood. He left fourteen Epistles, which have been a fountain-head of the Church’s doctrine, the consolation and delight of her greatest Saints. His interior life, so far as words can tell it, lies open before us in these divine writings, the life of one who has died forever to himself and risen again in Jesus Christ. “In what,” says St. Chrysostom, “in what did this blessed one gain an advantage over the other apostles? How comes it that he lives in all men’s mouths throughout the world? Is it not through the virtue of his Epistles?” Nor will his work cease while the race of man continues. Even now, like a most chivalrous knight, he stands in our midst, and takes captive every thought to the obedience of Christ.