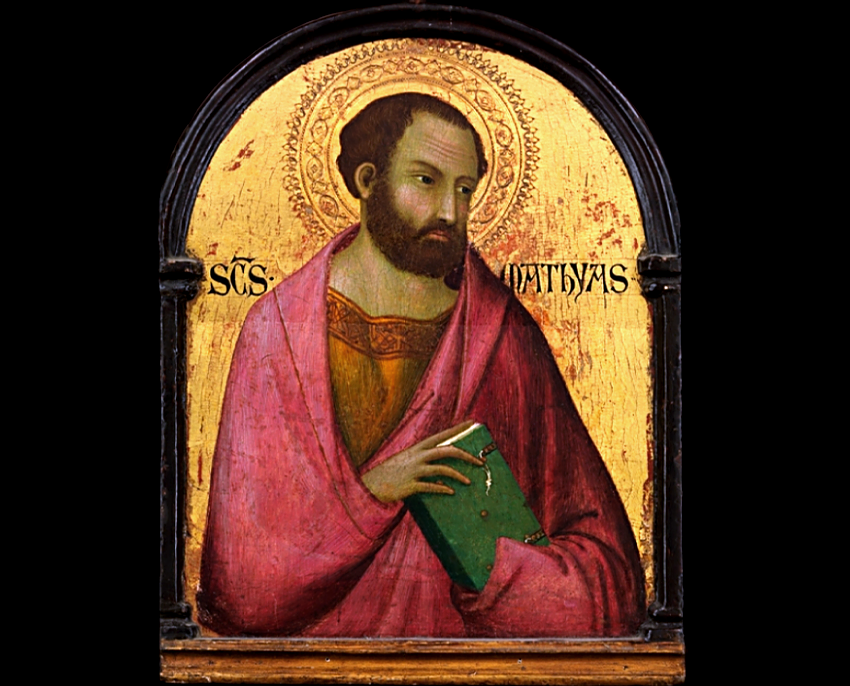 AFTER our blessed Lord’s Ascension His disciples met together, with Mary His mother and the eleven apostles, in an upper room at Jerusalem. The little company numbered no more than one hundred and twenty souls. They were waiting for the promised coining of the Holy Ghost, and they persevered in prayer. Meanwhile there was a solemn act to be performed on the part of the Church, which could not be postponed. The place of the fallen Judas must be filled up, that the elect number of the apostles might be complete. St. Peter, therefore, as Vicar of Christ, arose to announce the divine decree. That which the Holy Ghost had spoken by the mouth of David concerning Judas, he said, must be fulfilled. Of him it had been written, “His bishopric let another take.” A choice, therefore, was to be made of one among those who had been their companions from the beginning, who could bear witness to the Resurrection of Jesus. Two were named of equal merit, Joseph called Barsabas, and Matthias. Then, after praying to God, Who knows the hearts of all men, to show which of these He had chosen, they cast lots, and the lot fell upon Matthias, who was forthwith numbered with the apostles. It is recorded of the Saint, thus wonderfully elected to so high a vocation, that he was above all remarkable for his mortification of the flesh. It was thus that he made his election sure.

Reflection. —Our ignorance of many points in St. Matthias’s life serves to fix the attention all the more firmly upon these two—the occasion of his call to the apostolate, and the fact of his perseverance. We then naturally turn in thought to our own vocation and our own end.
Lives Of The Saints By Alban Butler, Benziger Bros. Edition www.globalgrey.co.uk